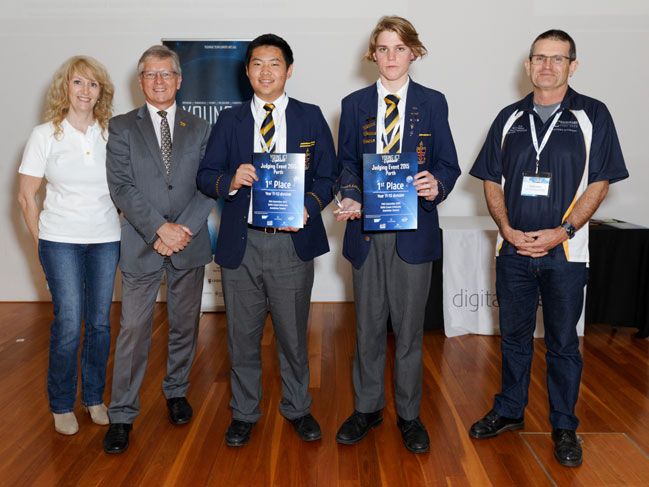 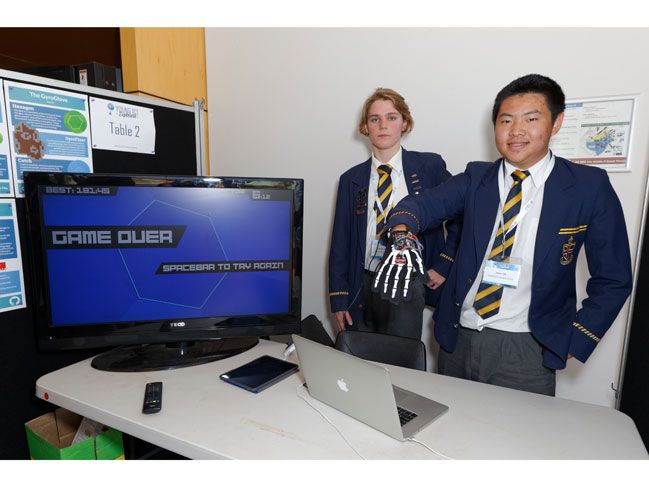 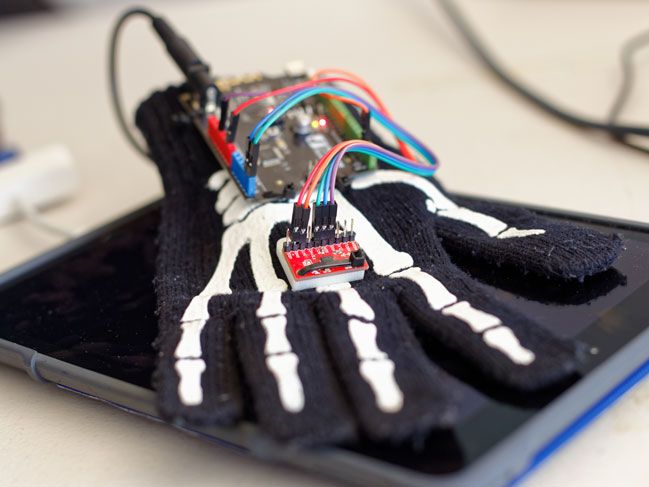 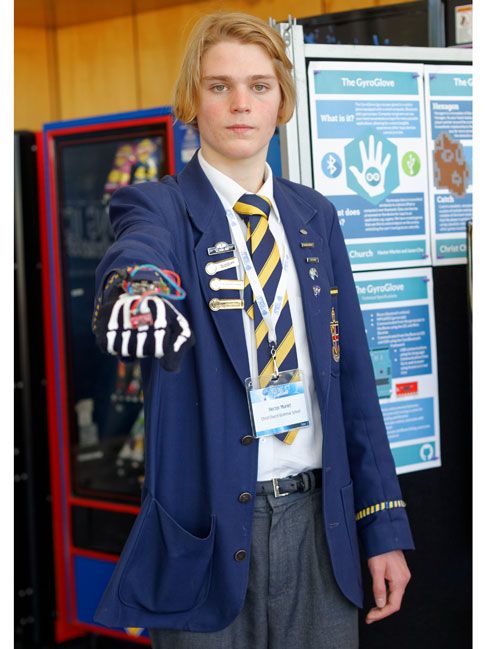 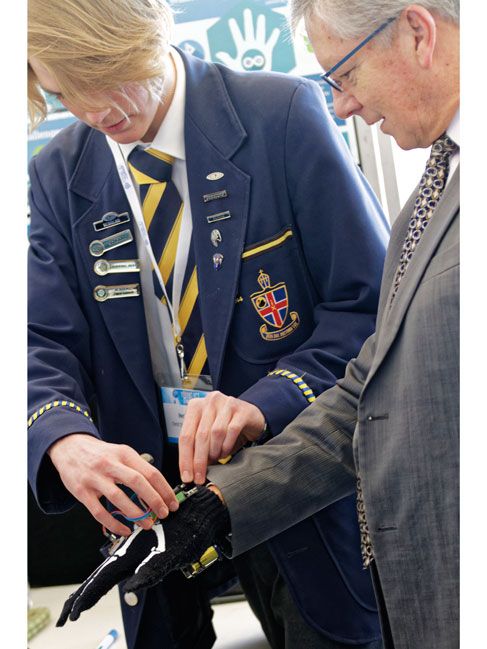 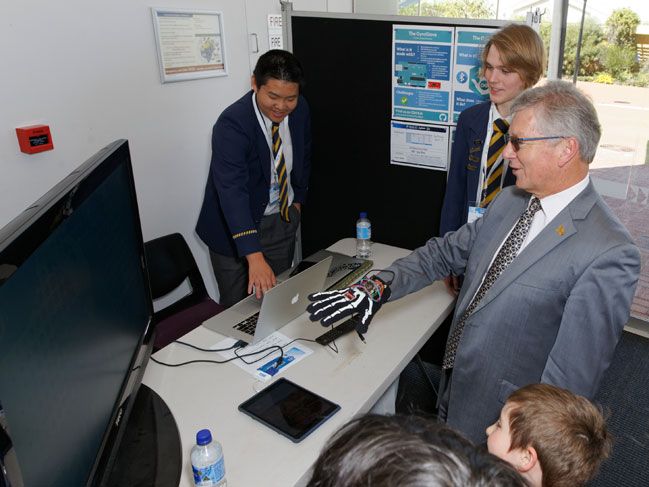 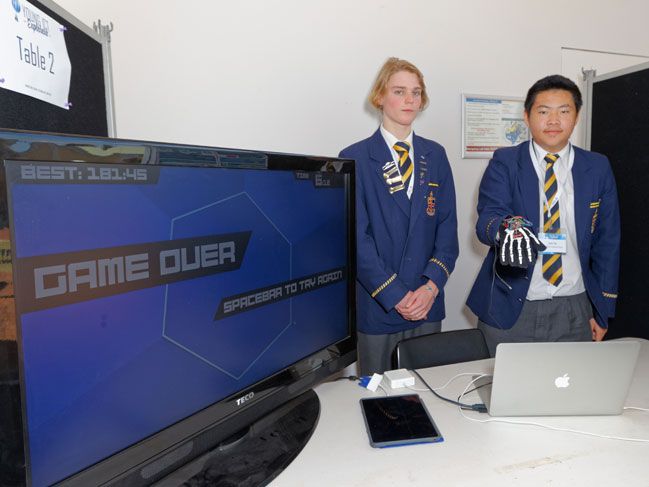 Hector Morlet (Year 11) and Jason Chu (Year 11) have been awarded for their ingenuity, taking out first place in the Young ICT Explorers Award.

A part of their Programming for iOS course, the boys designed and built an ‘arcade game’ application for an iPad. They then decided to expand the project by creating a wireless gaming glove, the Gyroglove.

Nominated by Design and Technology teacher Mr Patrick Louden, the boys connected a gyroscope accelerometer board to an arduino board, then connected these back to the iPad using Bluetooth.

Mr Louden said he was extremely proud of the boys, winning first place in the Year 11 and 12 category, as well as the Student Choice category.

“Since creating their first game in Semester One, Hector and Jason have created another two games. All three were on display at the Young ICT Explorers Award” he said.

Following their success, Hector and Jason have been offered a place at the Nationals final to take place in November.