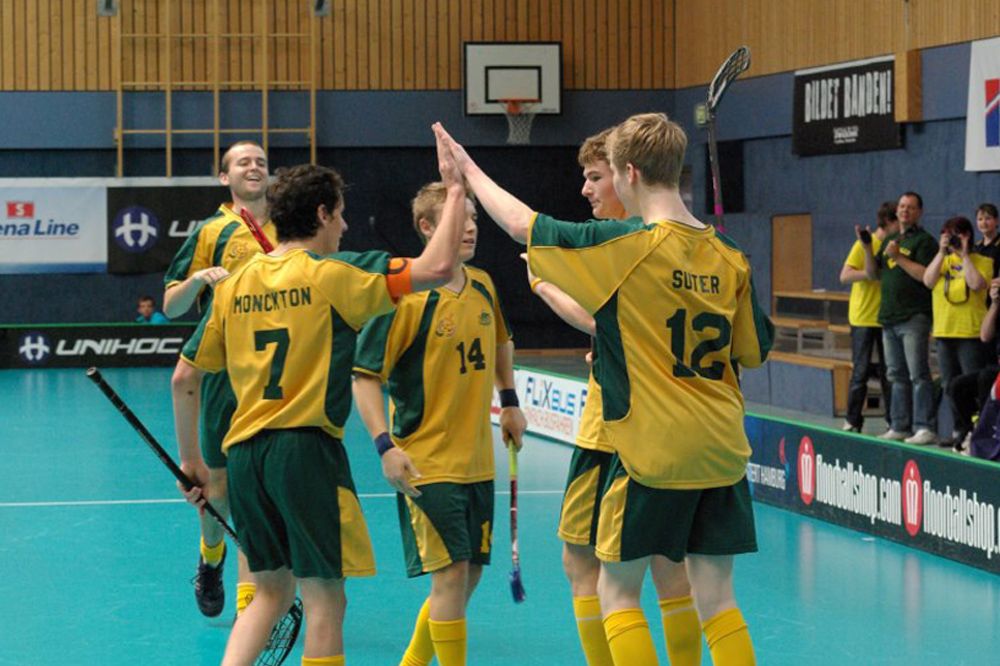 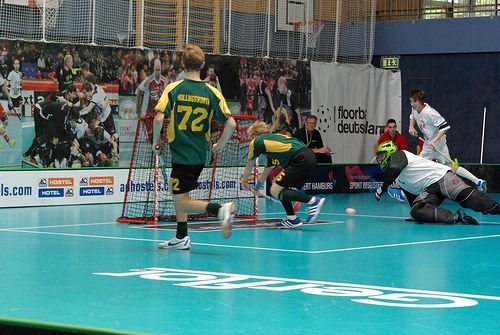 Three Year 12 students and one old boy were members of the Australian Men’s Under 19 World Floorball Team, which competed at the world championships in Hamburg, Germany, last month.

Andrew Hay, James Hollingsworth, Lukas Pfeifle and Morgan Emms (Class of 2011) represented Australia in the sport, which is a type of indoor floor hockey. Floorball, which originated in Scandinavia, is similar to ice hockey but is played on a sprung wooden floor.

The three boys have been playing floorball together since Year 4. James said the friends, who played hockey in primary school, took up floorball in the off-season. “It started as a bit of a muck around but started becoming more serious when we joined the adult league,” James said.

Andrew and Lukas were invited to represent Australia based on their performance in the State’s elite league with James selected after the league finals. The team spent two weeks in Hamburg with a week of training and practice matches in the lead up to the five-day championships.

Lukas said it was great to notch up two wins in the practice games against lower grade German teams. However, the Australian team struggled to secure a victory in the championship games, as floorball is still a relatively young sport in Australia. “The European teams are a lot better,” Lukas said. “It’s played more widely and designed to be an introduction into ice hockey.”

Andrew said the team’s final game against Slovenia was the most exciting – going into overtime despite the Australians being the underdogs. “There was an app for the series with percentages of winning,” Andrew said. “They were 99 per cent and we were one per cent. We didn’t win the game but it was a good way to finish off.”

James described lining up for the National Anthem as “pretty big” and it was good to have a dedicated Australian contingent cheering the boys along. Australia finished 16th overall.

While the boys shift their focus towards final year assessments and examinations, Andrew and James said they hoped to be part of the under 19 team again in 2015. Unfortunately Lucas will miss out by just three months.