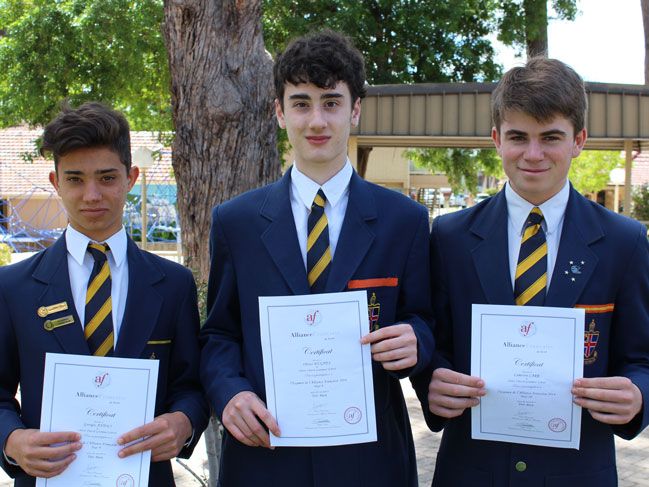 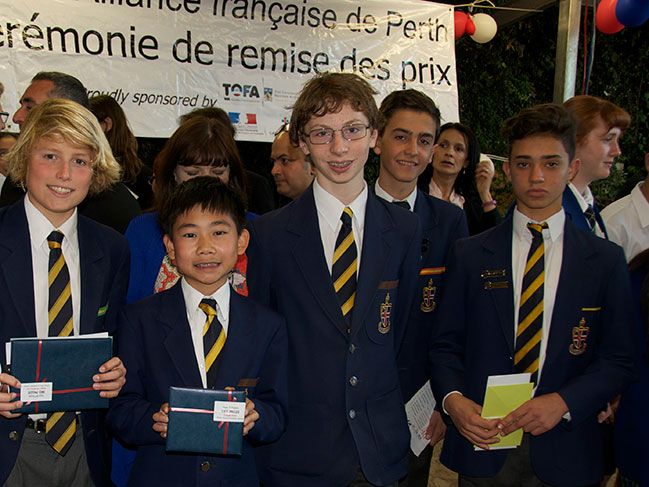 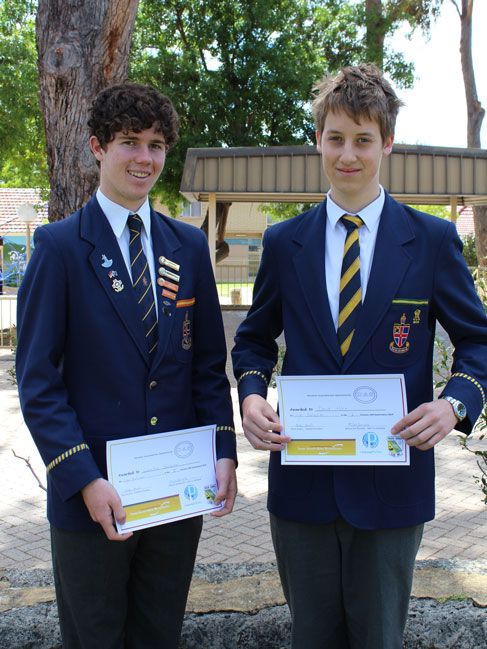 Christ Church received a number of awards in Alliance Française competitions and the German DAS Examinations, which were presented at recent assemblies.

Head of Languages Nicky Griffin-Appadoo said the Alliance Française had introduced written examinations for Year 9 students this year, in addition to Years 10, 11 and 12 examinations that have been offered for many years. It also introduced a poetry recital competition.

Mrs Griffin-Appadoo said Christ Church won all three of the new prizes created for the new award categories created for Years 9 and 10, including the top performing students in both the written examination and poetry recital combined.

In the inaugural poetry competition, students from Years 7 to 10 had a choice of two poems to learn off by heart and recite with their best, most expressive, French pronunciation. The top students from each school were selected to perform at the Alliance Française, where the judges selected the three best students from each year group.

Mrs Griffin-Appadoo said David’s achievement was all the more remarkable, given he is only in Year 11. The boys were honoured at a party organised by TAGWA and held at Christ Church this week, celebrating the award winners across the State.