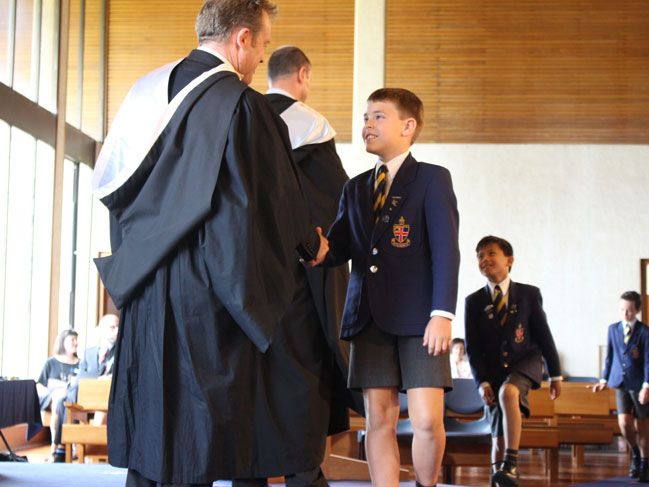 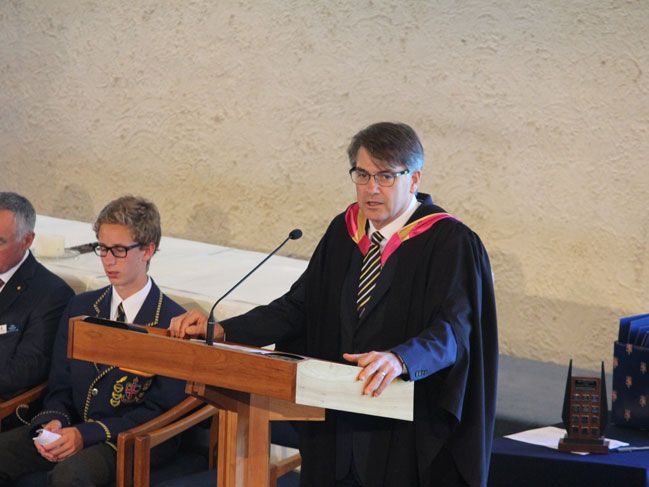 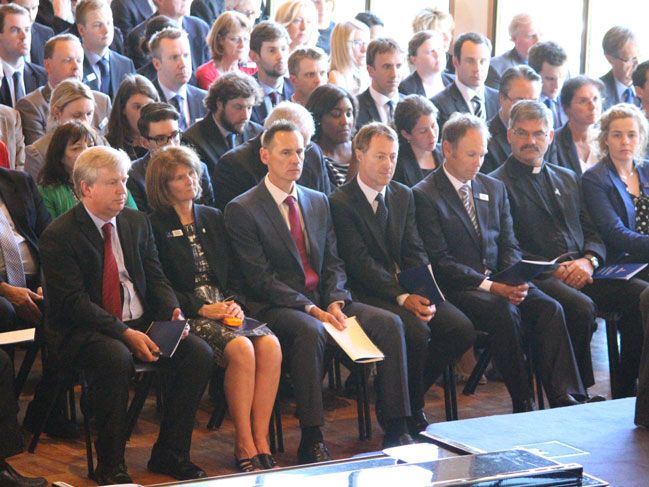 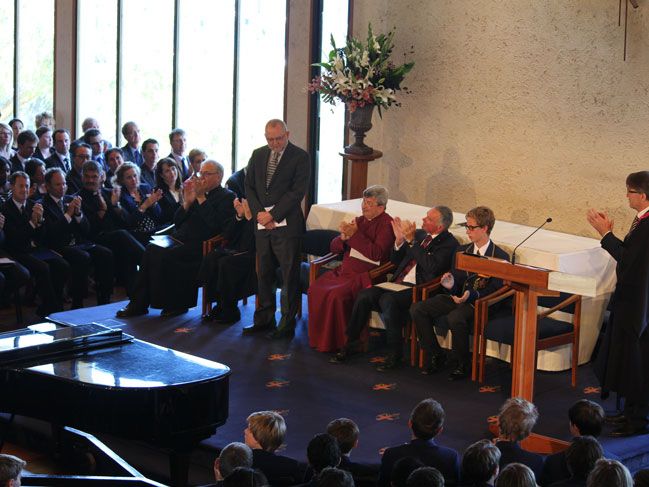 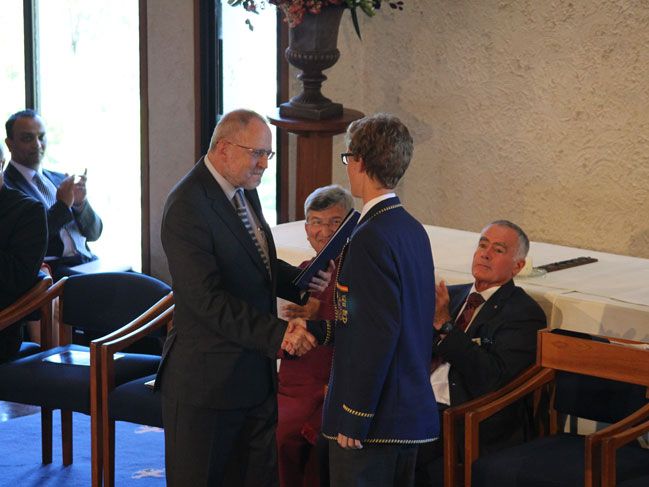 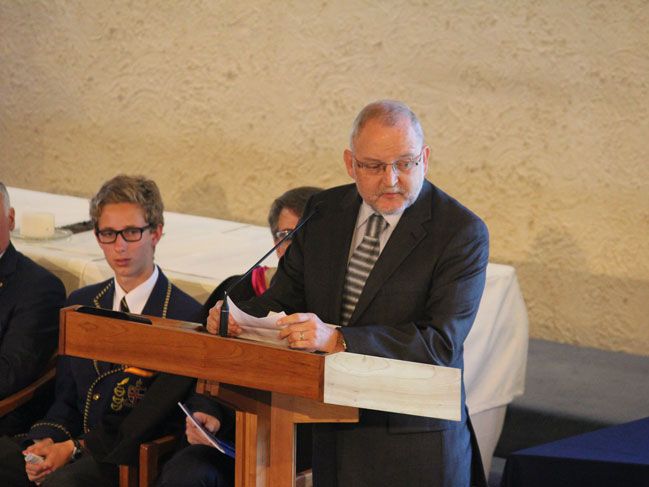 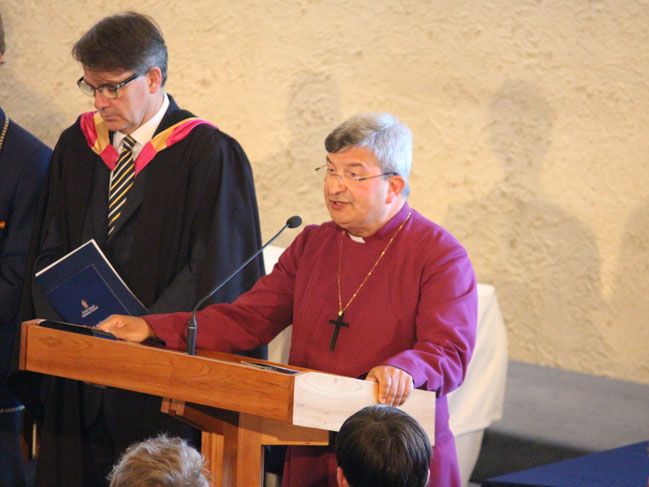 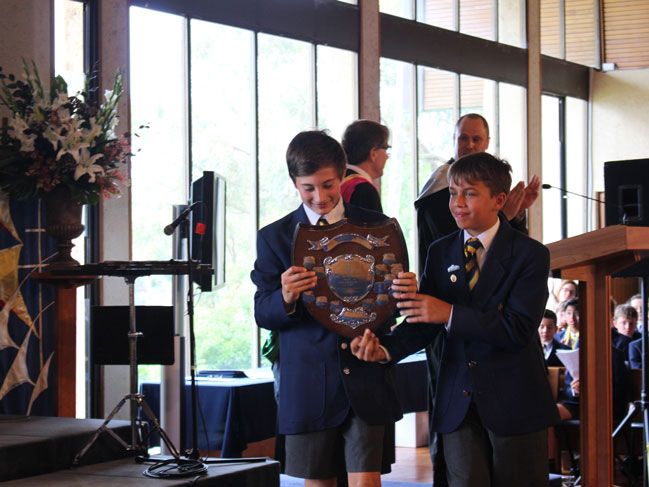 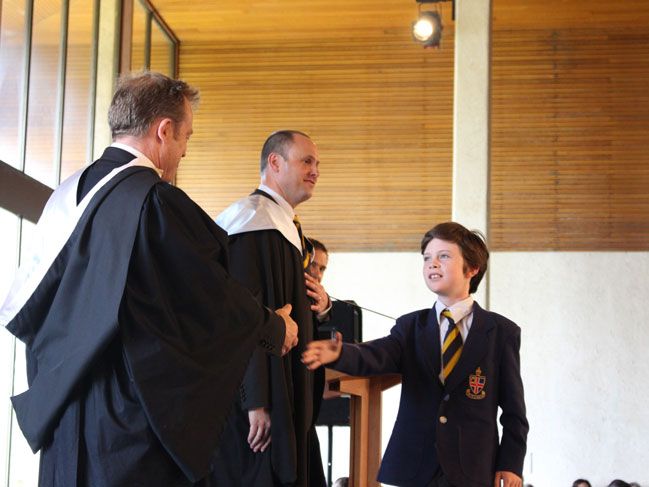 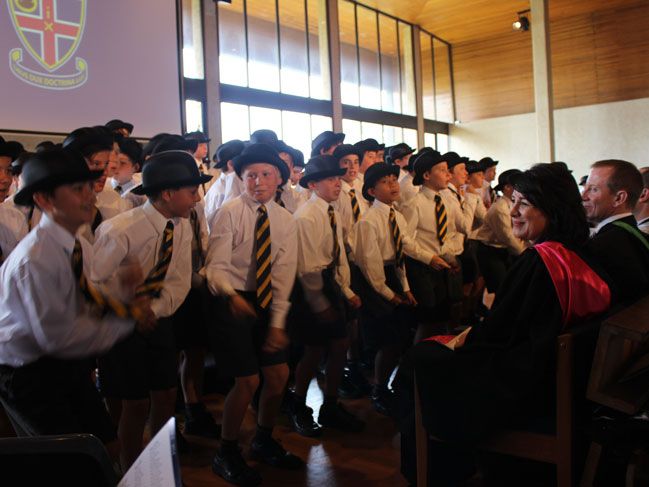 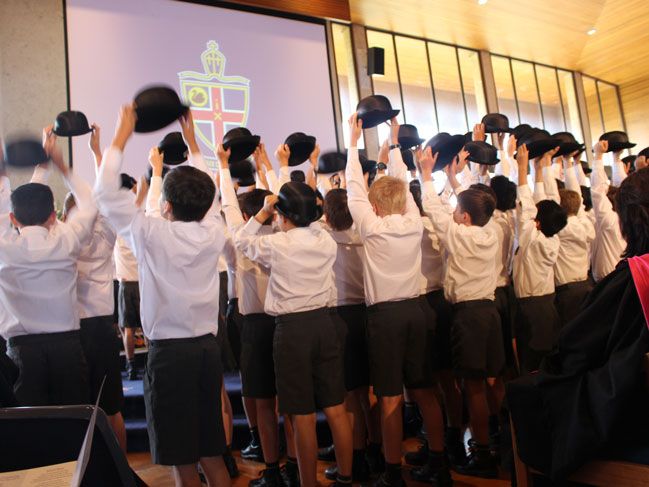 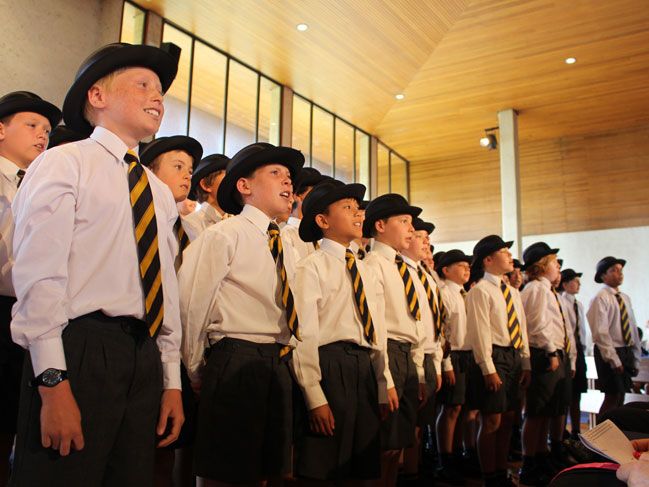 Prize giving assemblies, held in the School Chapel on Thursday and Friday, marked the end of the 2014 school year for Christ Church students and teaching staff.

On Thursday, the Senior School celebrated the academic successes of students at the final Assembly and Prize Giving for Years 7 to 11. Headmaster Garth Wynne also paid tribute to a number of departing staff members highlighting those who had given long or significant service.

The guest speaker and presenter of prizes for 2014 was Mathematics Teacher Graham Ferguson who leaves Christ Church after 30 years of service to the School. During this time, Mr Ferguson was House Master of Walters Boarding House for 14 years and managed the Year 10 ENCOMM cadet program and accompanied boys on the first Pilgrimage of Hope/Service in Action trip in 2004.

On Friday, Years 3 to 6 families attended the LW Parry Preparatory Speech Morning. The assembly recognises students in the areas of academic excellence and citizenship, marks the transition of Year 6 boys from the Prep School to the Senior School and celebrates the year that was through speeches and performance.

In his address, Head of the Preparatory School Richard Wright thanked staff for their contributions throughout the year and congratulated the Year 6 boys on their leadership. He farewelled and congratulated staff who were leaving the School, including Acting Years 5 to 6 Co-ordinator Melanie Wallis, who led the Learning Development Centre for a number of years, and Library Technician Christine Hindmarsh on her retirement after 11 years of service.

In classes, the Year 6 boys performed spoken word pieces, each capturing a perspective of how Christ Church makes them ‘happy’. This was followed by the Year 6 performance, directed by Music Teacher Stephanie Harford and featuring the Prep Rock Workshop Band, with Pharrell William’s Happy and Bird of Tokyo’s Lanterns.

Presented by their teacher, each Year 6 boy shook the hand of Mr Wright followed by Acting Head of the Senior School Mark Morrissy to mark their farewell from the Prep School and welcome into the Senior School. The whole school sang We’re all in this together as a moving finale.

Click here to view the Years 7 to 11 Prize Giving Booklet.