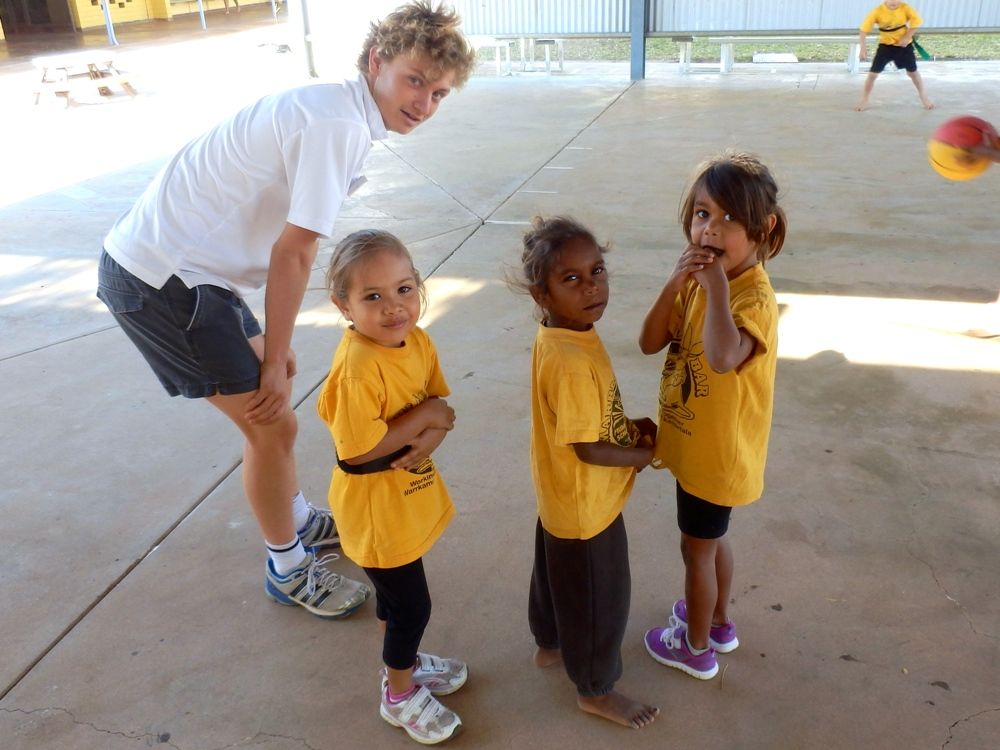 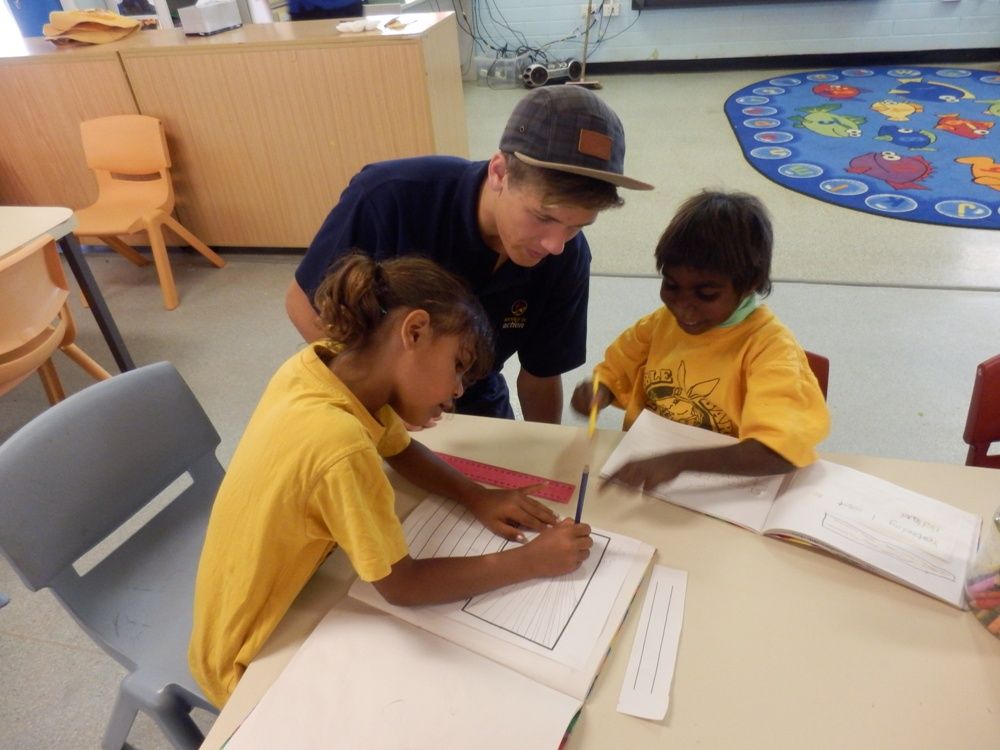 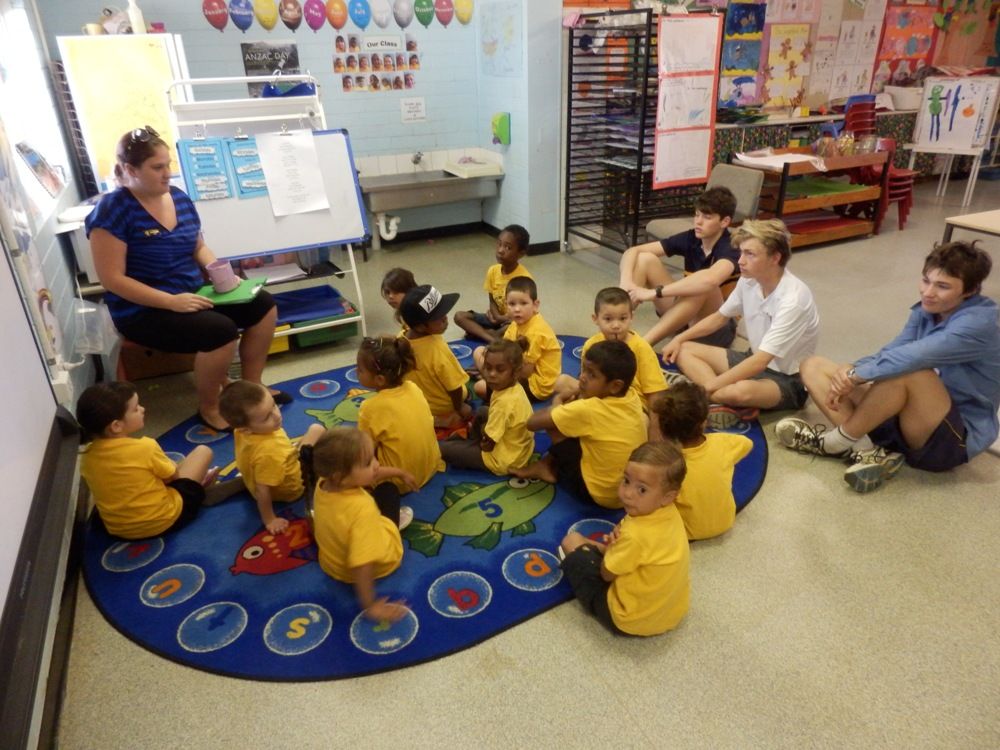 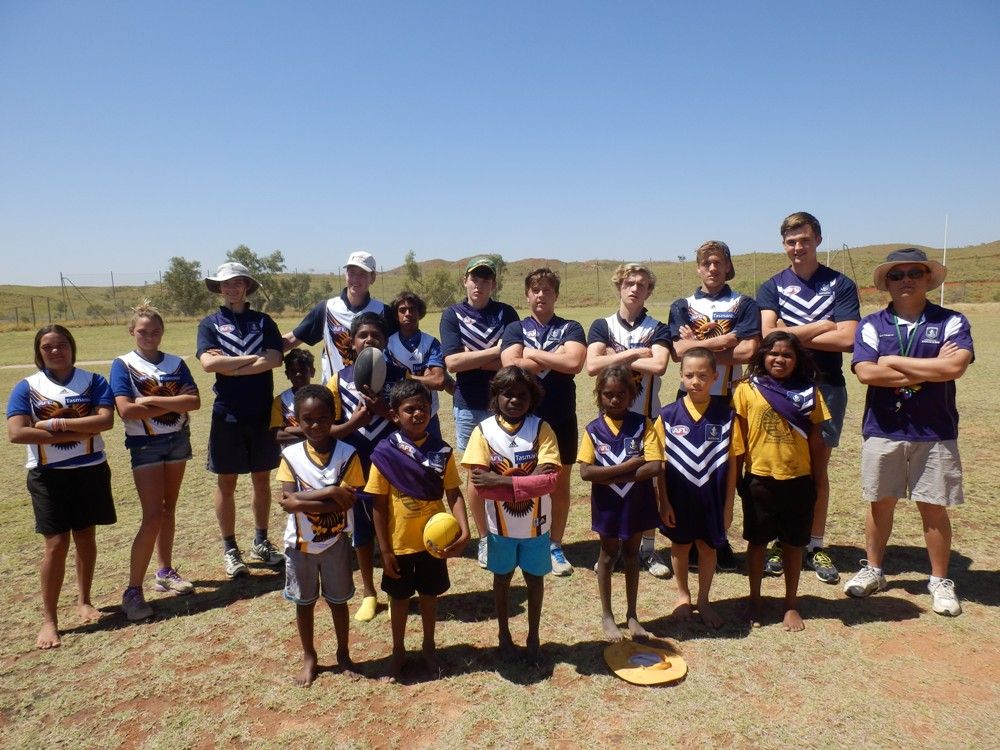 A group of Year 11 boys spent a week tutoring and mentoring primary school students in Australia’s hottest town at the end of Term 3. The experience was part of the inaugural Service in Action (SIA) trip to Marble Bar.

The group, led by SIA Director Canon Richard Pengelley and Christ Church staff member Jason Lamb, flew to Port Hedland, filled up two four wheel drives with food and water before driving about 200km inland to Marble Bar. After settling into their accommodation at the town’s recreation centre, they took the opportunity to visit a number of sights including swimming in the picturesque Carawine Gorge.

On Monday morning, they arrived early at Marble Bar Primary School ready for five days of assisting staff in the classrooms and in the playground. During the week, the boys rotated around three classrooms (Pre-Primary to Year 1, Years 2 to 4 and Years 5 to 7), engaging in one-on-one tutoring and mentoring. “We also took turns to go on the Gooda Binya Community bus run in the mornings, which picks the kids up for school,” Father Richard said.

“We joined in the lunchtime and recess footy matches and took on the handful of Senior School students in a number of epic basketball games. We also presented the school with a new set of Hawthorn AFL jumpers, which were a gift from the club.”

After school, the group assisted with youth worker-run activities in the youth centre. “The local children loved the iPads that we brought along with educational games and we joined in and facilitated a number of other activities,” he said.

Father Richard said in the evenings the boys enjoyed, or rather endured, a number his ‘mystery tours’, which took in local sights and “usually involved a fair degree of physical exertion”.

“We all took turns cooking and cleaning and we journaled and de-briefed each evening. We were sad to leave but had a wonderful time, learned a great deal about remote education and plan to be back next year.”

SIA is based on the Christian call to serve others, especially those less fortunate than ourselves. Programs and service opportunities include local, national and international experiences.