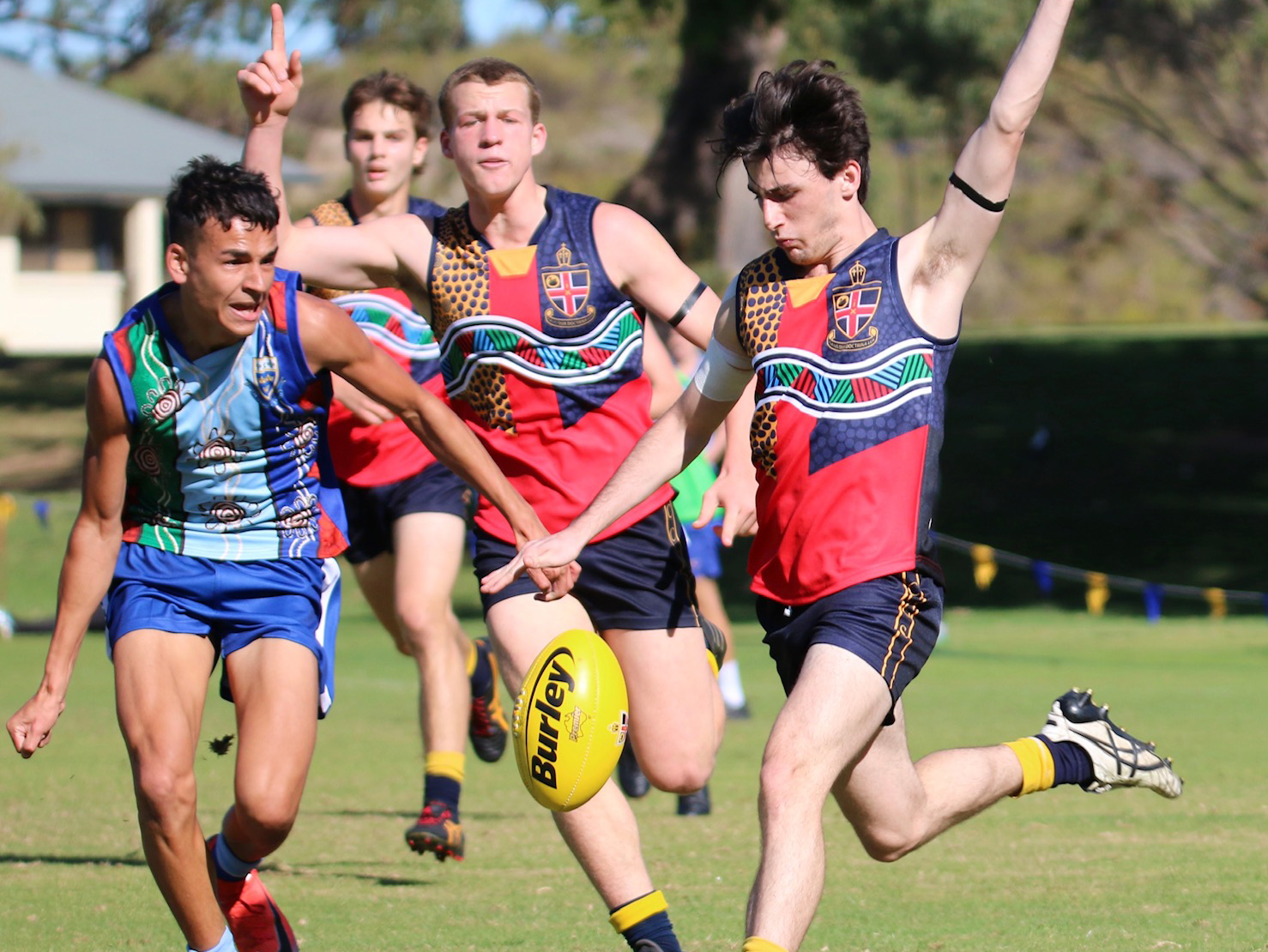 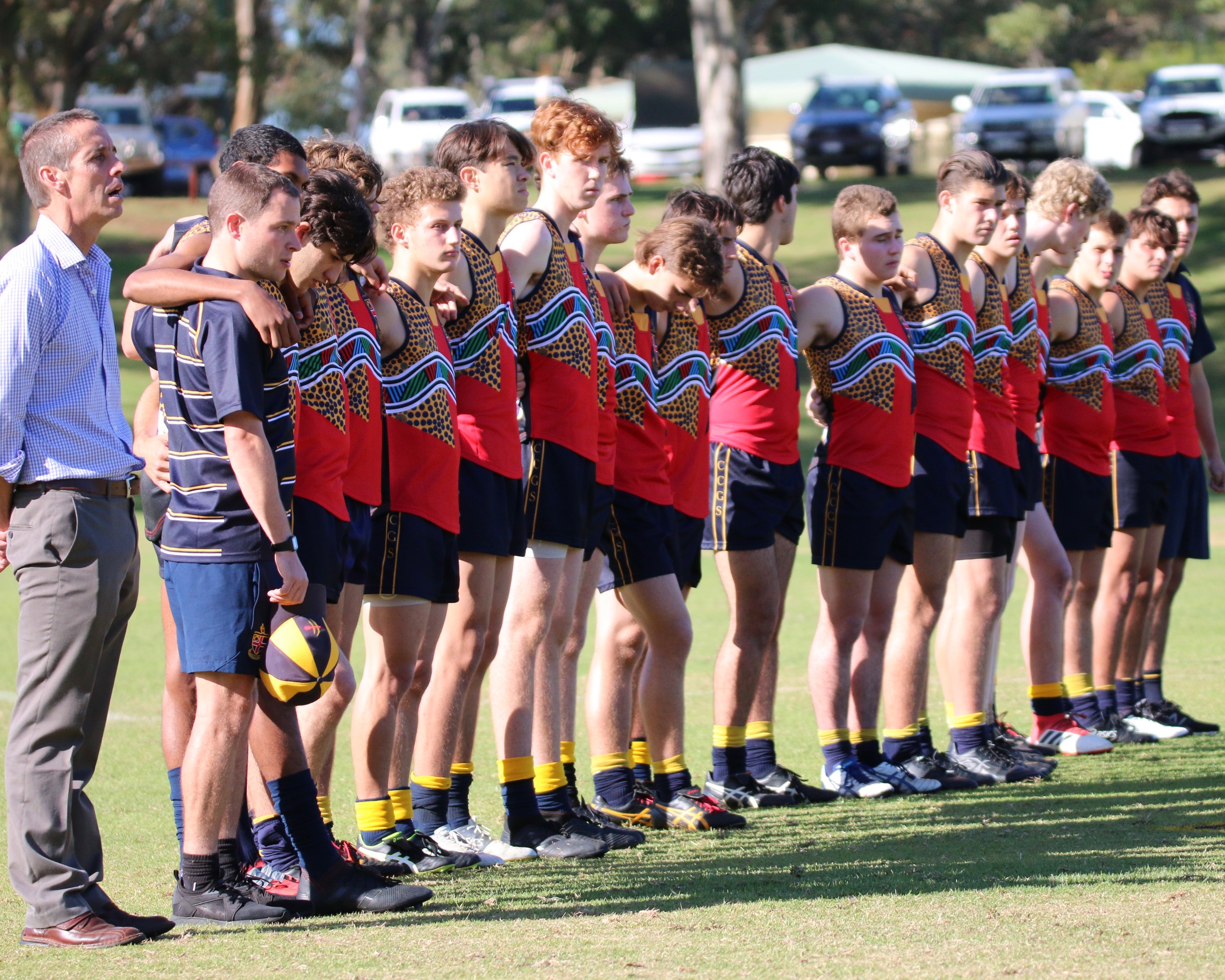 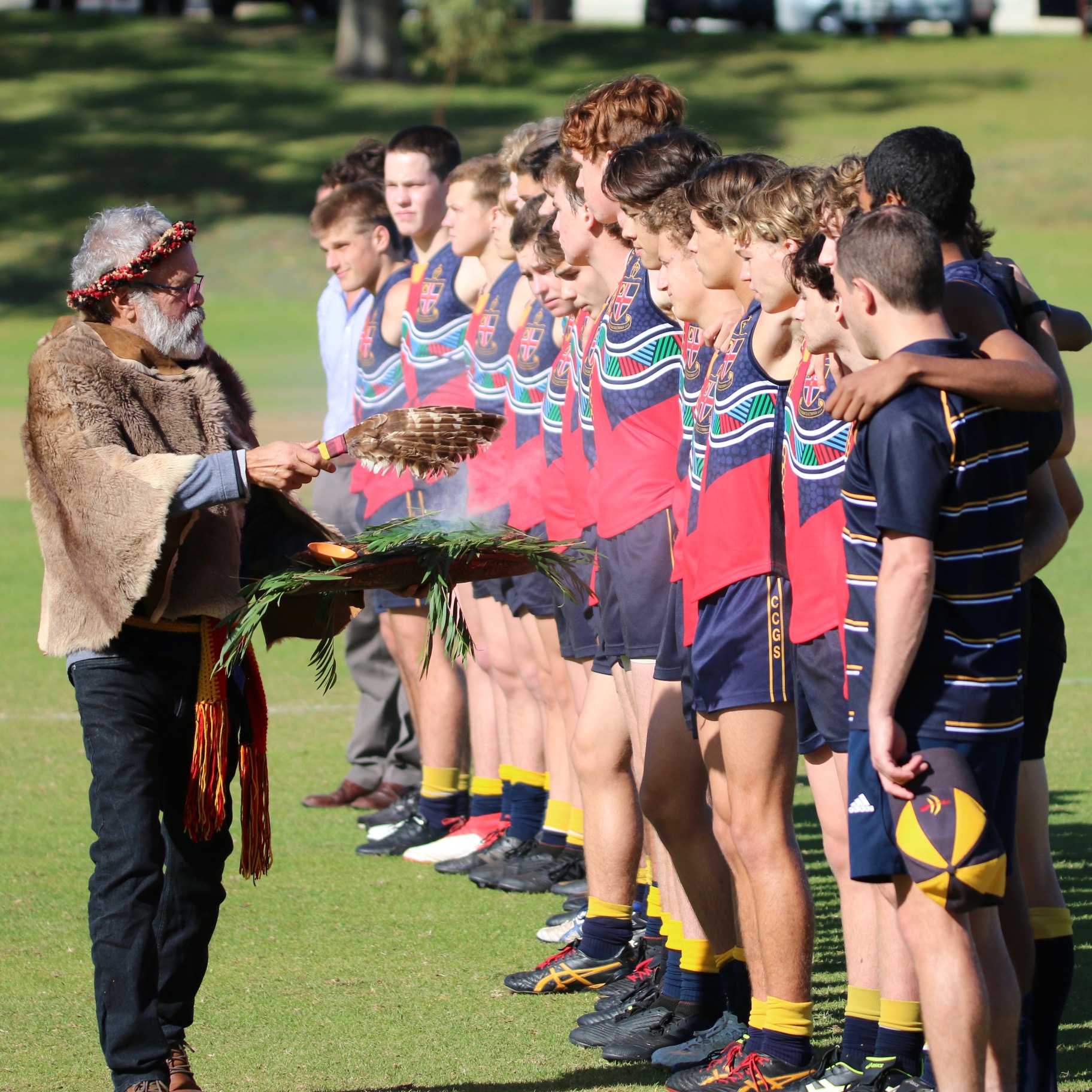 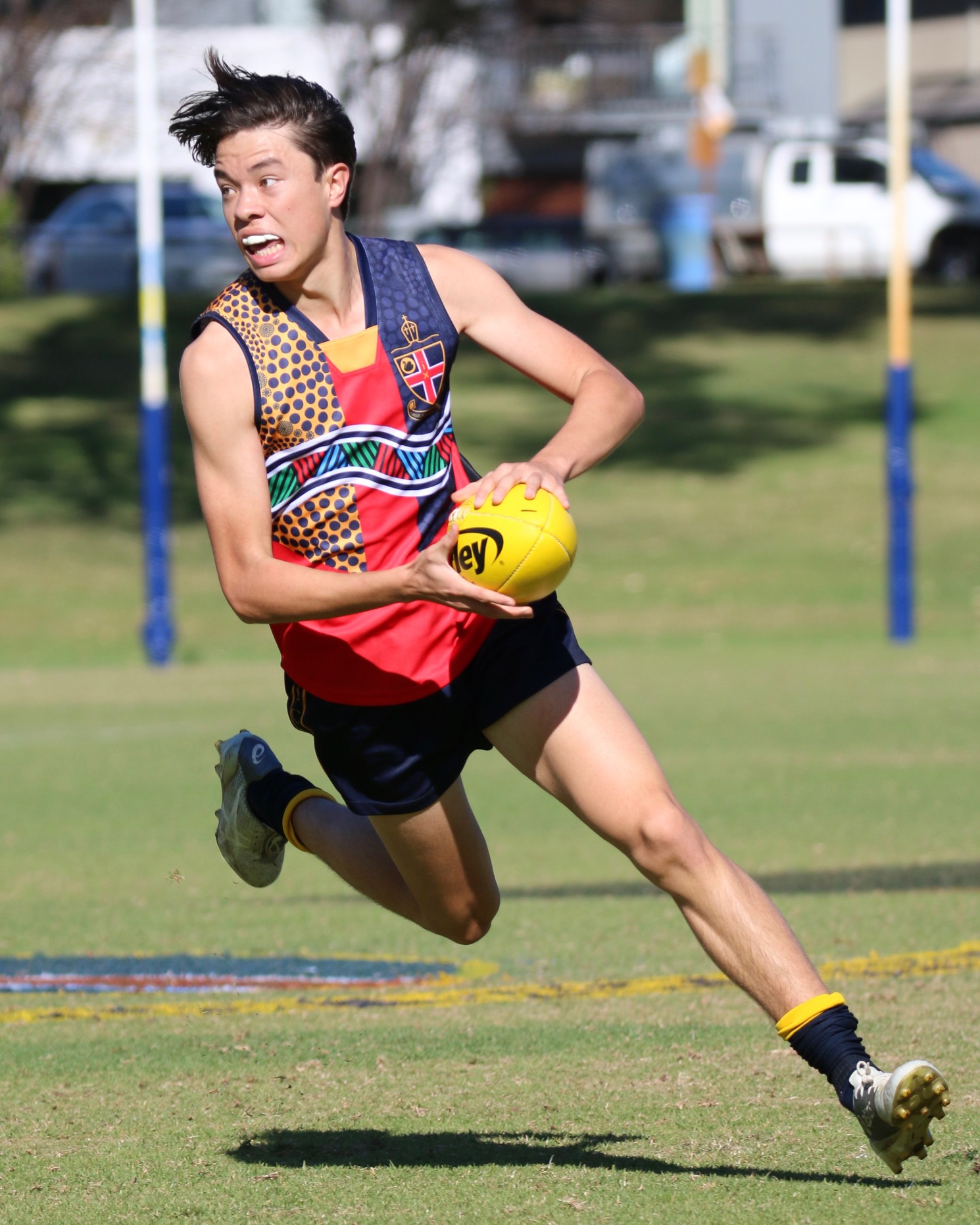 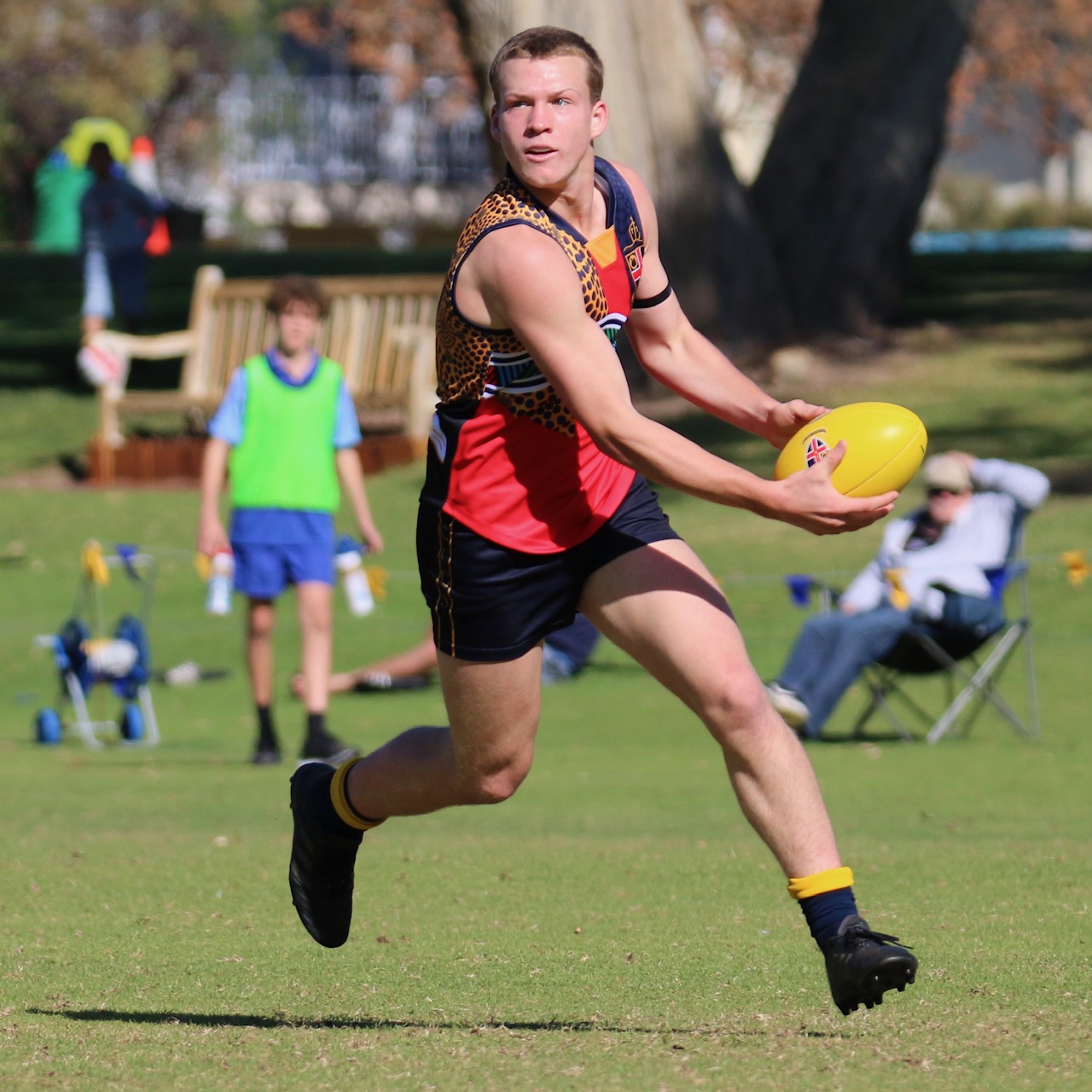 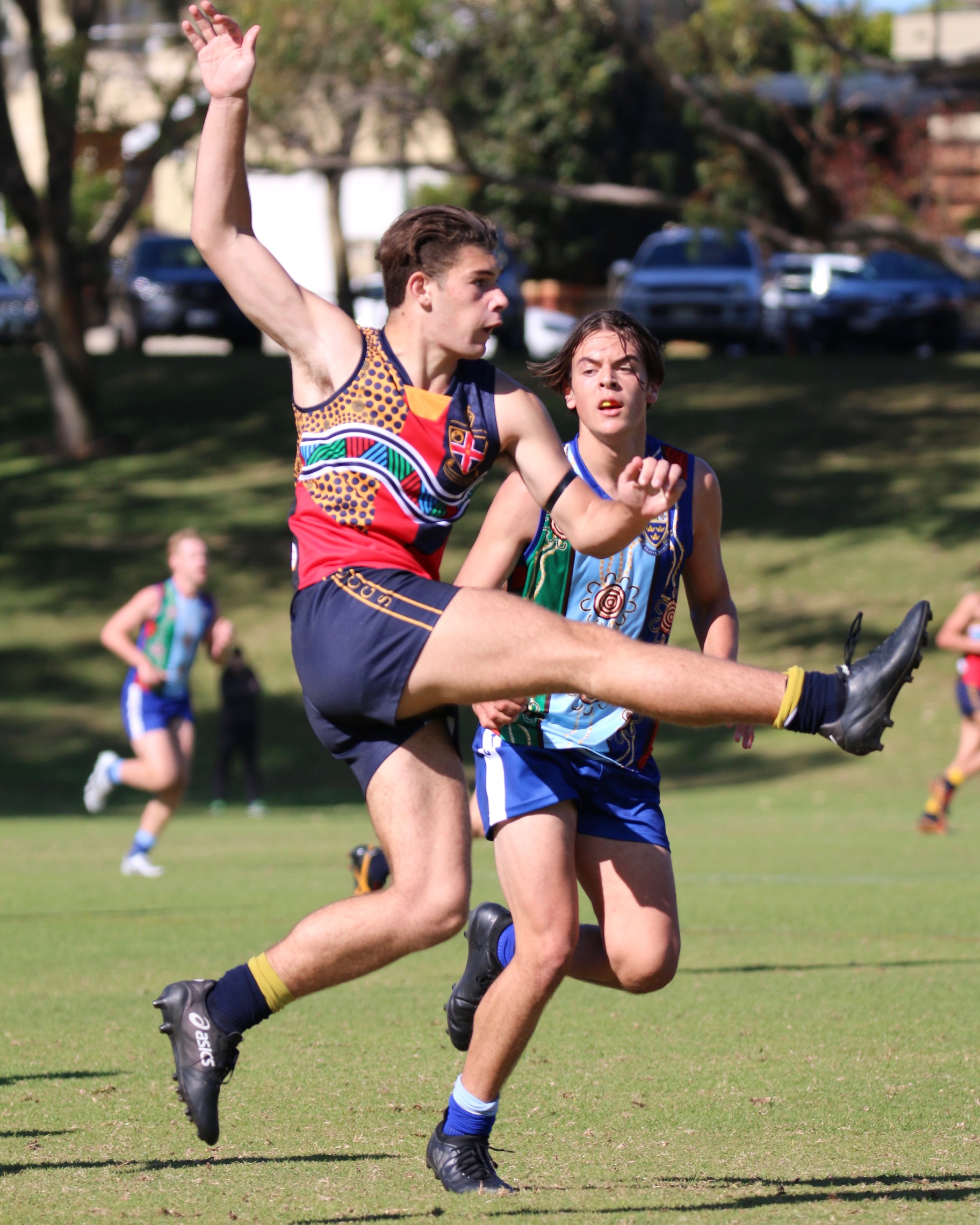 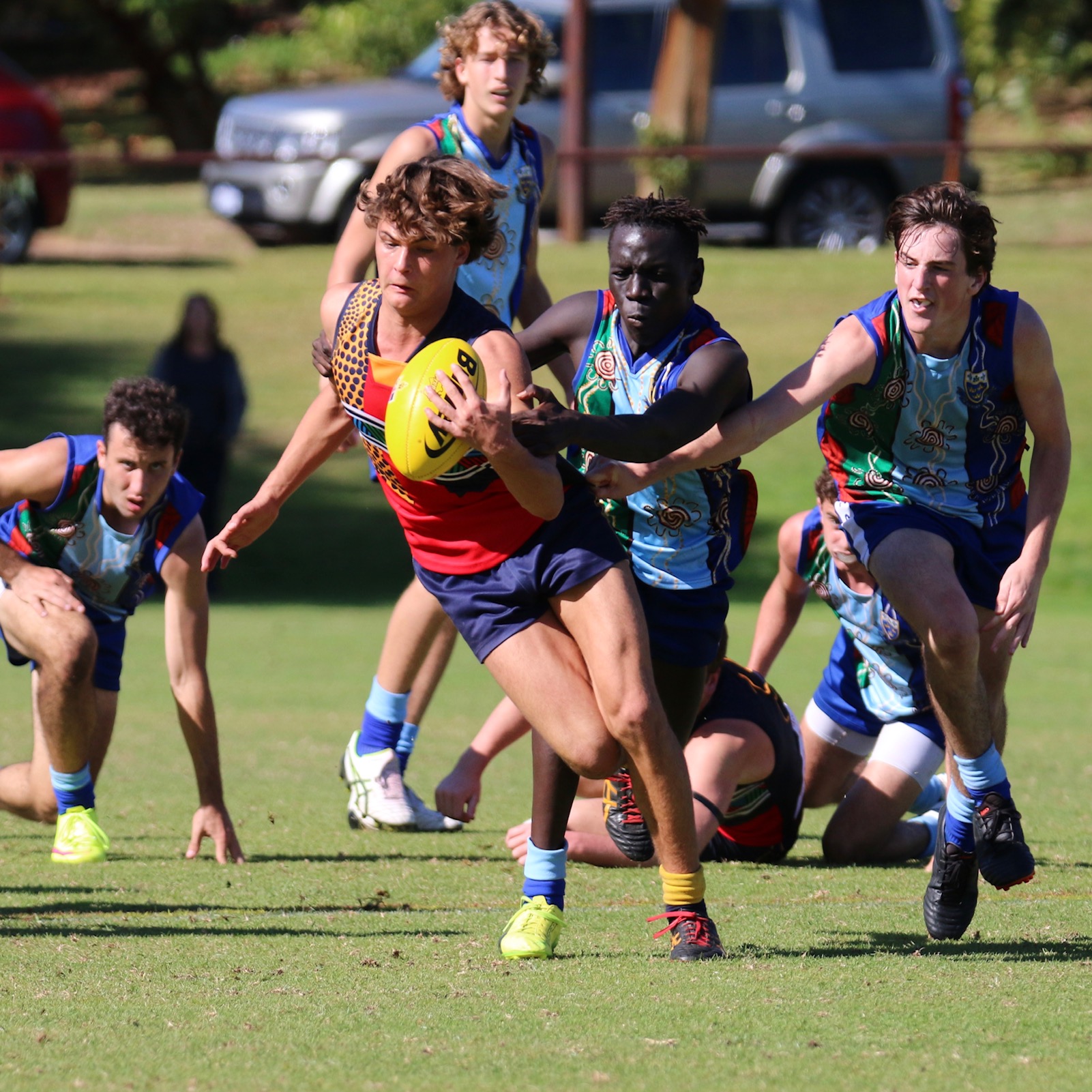 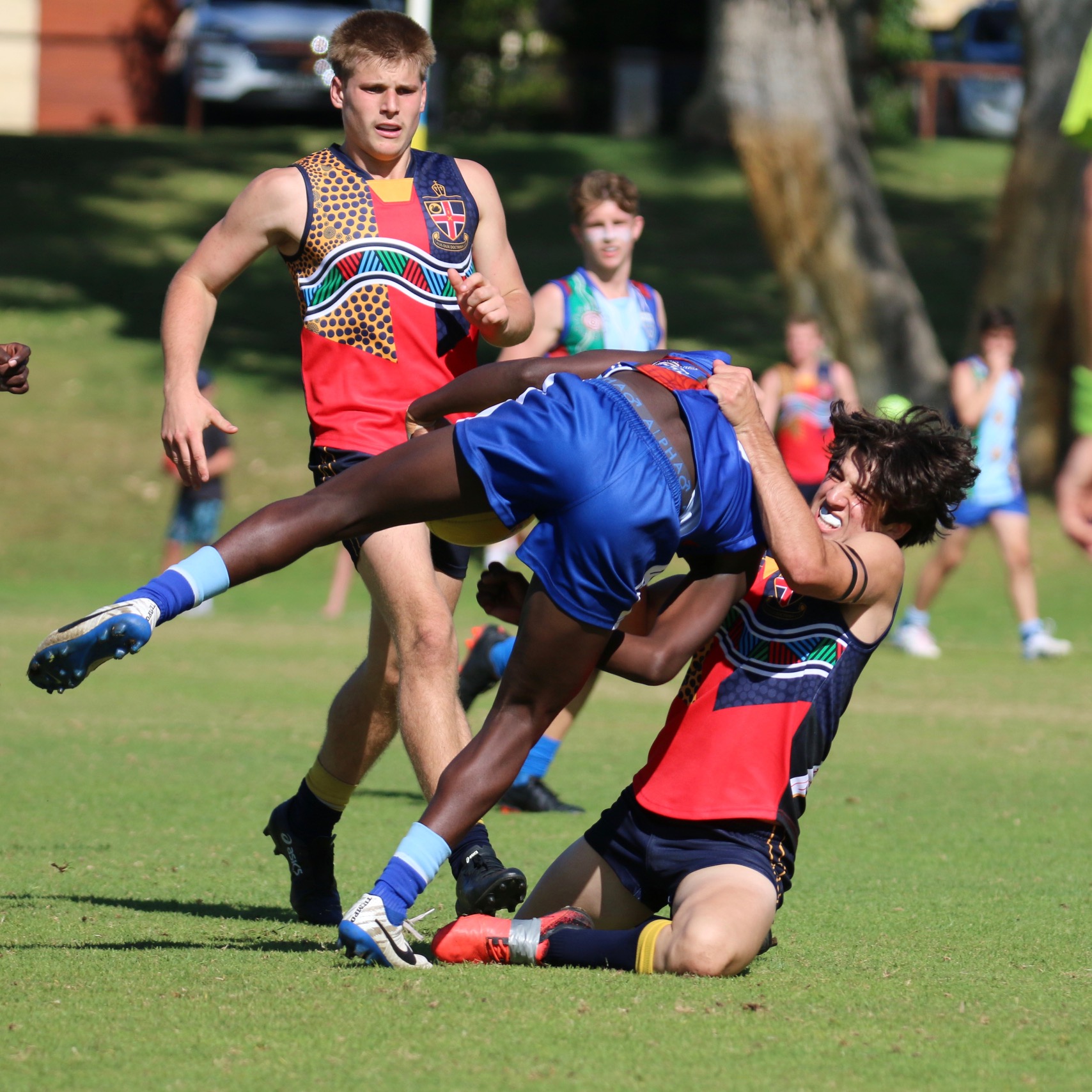 Our First XVIII Football players looked resplendent in their indigenous jumpers last Saturday as they ran onto the field for the annual Indigenous Round of Football against Trinity College.

This round, which recognises and celebrates Indigenous players, commenced with a Welcome to Country and traditional smoking ceremony.

Following an inspirational start, the siren sounded, the ball was bounced and it was game on.

“The boys commenced the game well dominating the contested ball and keeping the ball in their forward half,” said Teacher in Charge of Football, Mr Samuel Wallace.

“In the third quarter, Dan Dyer showed the forwards how to kick straight streaming through from the back line to snap an excellent goal from 40m out.”

“Christ Church started to convert opportunities in the last quarter, kicking five goals including a clever goal from Isaiah Butters and another by Fletcher Metcalf, helping seal the victory; 9.2 – 74 to Trinity’s 3.6 – 24.”

The game played by a united team produced an outstanding result on this very special occasion. The boys’ elation can be witnessed in this video taken after the game.

Watch footage from the event

Aquatics changerooms take on a refreshed look Special donors and guests were recently invited to campus for an exclusive viewing of the newly renovated changerooms in the School’s Aquatic Precinct. read more