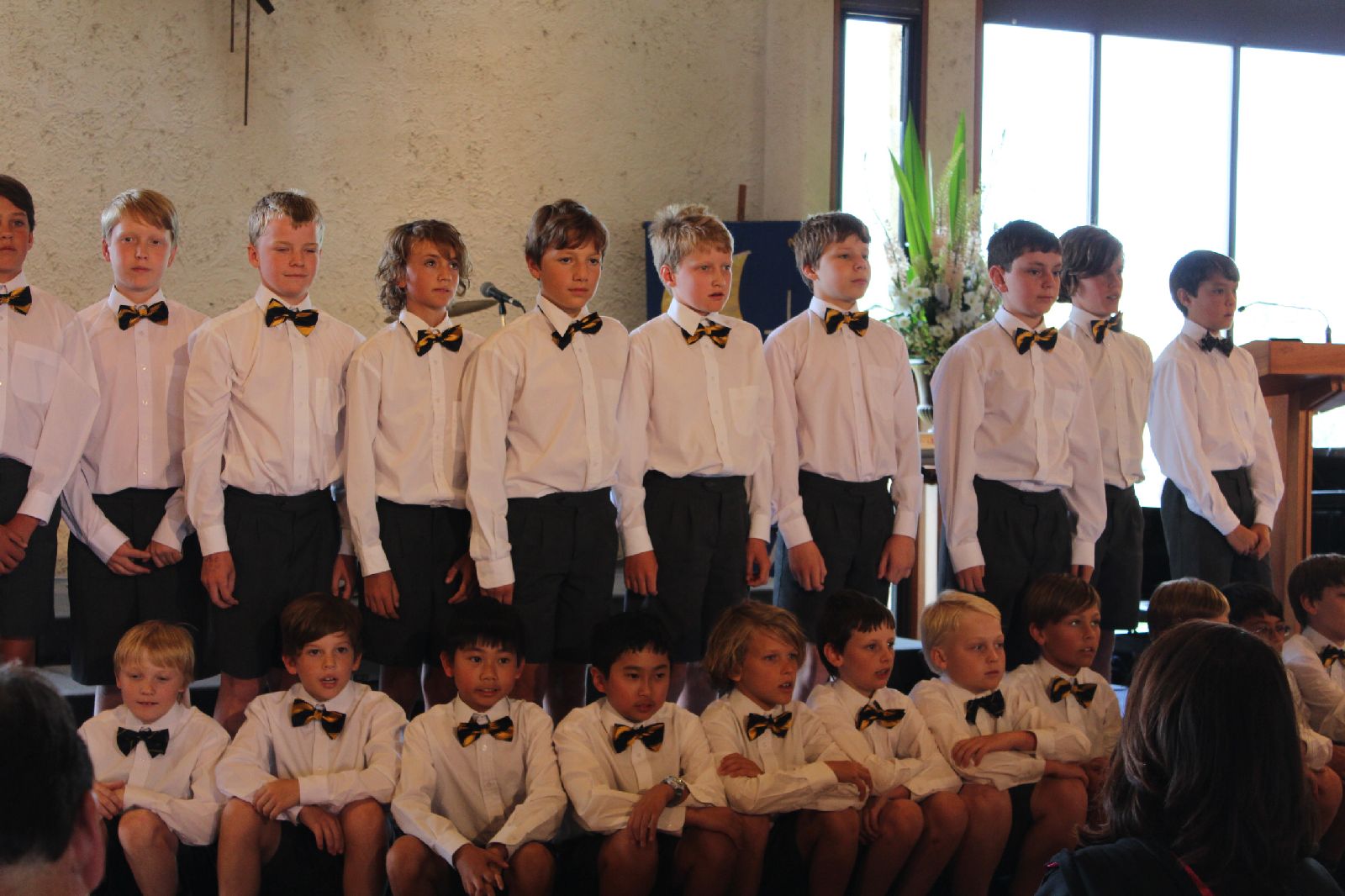 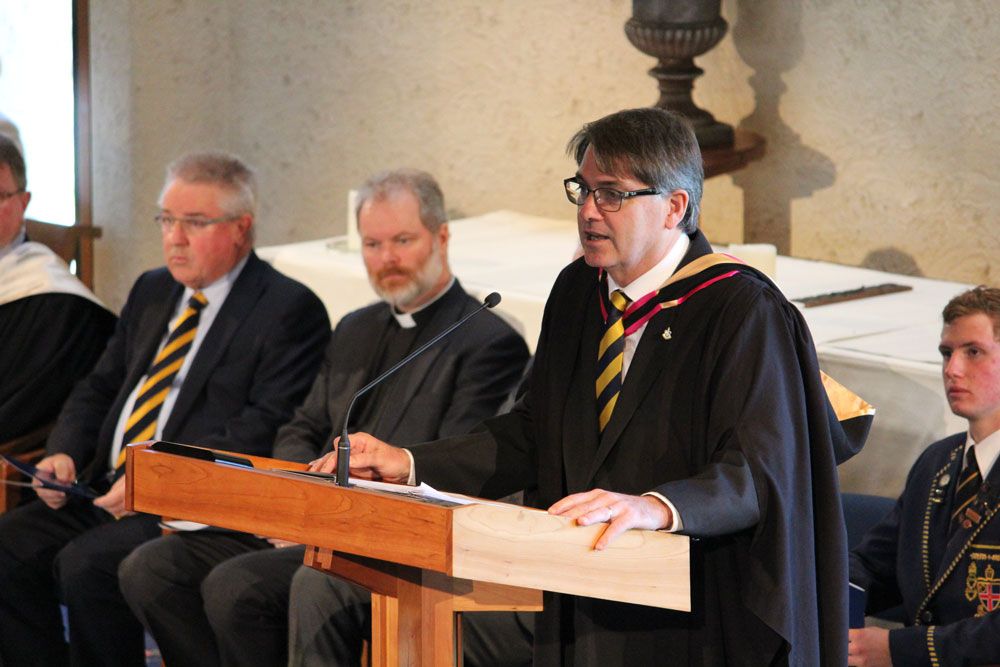 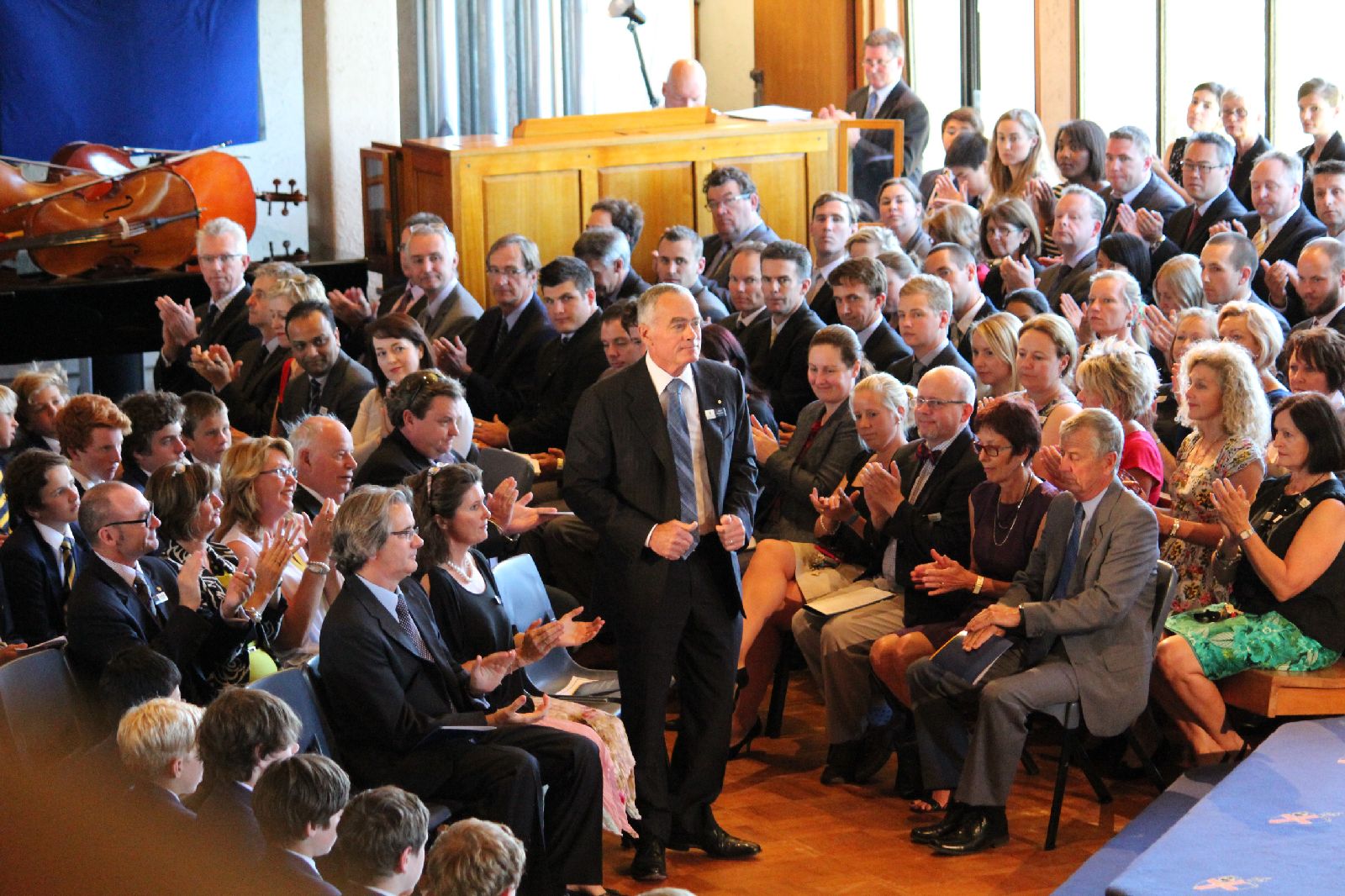 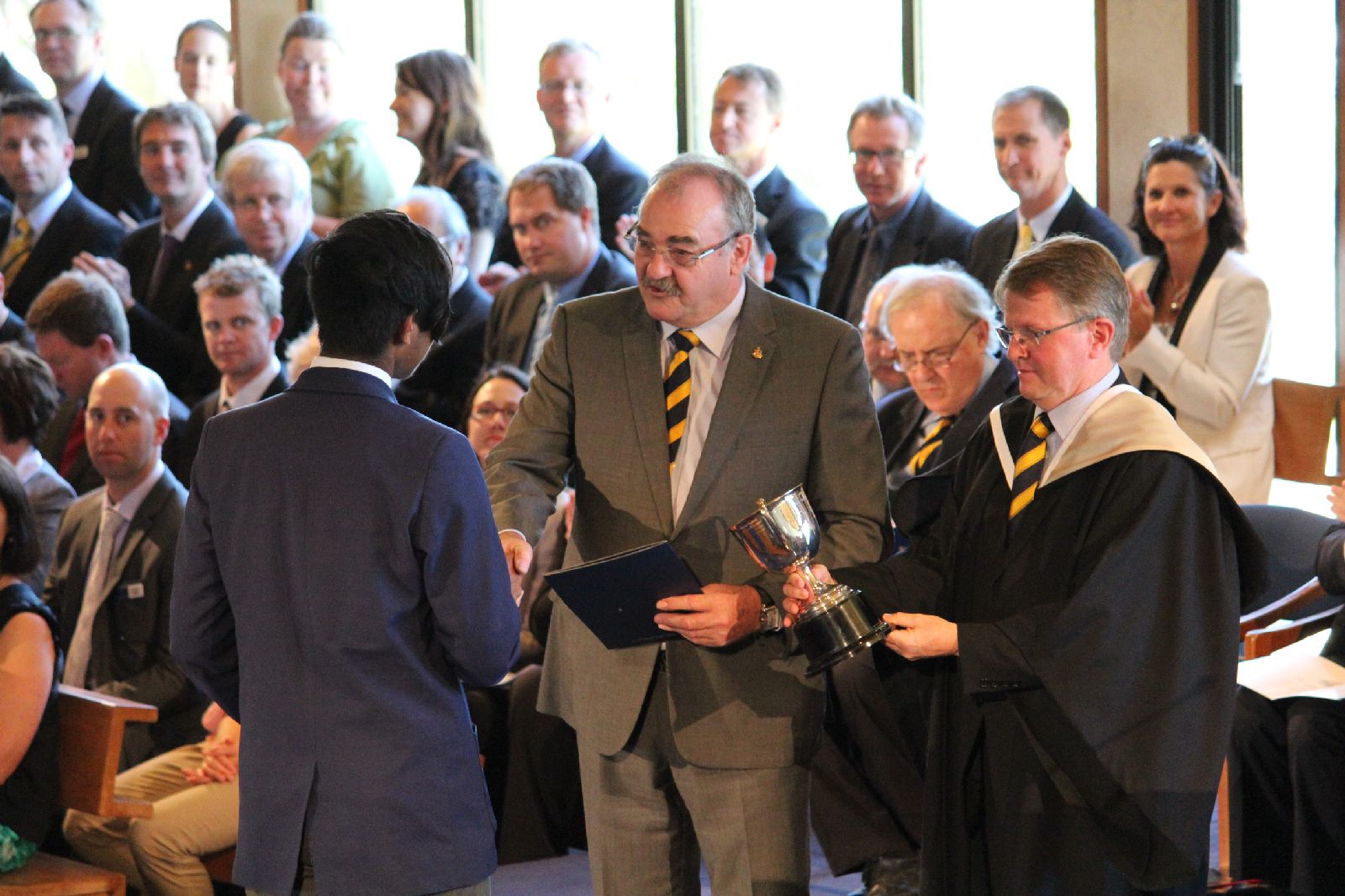 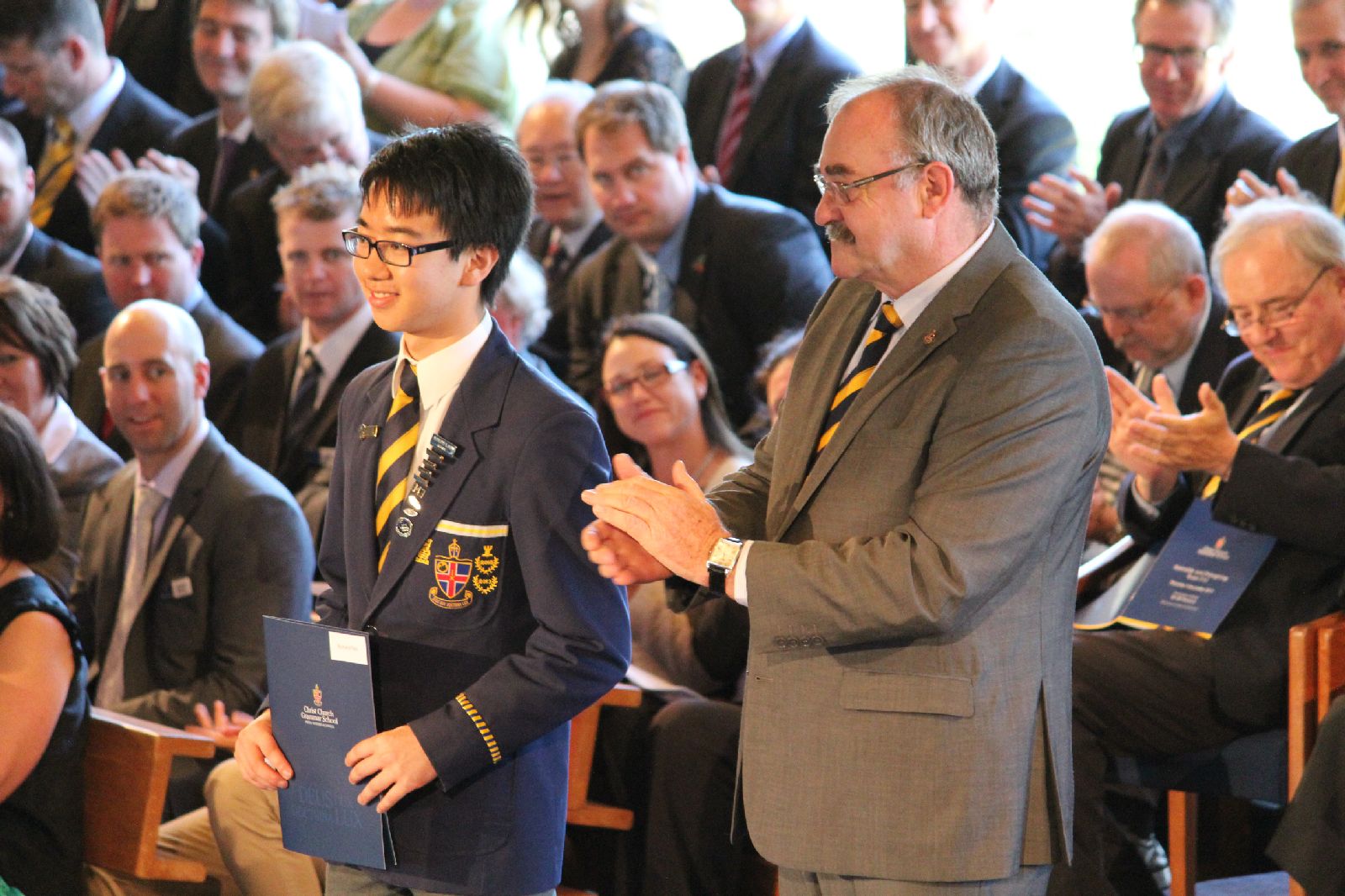 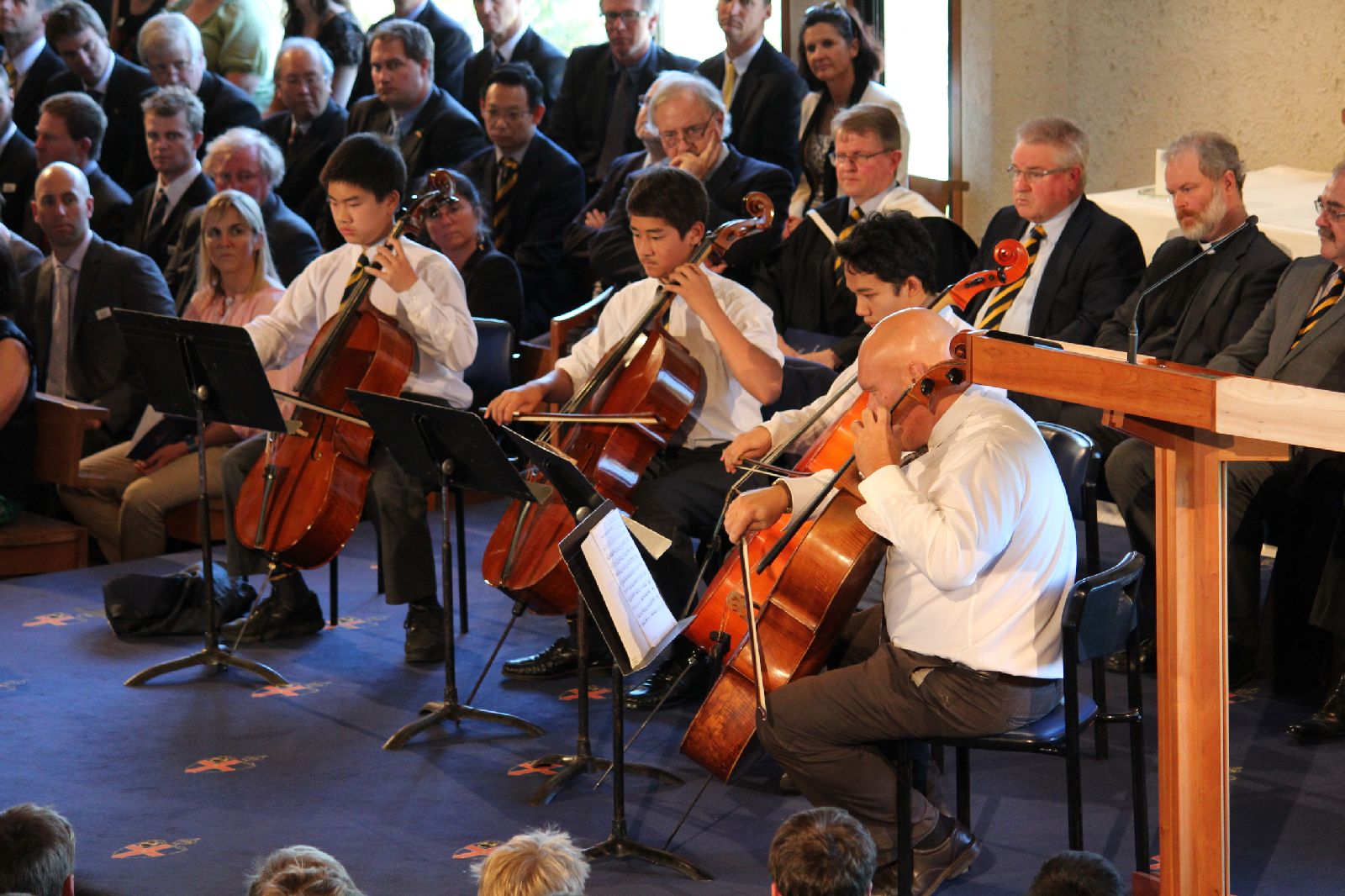 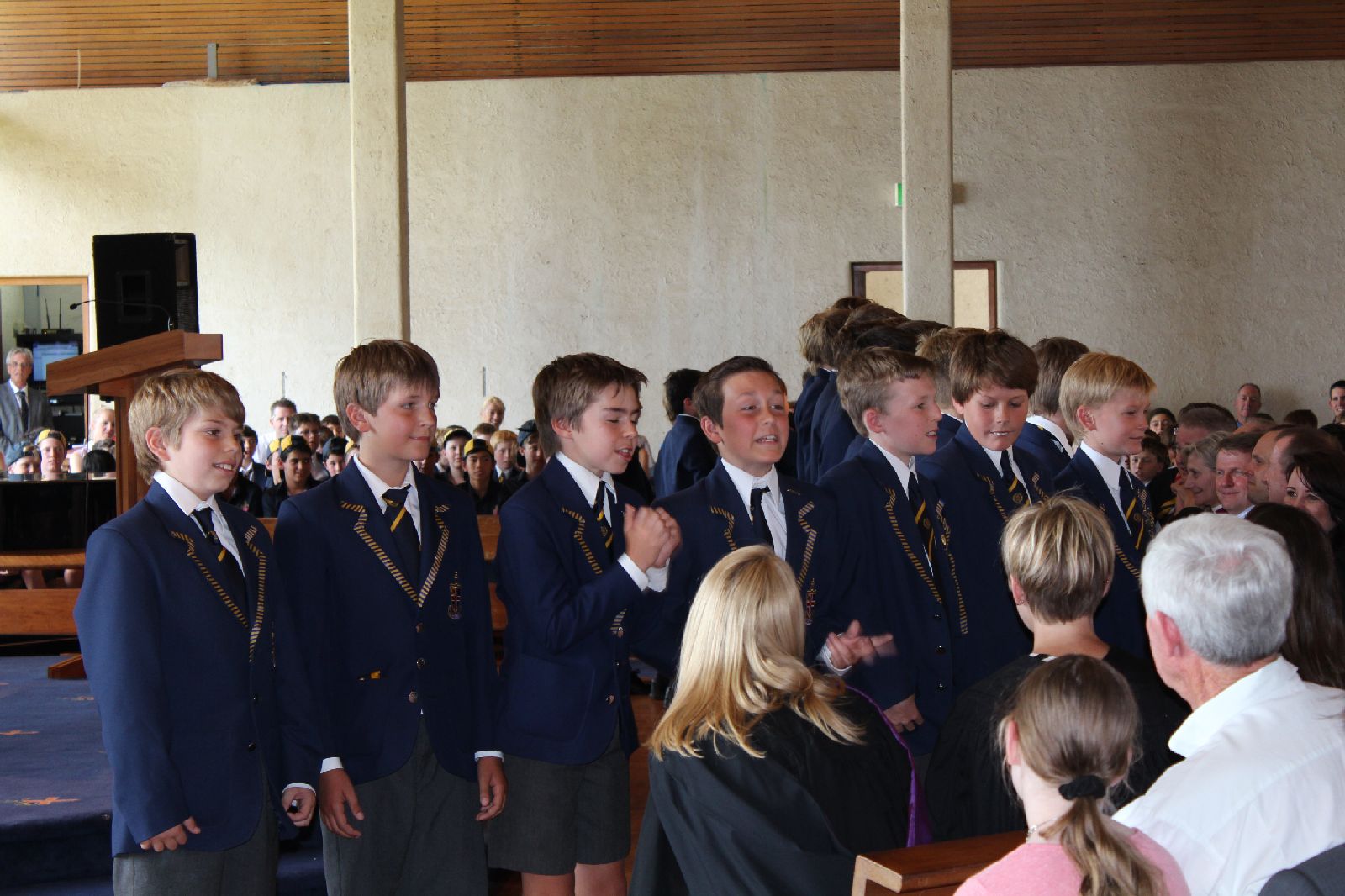 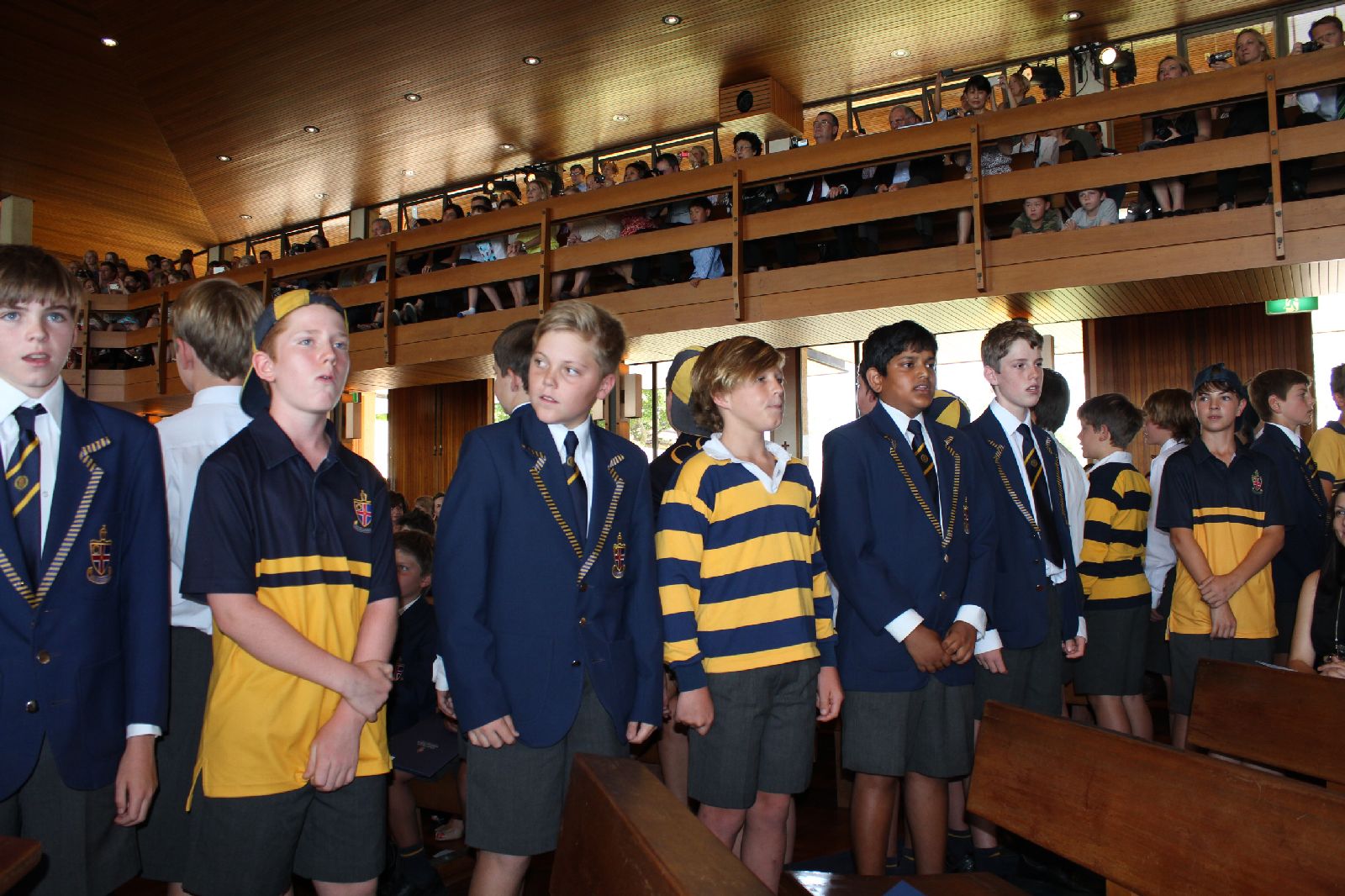 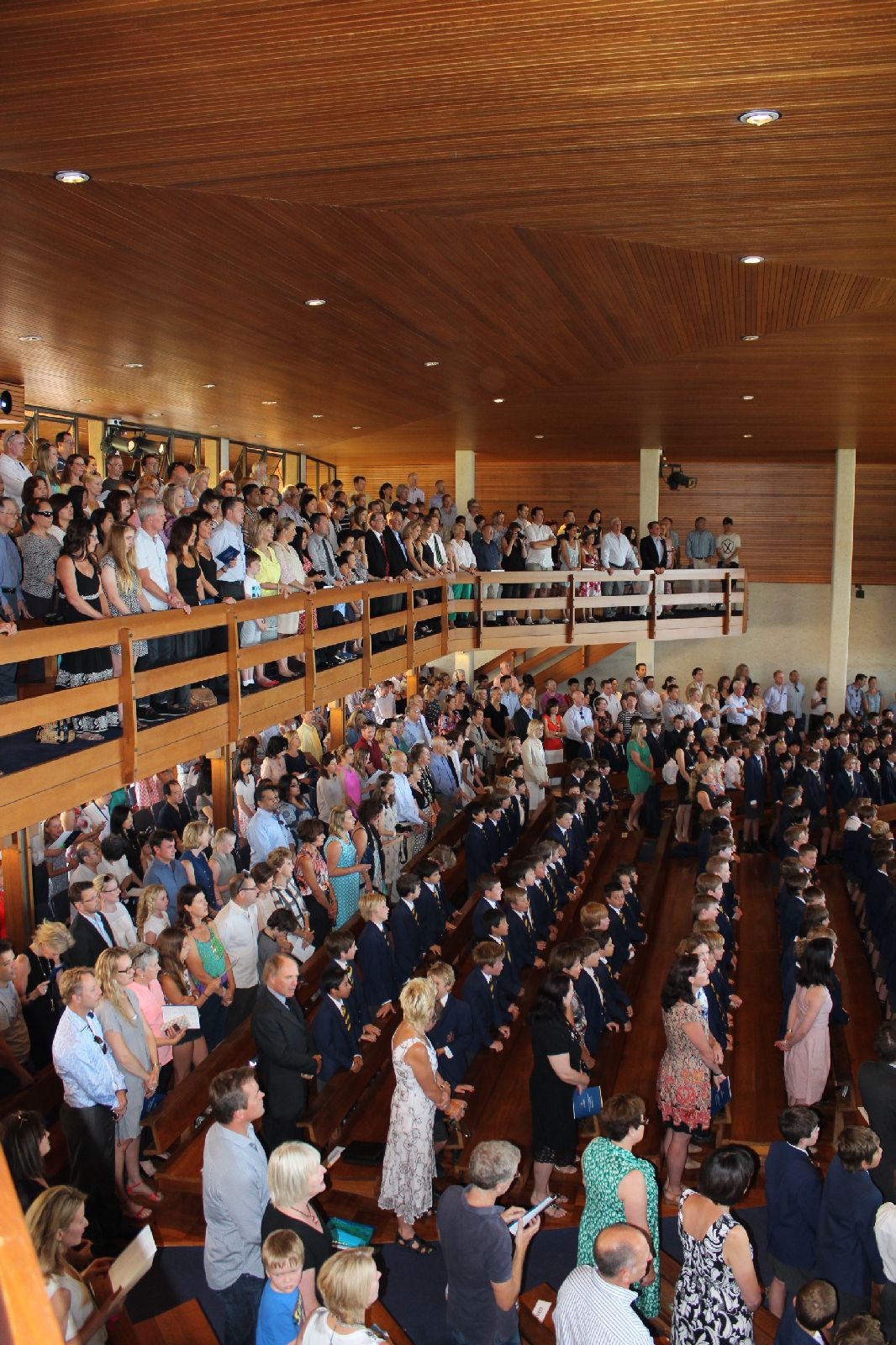 Prizegiving assemblies, held in the School Chapel on Thursday and Friday, marked the end of the 2013 school year for Christ Church students and teaching staff.

On Thursday, the Senior School celebrated the academic successes of students at the final Assembly and Prizegiving for Years 7 to 11. Headmaster Garth Wynne also paid tribute to a number of departing staff members highlighting those who had given particularly long service. They included Mathematics teacher, Study Lab founder and former Assistant Head of Mathematics Jane Ferguson; Co-ordinator of Army Cadets and former Assistant Bursar Mick O’Sullivan; and Mathematics teacher, former Jupp House Master and Officer in Charge of the Cadet Unit Bob Peterson, who was the guest speaker and presenter of prizes for 2013. All these staff members have served the School for more than a quarter of a century.

Mr Wynne also made special mention of the work of Head of Drama and Midnite Artistic Director Drew Stocker over the past four years, who will become the Head of Drama at Melbourne’s Camberwell Grammar School next year.

On Friday, Years 3 to 6 families attended the LW Parry Preparatory Speech Morning. The assembly recognises students in the areas of academic excellence and citizenship, marks the transition of Year 6 boys from the Prep School to the Senior School and celebrates the year that was through speeches and performance.

In his address, Head of the Preparatory School Richard Wright thanked staff for their contributions throughout the year and congratulated the Year 6 boys on their leadership. He farewelled and congratulated many staff that are taking leave in 2014, including departing staff Deborah Baird, Glenda Wright, Nell Howard, Karen Sim, Vera Ditthardt, Kylie Sydney, Linda Murphy, Nikki Iffla, Jessica Taylor and Angela Perry.

In classes, the Year 6 boys performed original poems, each capturing a perspective of the Christ Church journey from Pre-Primary through to old boys. Music teacher Stephanie Harford, who created the poems with the boys, also directed the cohort’s combined performance of the Creedence Clearwater Revival song Fortunate Son.

Presented by their teacher, each Year 6 boy shook the hand of Mr Wright followed by Head of the Senior School Roger Bayly to mark their farewell from the Prep School and welcome into the Senior School. The Yahoos Choir, Year 6 boys and all attendees sang parts of the song Saying Goodbye, by Jeff Moss, as a moving finale.

At both assemblies, Mr Wynne welcomed new Chairman of School Council John Poynton (Class of 1968) and recognised the contributions of outgoing Chairman David Fardon (Class of 1973) in the role over the past six years.