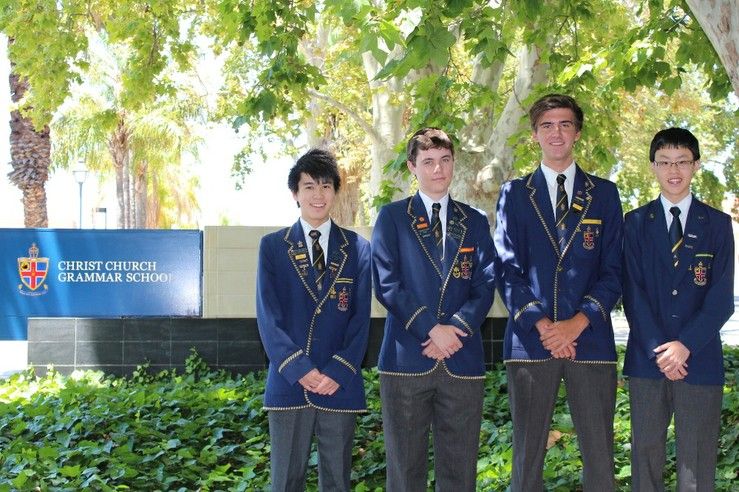 Of the 15 boys who completed Wholly School Assessed subjects seven completed a Vocational Education and Training (VET) course, three completed an Aboriginal School Based Traineeship with Leighton, one completed a traineeship with Reece Plumbing and one finished a Workplace Learning course. Congratulations to James Parker, who was awarded a Certificate of Commendation in recognition of his excellent grades in Years 11 and 12.

Headmaster Garth Wynne said the School was proud of its students’ performance and particularly pleased to see boys of a wide variety of academic capabilities achieving excellent results.

“These wonderful outcomes are the culmination of the efforts of students, teachers and parents to motivate boys to achieve individual and collective excellence. They also demonstrate how well our school caters for the academic needs of boys at all levels – from the high performers, to the middle section and struggling students,” he said.

“Considering we do not admit our students based on academic strength, I am once again very pleased that the majority group of boys in our middle section have done so well, evidenced by the median ATAR score of 90.4, which is well above state and national averages.”

“As an academically inclusive school, Christ Church continues to punch above its weight.”

This year, four of our boys received a General Exhibition – awarded to the top 42 students in the State. Congratulations to WeiLun Wang (4th) and Kieren Tan (7th), who also achieved the top ATAR scores of 99.95, along with Tobias Butler (35th) and Weiyuan Fan (36th).

Congratulations also to Harry Smallbone, who was awarded a Course Exhibition as the top student in WA in Computer Science.

14 Certificates of Distinction, for the top 0.5 per cent of candidates in each course, were awarded to the following students:

Certificates of Commendation for achieving at least 20 ‘A’ grades in Years 11 and 12 were awarded to 19 students from the 2012 graduating class: