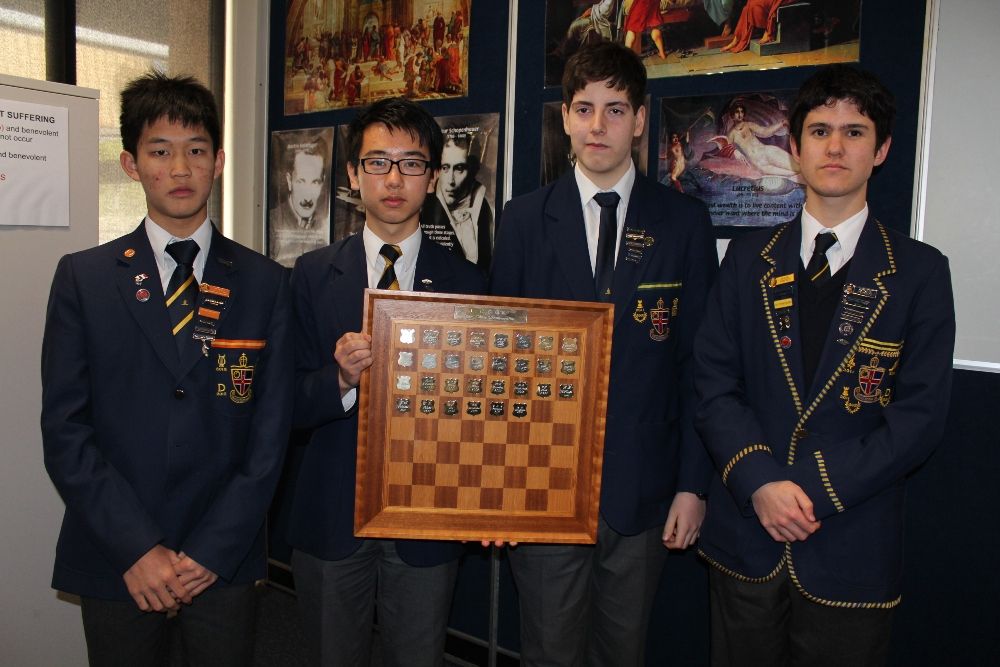 Christ Church has won the PSA Chess Tournament for the fourth consecutive year in a row. The boys had to pull out all stops on the final day at Scotch College to keep Wesley College at bay.

Teacher-in-Charge of Chess Dominic Hodnett said despite being clear favourites, the final margin came down to just half a point between the two schools. He said Christ Church started strongly but Wesley also displayed excellent form.

“At the end of Day 1, with two games and a bye left for both Wesley and Christ Church, our boys went home with the dawning realisation that if Wesley beat Scotch and Hale the next day, they would be crowned champions irrespective of our results,” he said.

Mr Hodnett said it was unfamiliar territory for the boys and there was no room for negativity. “The focus had to be on each boy winning his last two remaining games, which they did. Meanwhile, the Scotch players on boards 2 and 3 secured wins against Wesley, which meant the final score was Christ Church on 20 points and Wesley on 19.5 points.

Congratulations to Richard Tien (Board 1), Chess Co-Captains Liam Kearney (Board 2) and Vaughan Greenberger (Board 3) and Cameron Chung (Board 4). “It was a dramatic twist to a very close competition but hats off to the persistence and mental resolve of our boys,” he said.