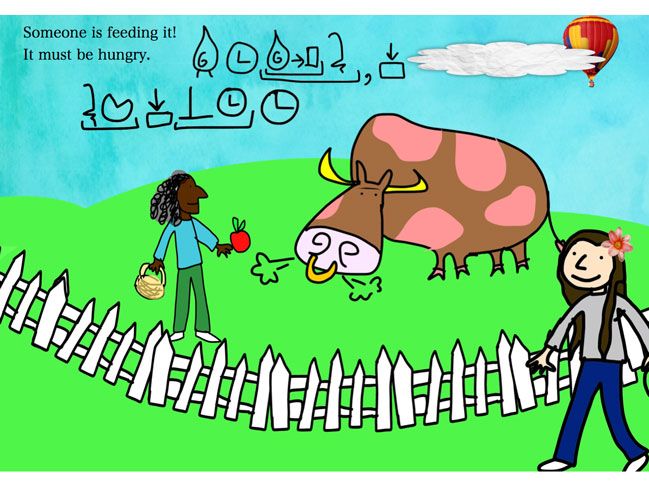 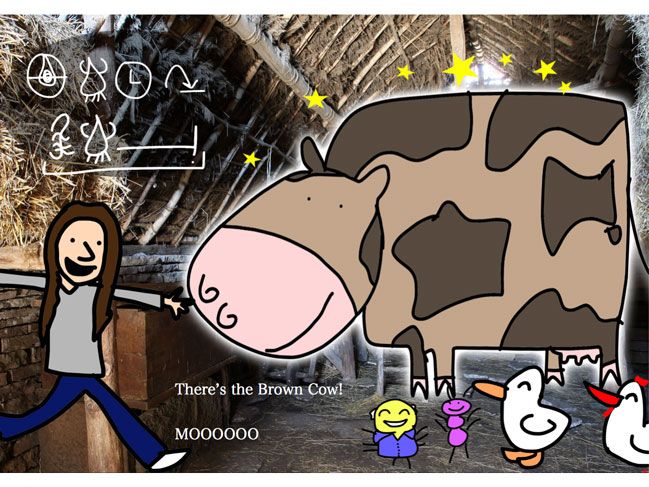 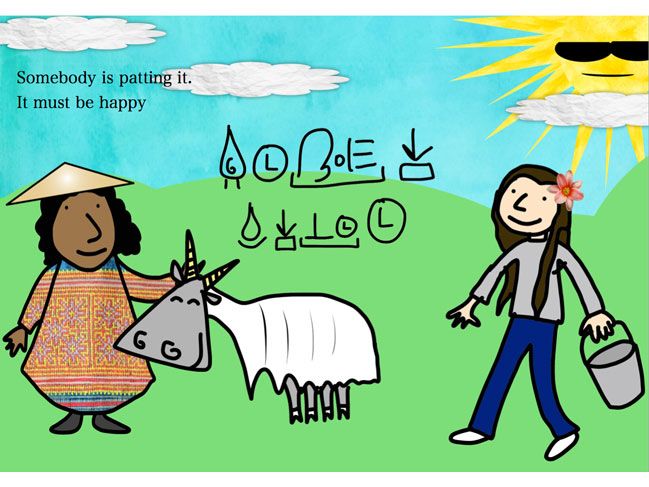 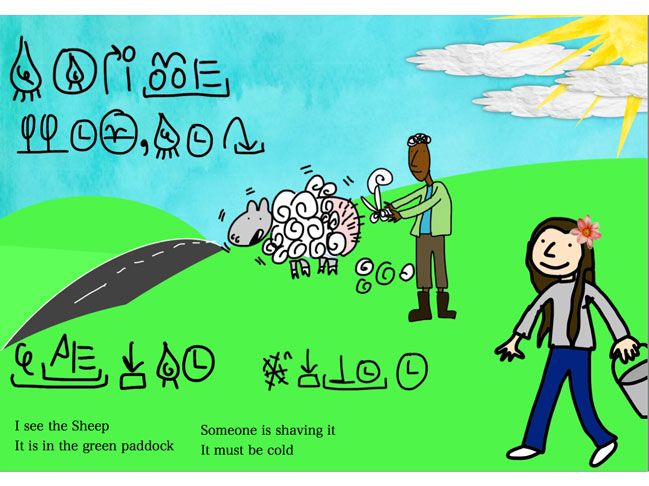 The Enigma languages group research linguistics and the basics of language, including grammar, semantics and vocabulary. In 2015, their research led to an ambitious project concept – to invent a universal language they later named Sallusansa.

Sallusansa is an elegant and intuitive language, similar to Chinese in its componential workings but with a quirkiness due to its smooth flowing script. It has been designed to be easy to learn, authentic and culturally neutral.

Created by Akio Ho, Djimon Jayasundera, Matthew Hamdorf, Kartikeya Kaushal and Jonathan Chew, the language comes complete with a 25-page dictionary and the beautifully illustrated story Where is the Cow?

“This project allowed everyone in the group to delve into linguistics and create a very comprehensive language. Our group was able to form a very fun and energetic dynamic which helped us get through the harder challenges we encountered,” said Akio Ho.

“The group faced a number of different challenges throughout the creation of Sallusansa. At first, managing a group of boys of different ages with different experiences was a real struggle, and sometimes there was tension between group members as deadlines and pressure built up. However, this challenged us to establish a communal work ethic and helped overcome other problems such as those related specifically to the language,” said Matt Hamdorf.

Christ Church’s Enigma Program is designed to provide our most academically able students with further opportunities to explore their interests, collaborate on high-level open-ended projects, and interact with like-minded peers in different year levels. It is ‘boys mentoring boys’ at its best.