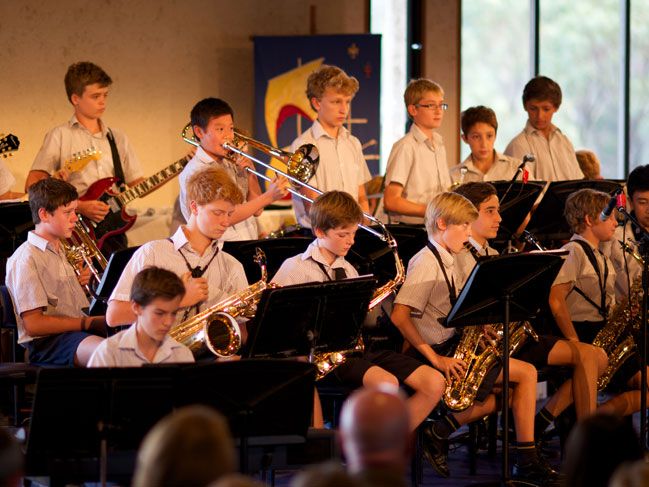 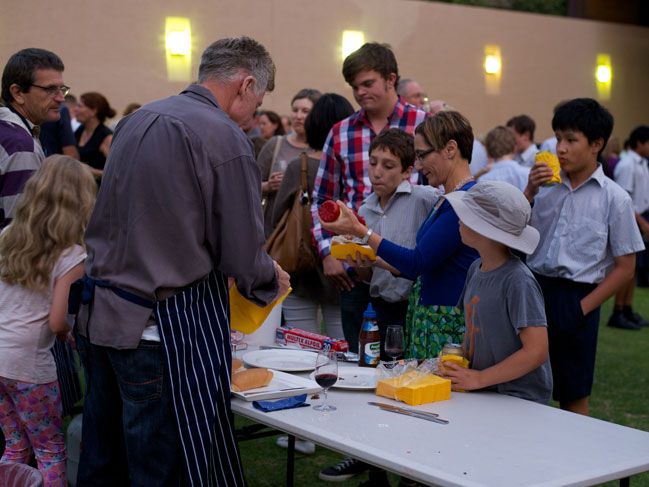 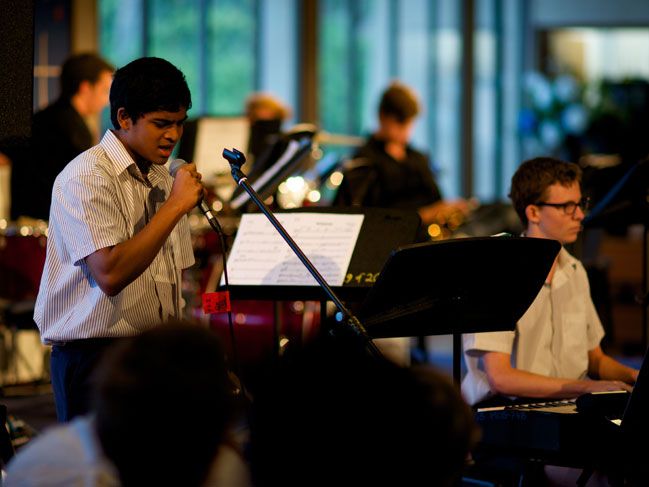 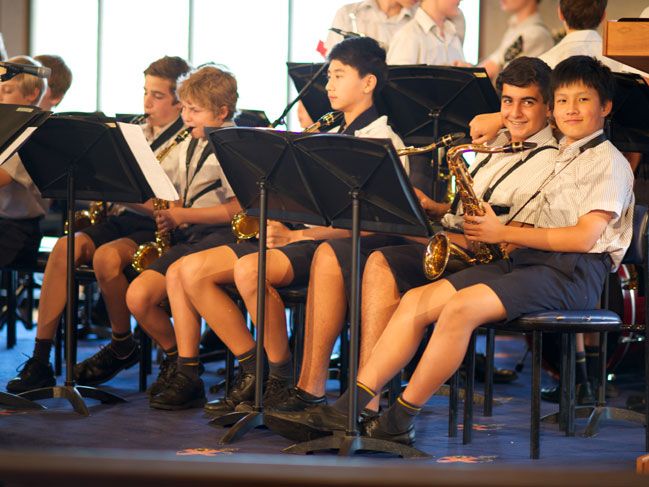 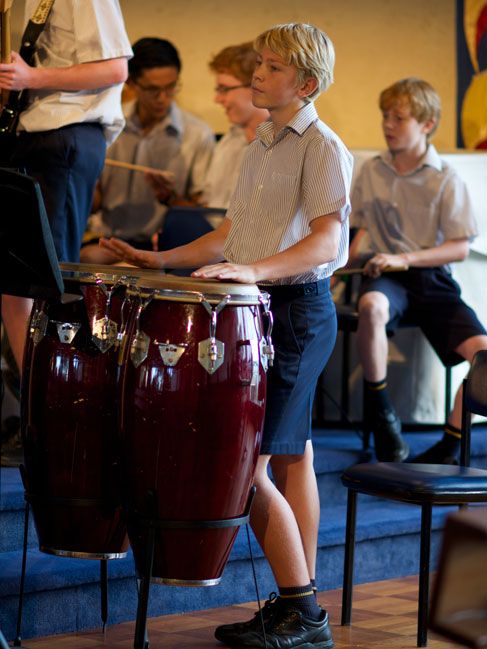 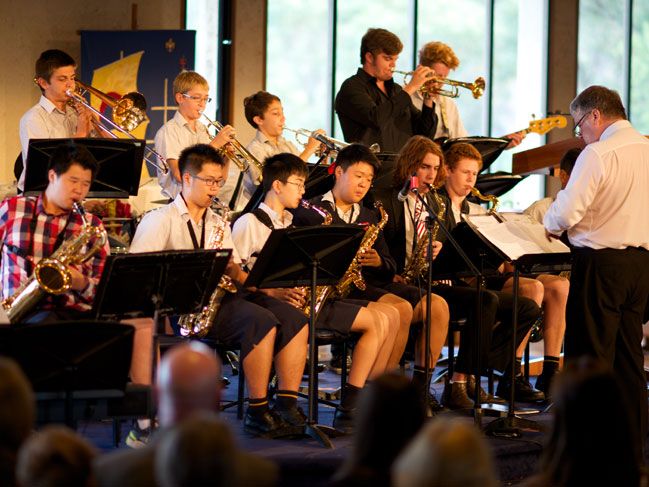 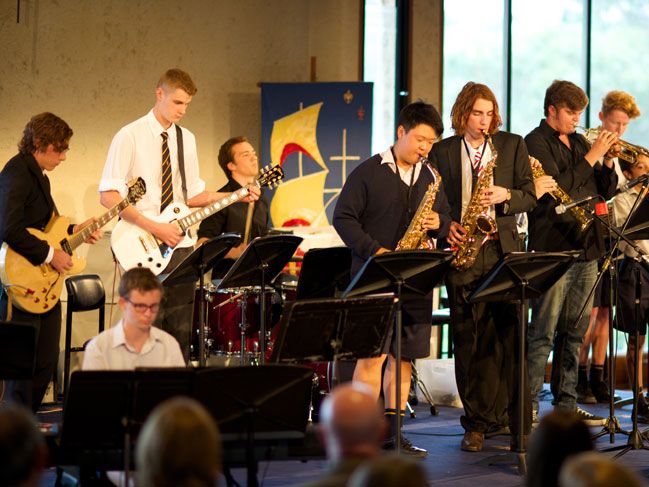 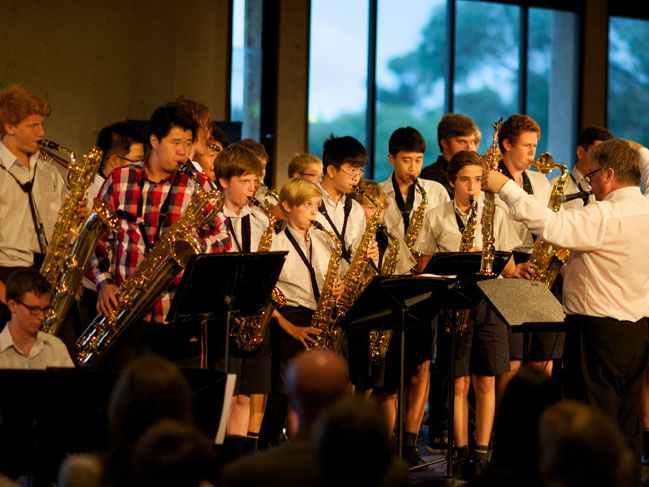 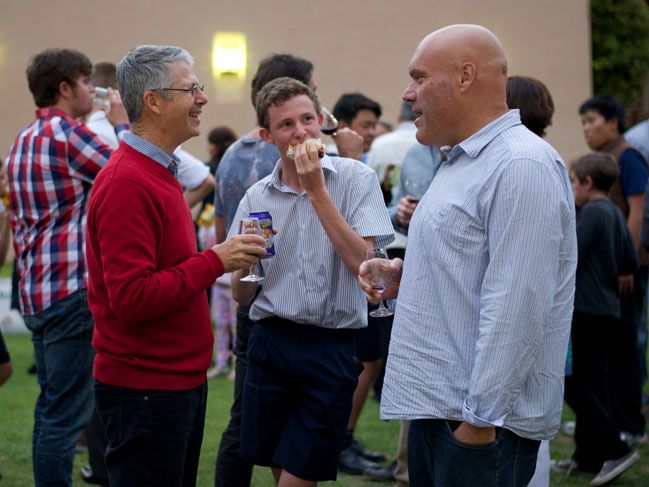 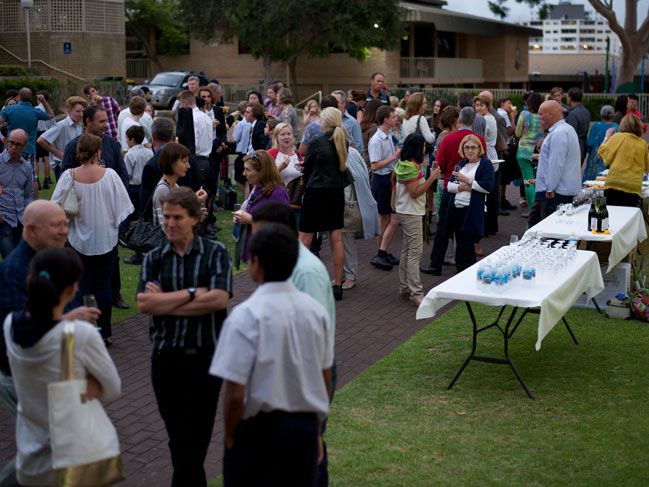 The Christ Church jazz bands of 2013 launched their CD with a concert in the School Chapel at the end of Term 1. The event, the culmination of a recording project, was well attended by families, students and staff with more than 60 CDs sold on the night.

More than 40 boys from Years 7 to 12 performed at the launch as well as number of Class of 2013 old boys. Jazz bands director Paul Millard said the hour-long showcase featured many fine performances from members of Jazz Band 1, Jazz Band 2 and the Jazz Combo.

Mr Millard said the purpose of the project, recorded at Lee Buddle’s Crank Studios in Northbridge last October, was for the boys to experience what it was like to record in a professional environment and to learn from listening back to their performances.

“I was very happy with how each boy played their musical parts in their respective bands. Every student displayed solid ensemble skills, inventive solos and most importantly, co-operated with what was happening at the time and played as a team,” he said.

“It’s always gratifying to see a musical project come together after the many hours of rehearsals, of practicing parts at home and all the other many details that need to be attended to when undertaking something of this size,” he said.

CDs are $15 and are available from Music Administrator Karen Sim in the Music Department. Any money raised from sales goes towards further recording, new music charts and future projects.

Musicians deliver ‘rock’ solid performances Over 80 band members from the School's Rock Workshop impressed audiences on Sunday as they took to the Chapel forecourt to perform original and cover 'Rock' favourites in this year's Rock Workshop Extravaganza. read more 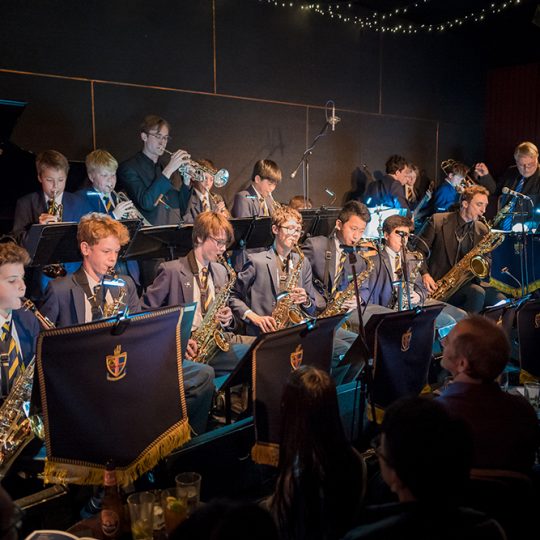