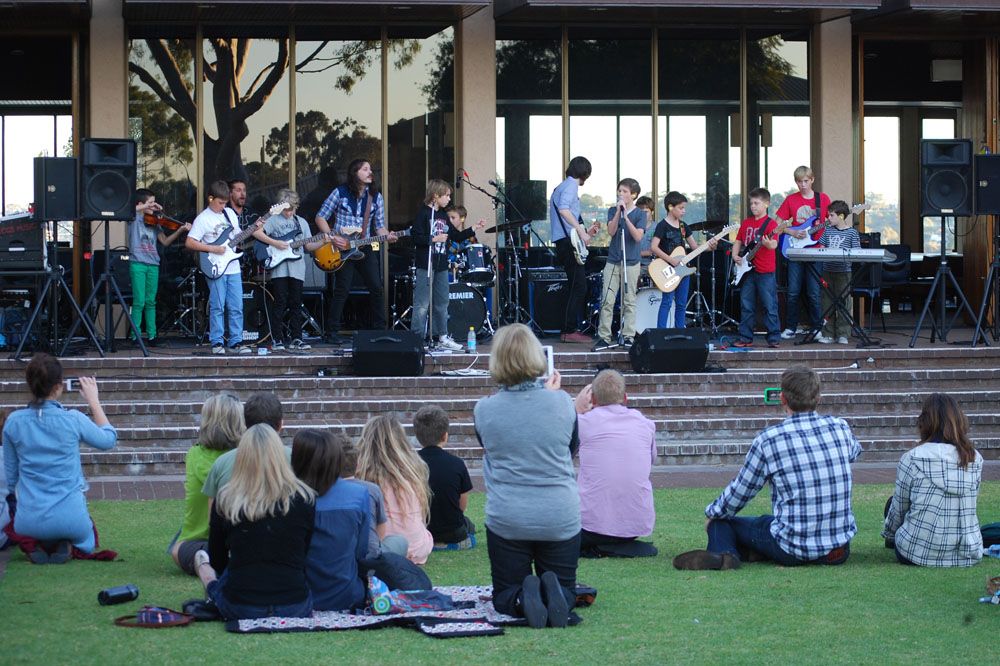 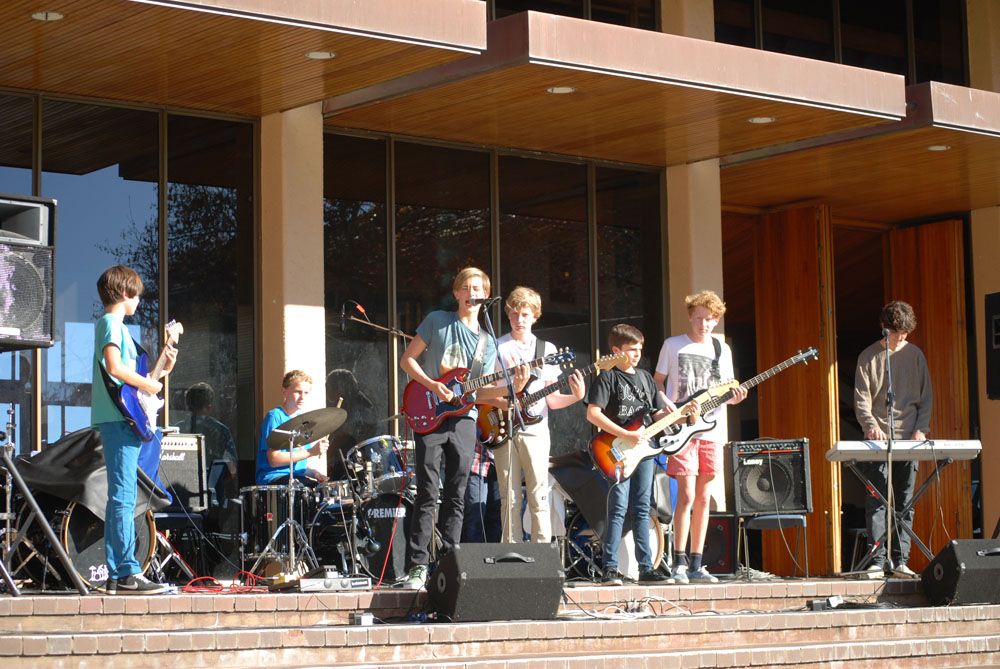 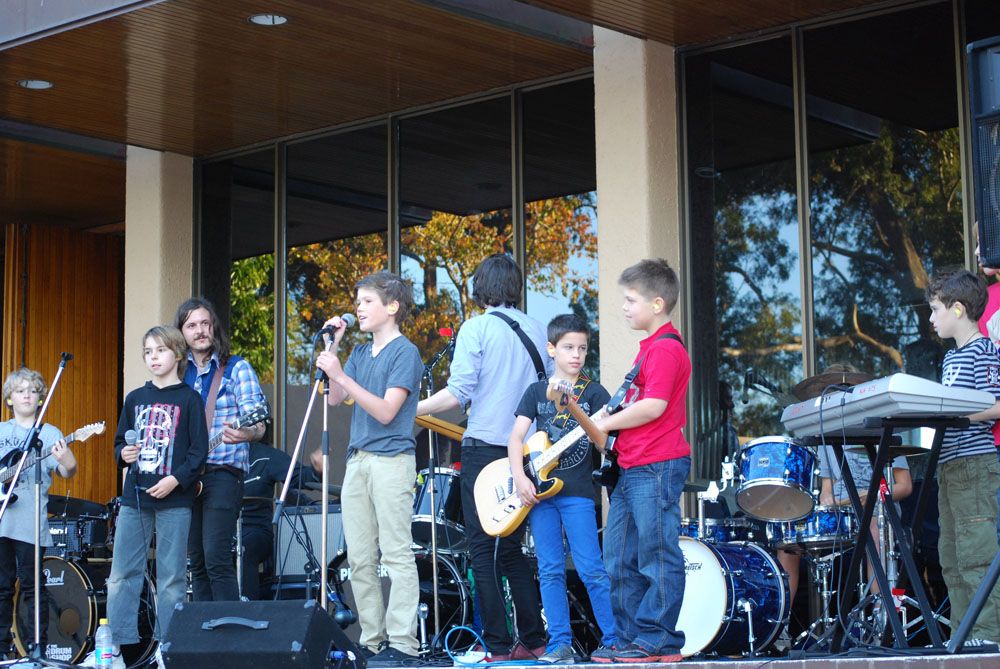 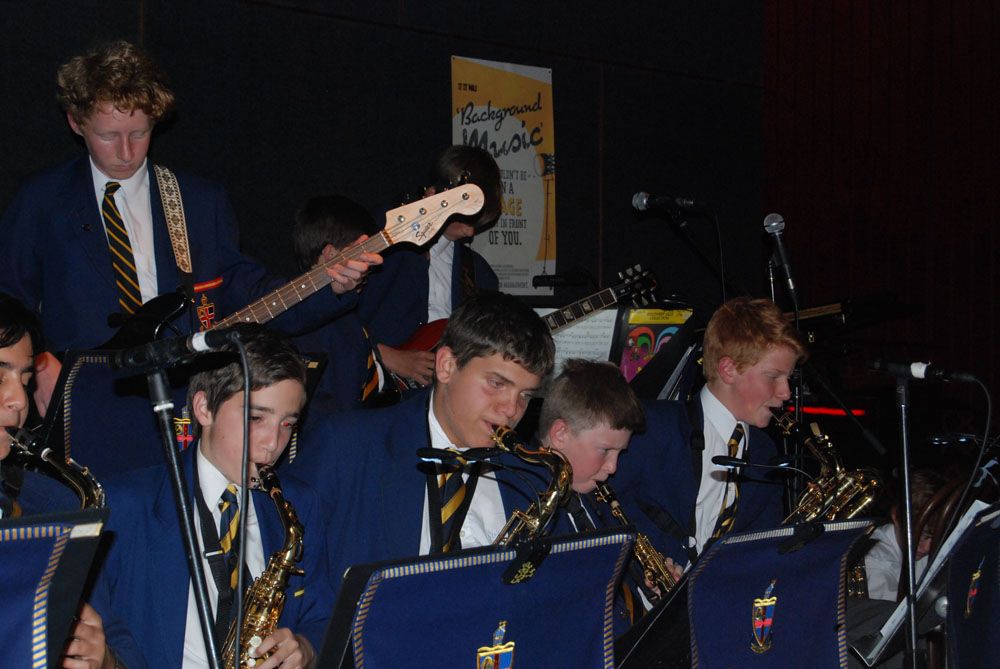 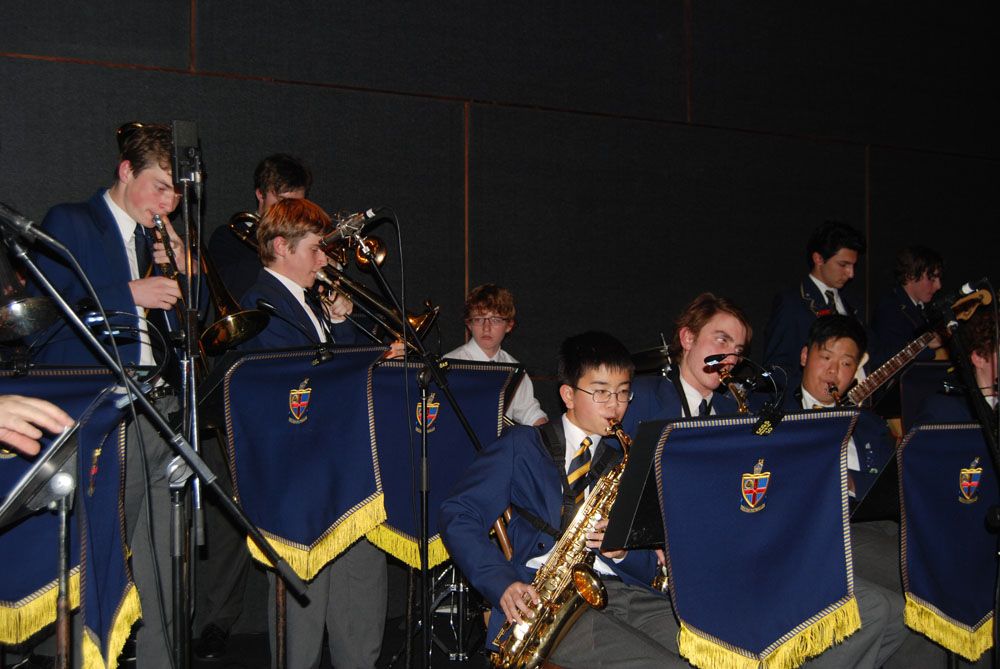 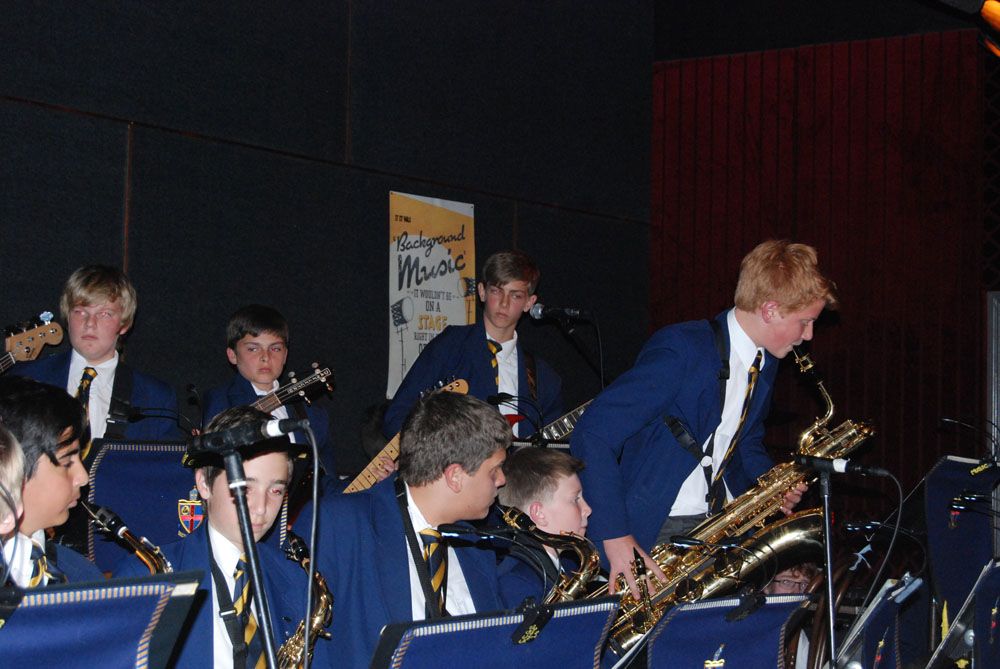 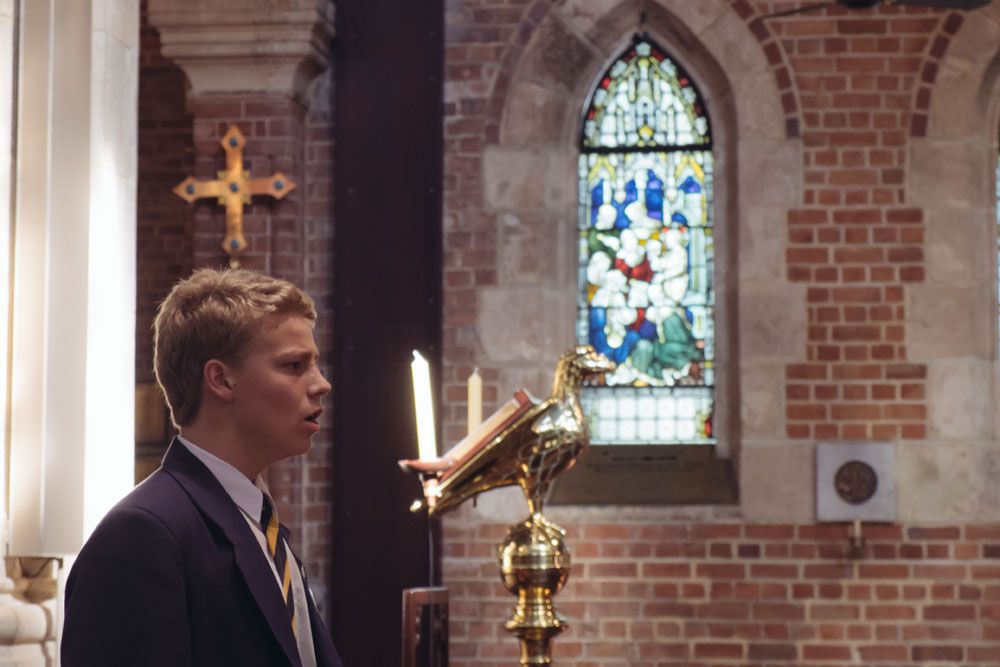 On Saturday 29 June, parents and friends of the School’s Rock Workshop program enjoyed an afternoon of rock’n’roll on the Chapel Forecourt lawn. Director of Music Kevin Gillam said the Rock Workshop Extravaganza showcased the talents of the Prep, Middle and Year 11 workshop groups, who are led by teachers Warren Hall, Joe Grech, Daniel Harper, Brendan Biddiss and Phil Bailey.

An audience of about 150 people enjoyed the bands’ sets with about 70 students performing mostly covers and some originals. At the end of the event, a Prep band featuring all Prep musicians and their tutors took to the stage to perform Deep Purple’s Smoke on the Water.

On 1 July, Christ Church’s jazz musicians performed at Perth’s premier jazz venue, Ellington’s, in yet another sold-out performance. The event, now in its fourth year, showcased the talents of Jazz Bands 1 and 2, the Jazz Combo and the Sax Ensemble, ably directed by Paul Millard.

Mr Gillam said this year, the Jazz Combo welcomed a guest vocalist and trombone player from St Hilda’s and congratulated vocalist Ashan Weerasooriya (Year 9) on a stunning performance of Bruno Mars’s Talking to the Moon. “The boys loved playing at the professional venue. It gives them a real insight into performing in a professional jazz environment and takes the event to another level.”

Seven of the Senior School’s talented student musicians performed a diverse program at St George’s Cathedral’s ‘Concerts at One’ to an audience of city workers, shoppers, tourists, families and friends. This recital series, performed by schools, universities and music schools, offer students an opportunity to demonstrate their talents as soloists or in small ensembles.