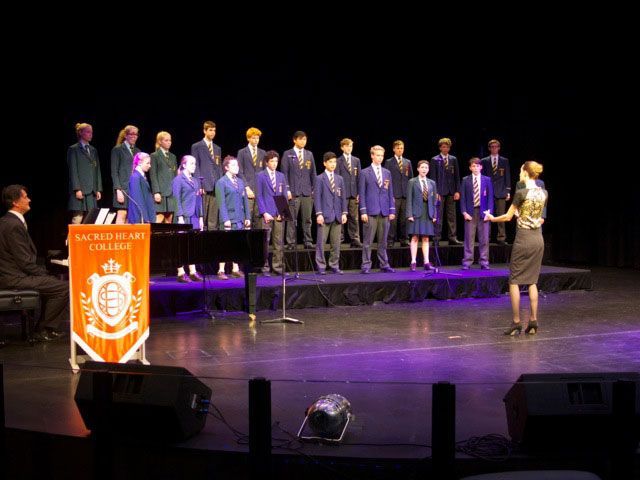 The Christ Church and Methodist Ladies’ College Combined Choir made its debut appearance on the eisteddfod scene recently. The combined choir was awarded second place in the Secondary School Choir category at the Joondalup Eisteddfod hosted by Sacred Heart College.

Miss Taylor said they were very pleased with the excellent adjudicator comments relating to the choir’s crisp diction, fine blending and disciplined performance in all three works. “They also commented on the strong vocal solos, performed by Cassandra Mattes (alto) and David Woods (tenor), in The Turtle Dove,” Miss Taylor said.

The choir received second place with a final score of 88 per cent. “The eisteddfod environment was new to some choir members and all are looking forward to furthering their development and competing strongly in the near future,” she said.

The performing arts competition, now into its 27th year, is one of the largest eisteddfods in the State.