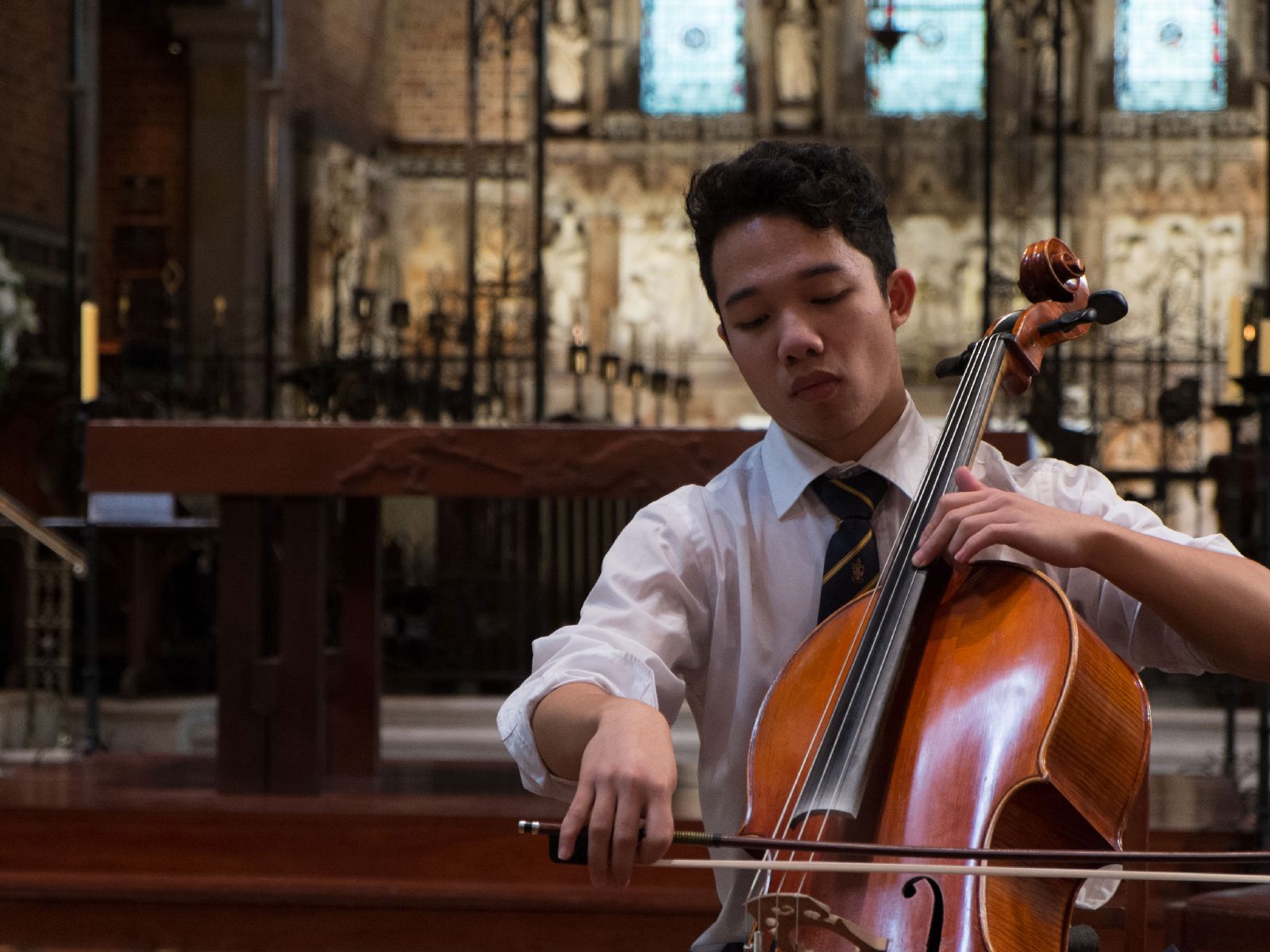 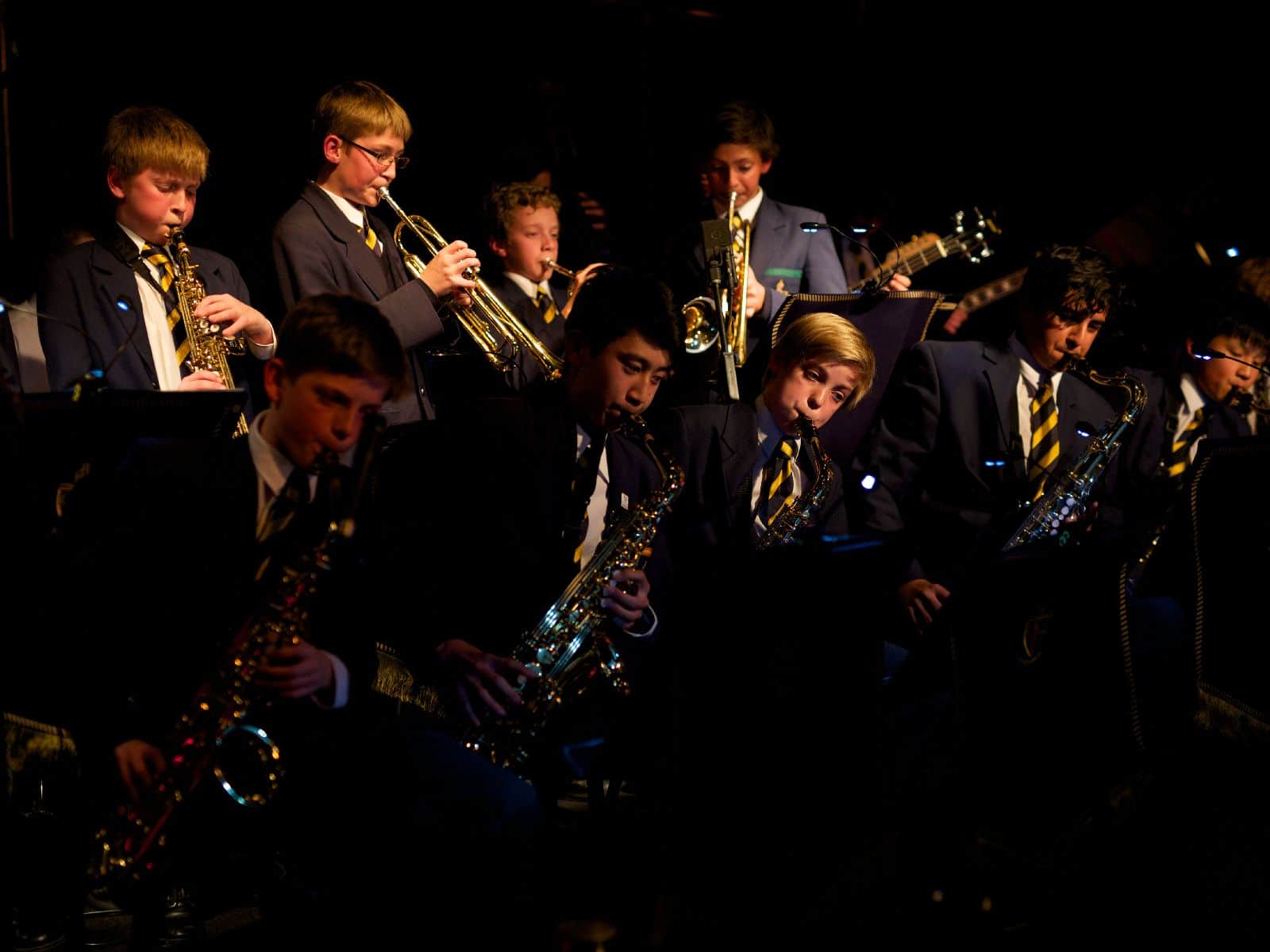 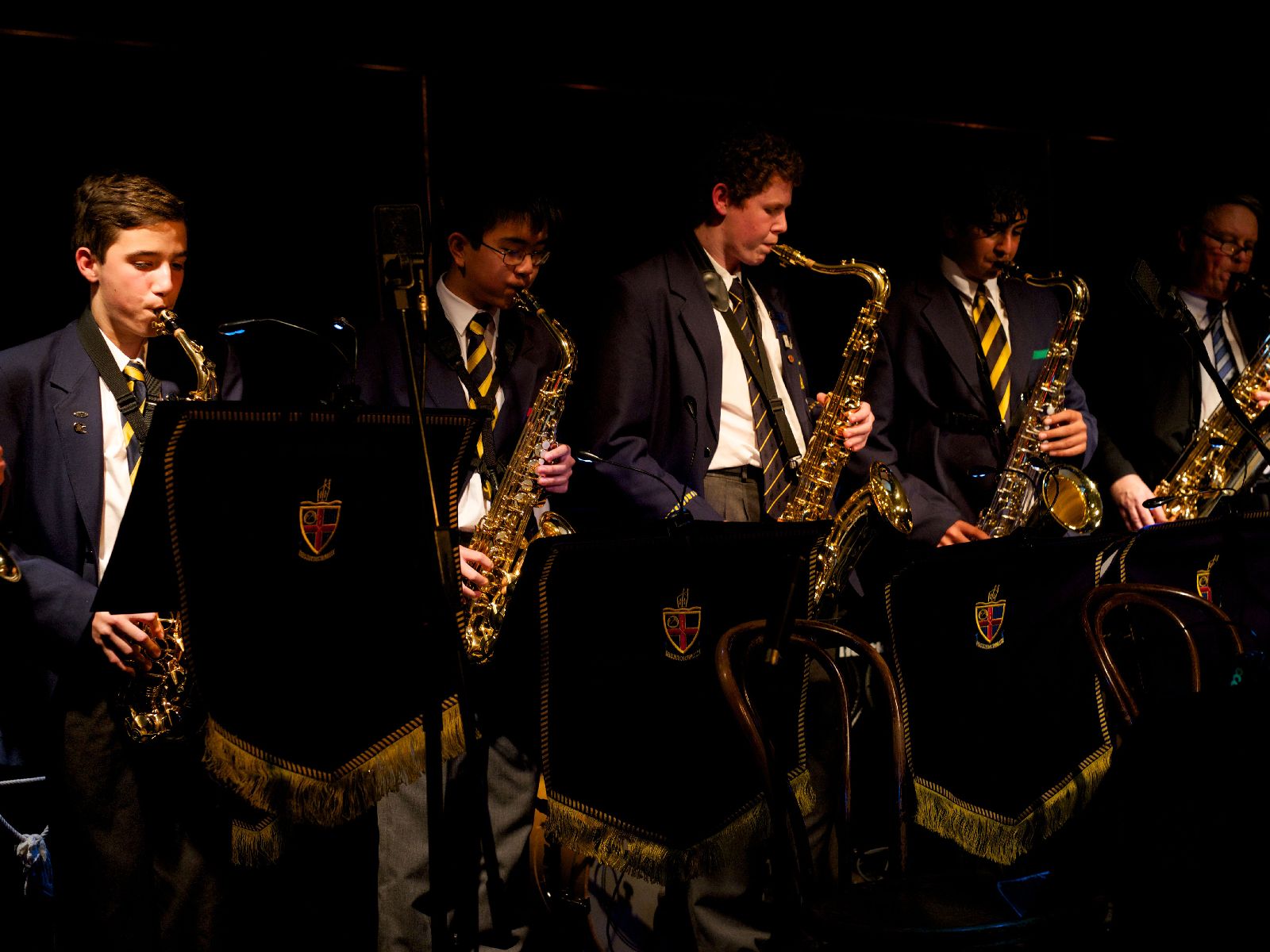 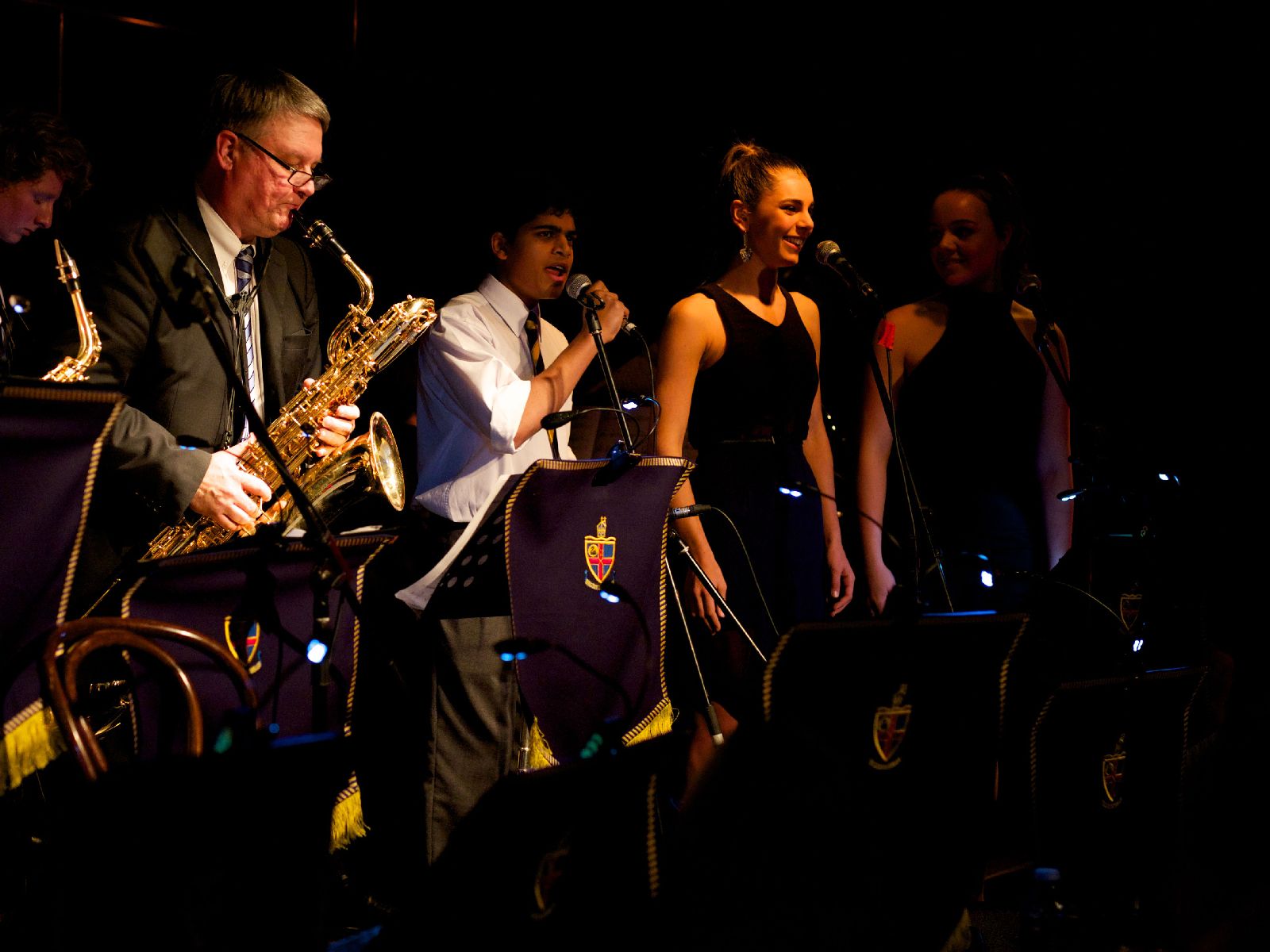 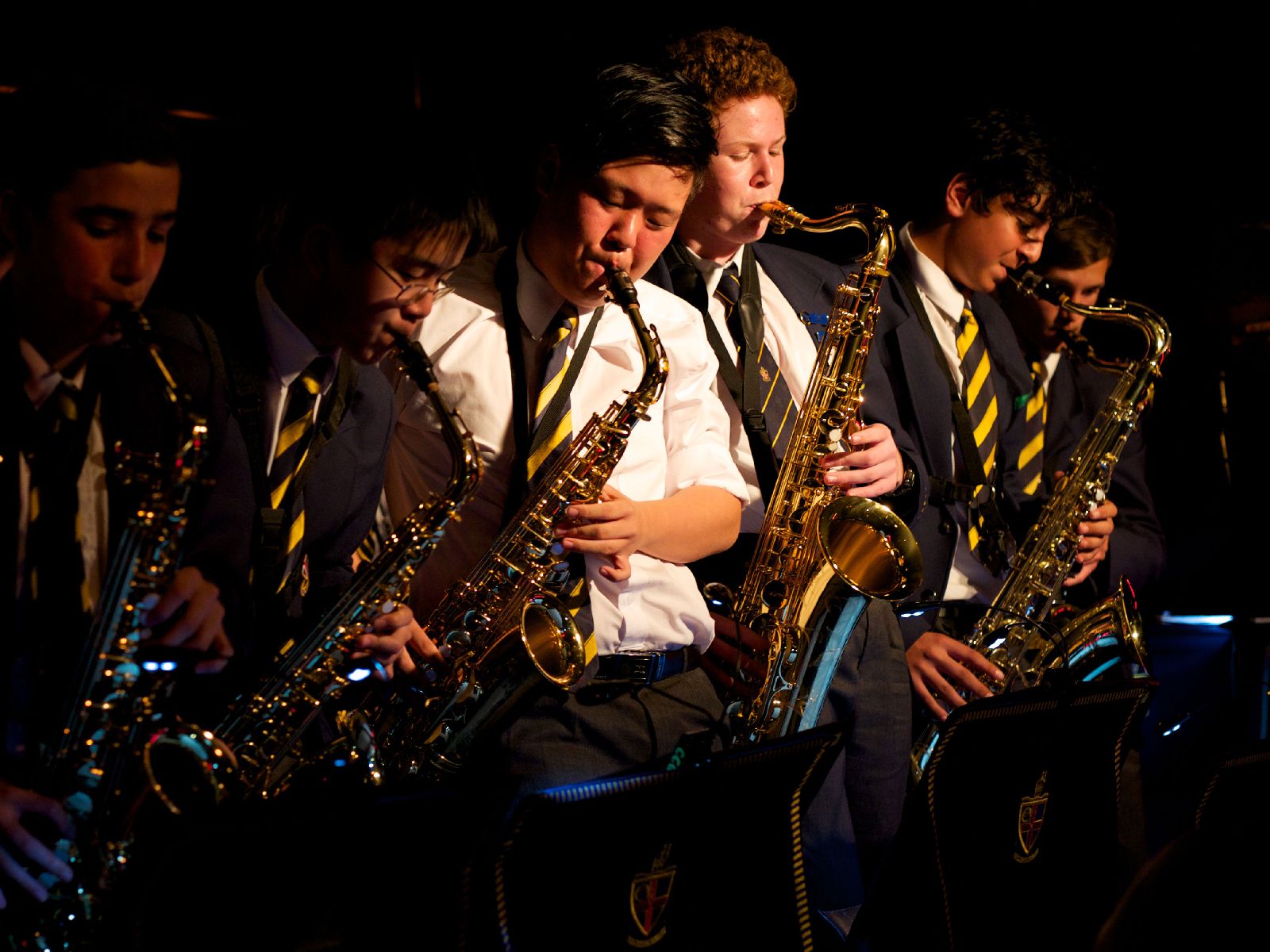 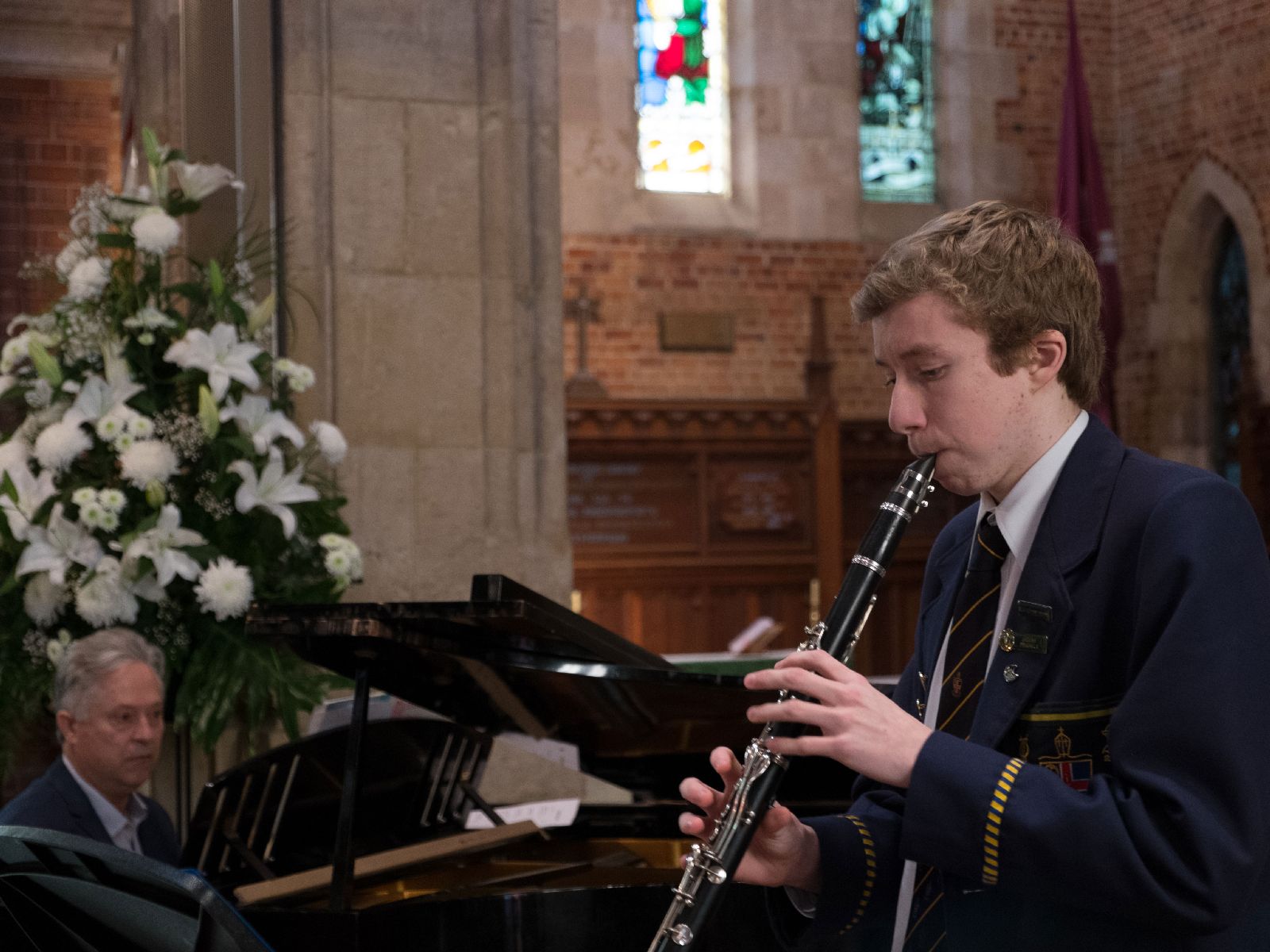 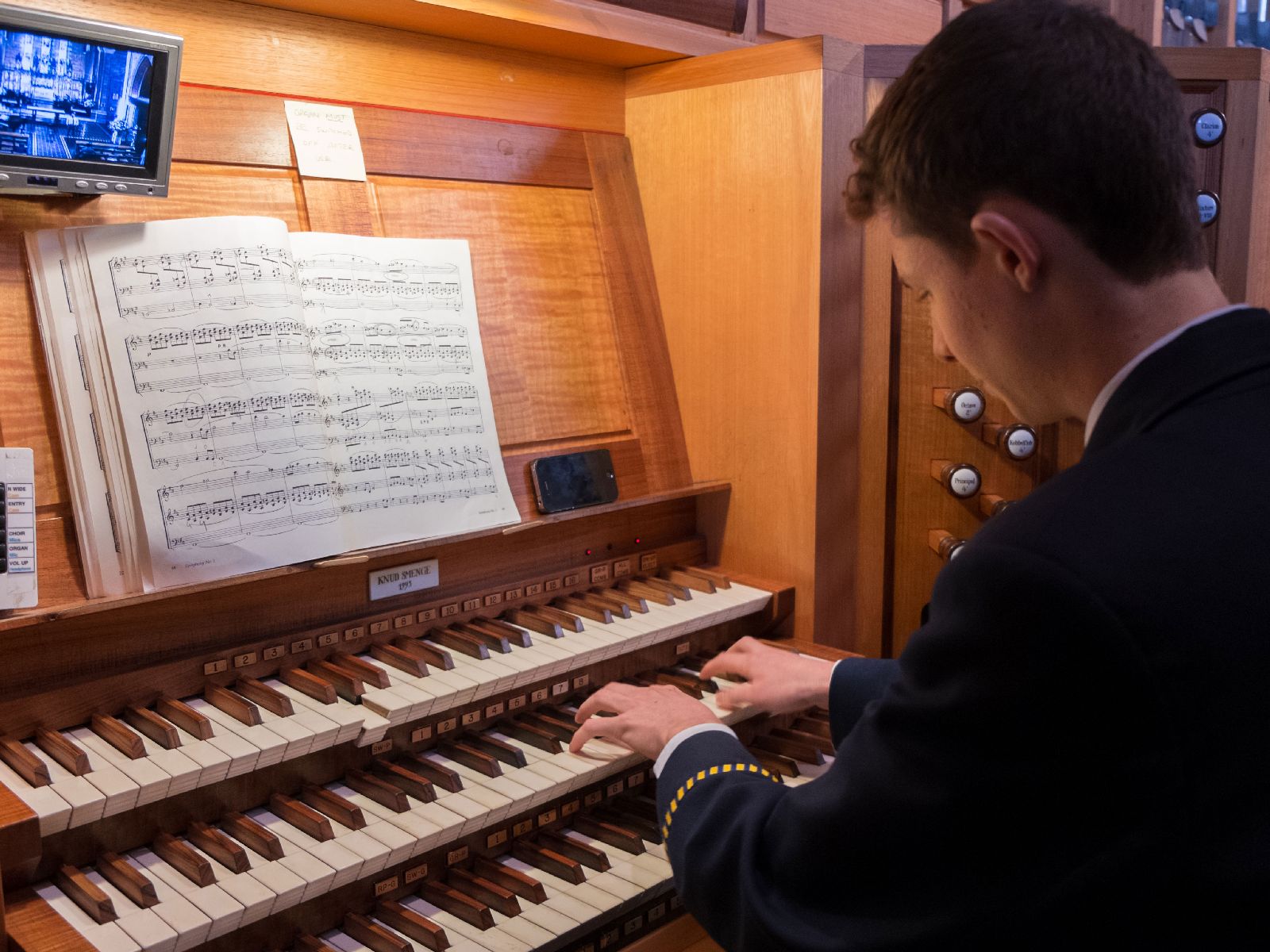 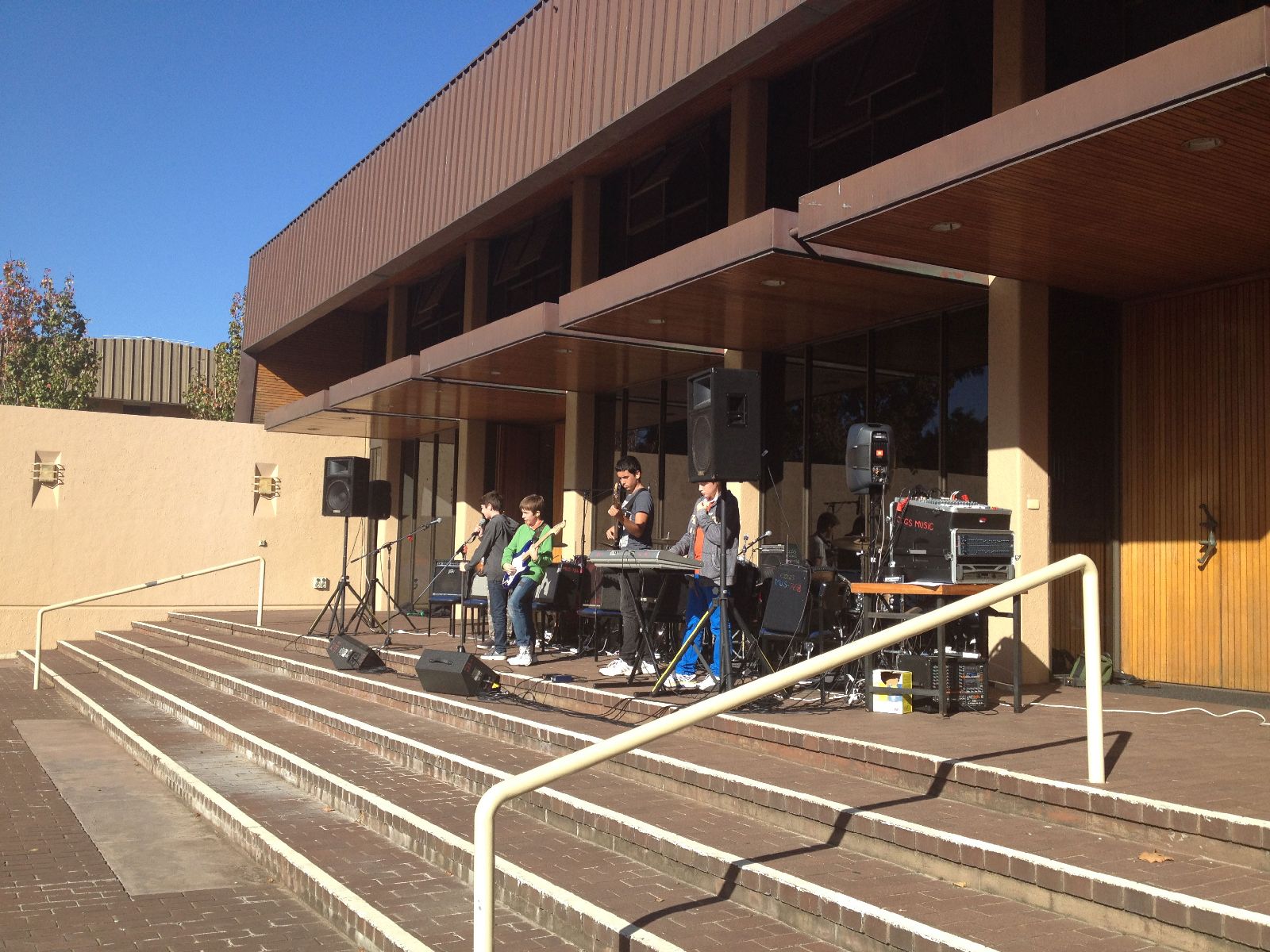 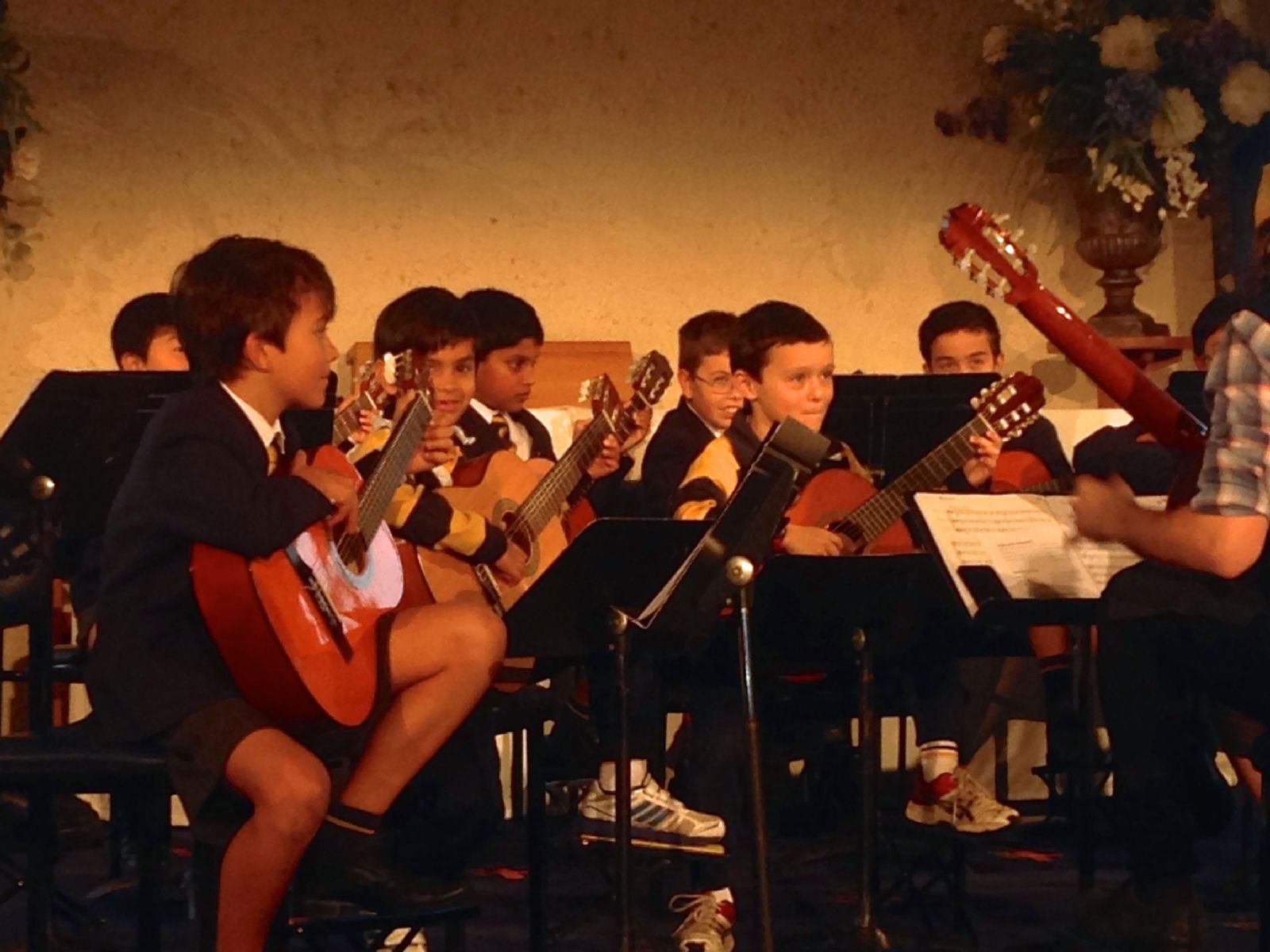 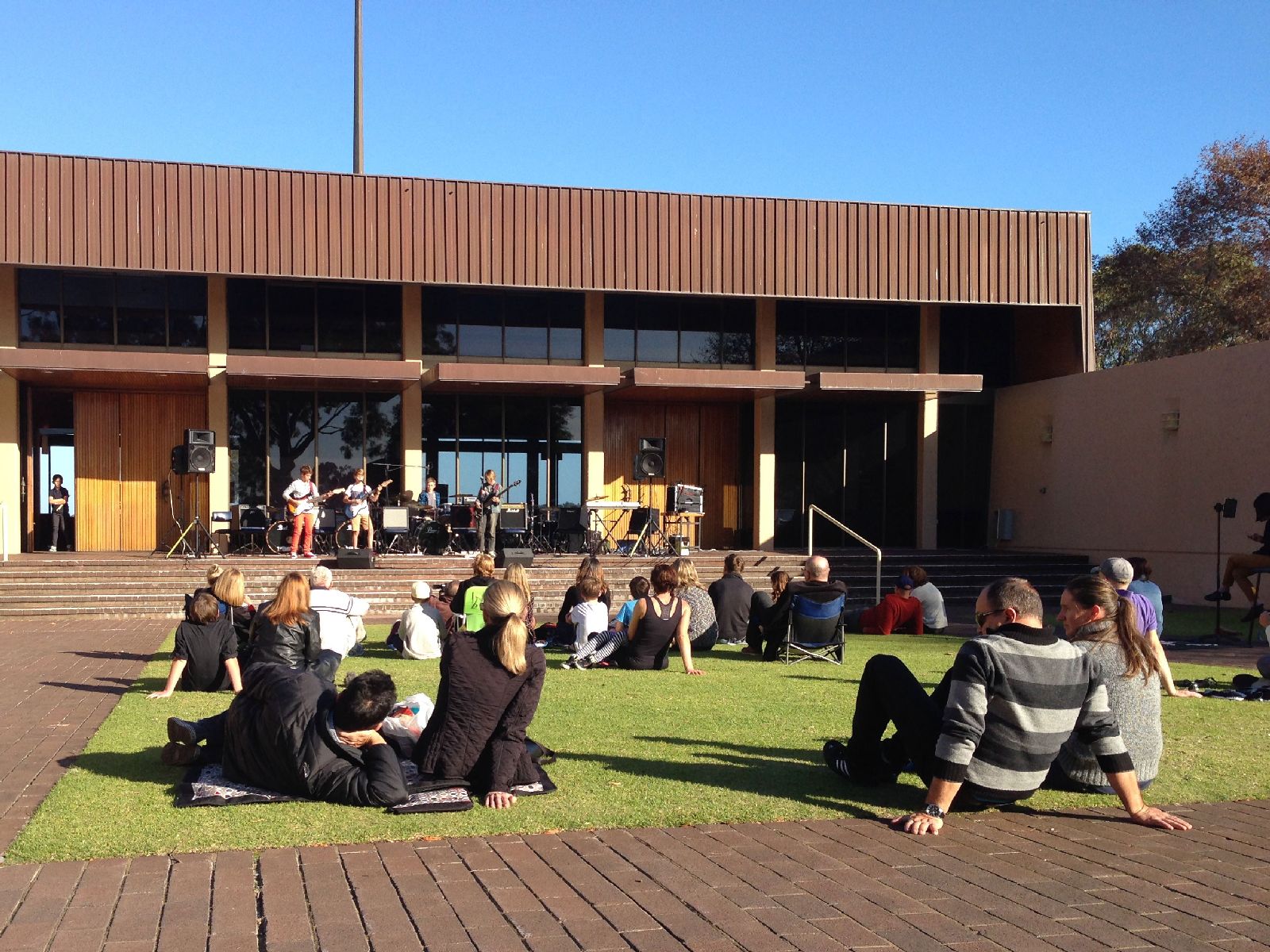 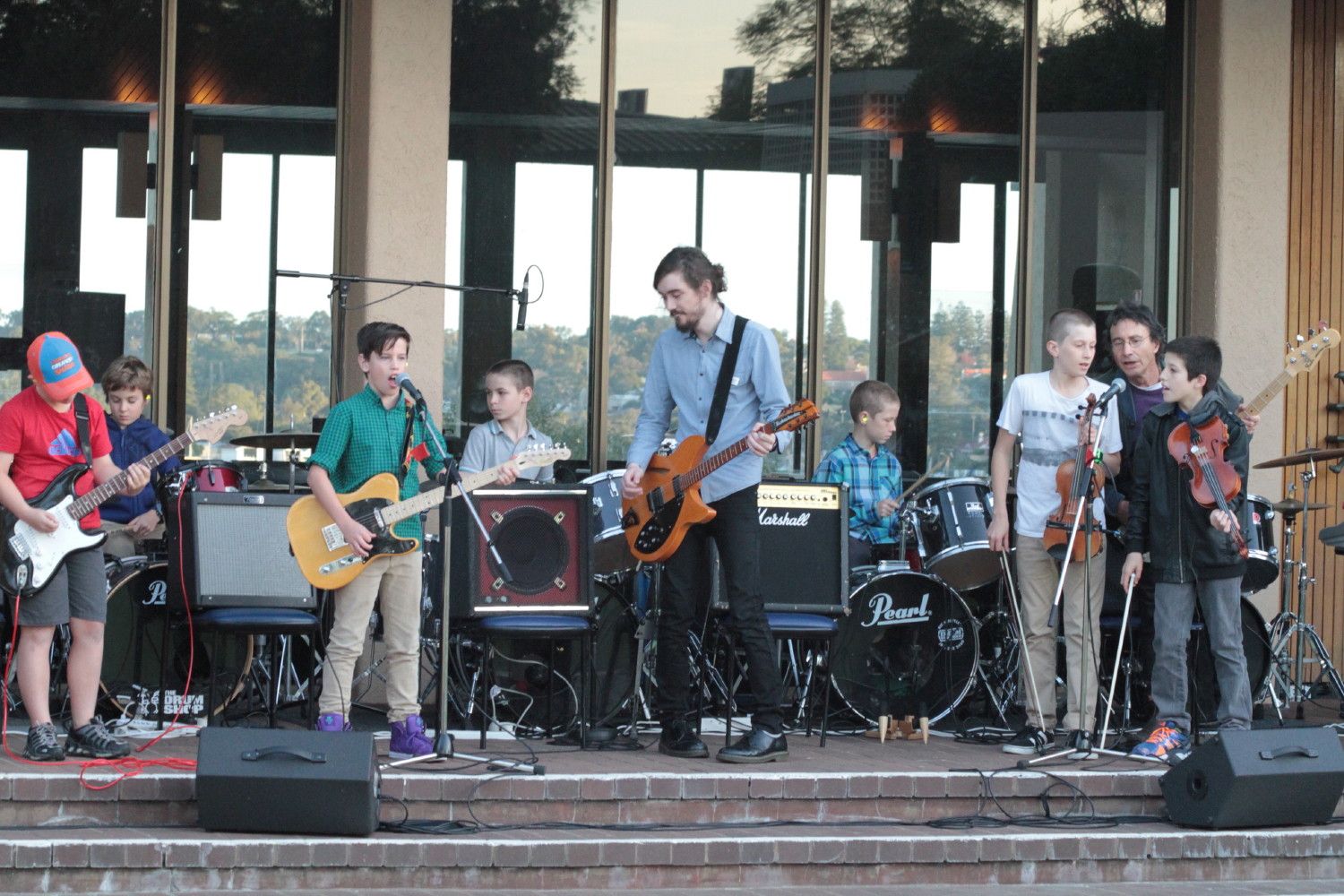 The inaugural Guitar Ensemble Concert, held in the Chapel on 21 June, showcased the growth and interest in classical guitar playing at the School over the past few years. Mr Gillam said the concert gave the two Senior School ensembles and Preparatory School ensemble as opportunity to perform to a wider audience. “It was very valuable for the younger guitarists to listen to and see the more experienced players perform,” he said. “The solo guitar piece from Julius Yu (Year 8) was outstanding – he is a rare talent!”

The Jazz Groups’ Night, held at the Ellington Jazz Club on 24 June, was once again a standout event with Jazz 1, Jazz 2, Jazz Combo and the Saxophone Ensemble performing extremely well. Mr Gillam said guest vocalists Mira Sertorio and Matilda Simcock, from St Hilda’s, and Christ Church’s Ashan Weerasooriya (Year 10) added another dimension to the night. “Ellington is an occasion for the jazz boys to perform in an iconic venue with great sound and lighting, and where the audience and parents can enjoy great music with a glass of wine and food,” he said.

The winter sun was shining on the second annual Rock Workshop Extravaganza, held on 28 June in the Chapel Forecourt, with about 120 people listening to bands from the Prep, Intermediate and Year 11 Rock Workshop programs. Highlights included Sam Bougher (Year 11) leading his band on vocals in a Mumford and Sons song and the Prep boys thumping out Queen’s Another One Bites the Dust. Mr Gillam thanked Friends of Music for running the raffle on the day, which raised nearly $500 towards ongoing funds to support the Rock Workshop programs.

Seven of the Senior School’s talented student musicians performed a diverse program at St George’s Cathedral’s Concerts at One recital to an audience of city workers, shoppers, tourists, families and friends. The series, performed by schools, universities and music schools, offers students an opportunity to demonstrate their talents as soloists or in small ensembles. Mr Gillam said highlights included Music Scholarship student Michael Lukin (Year 11) performing on organ and Julius Yu on guitar playing a piece of tertiary standard.