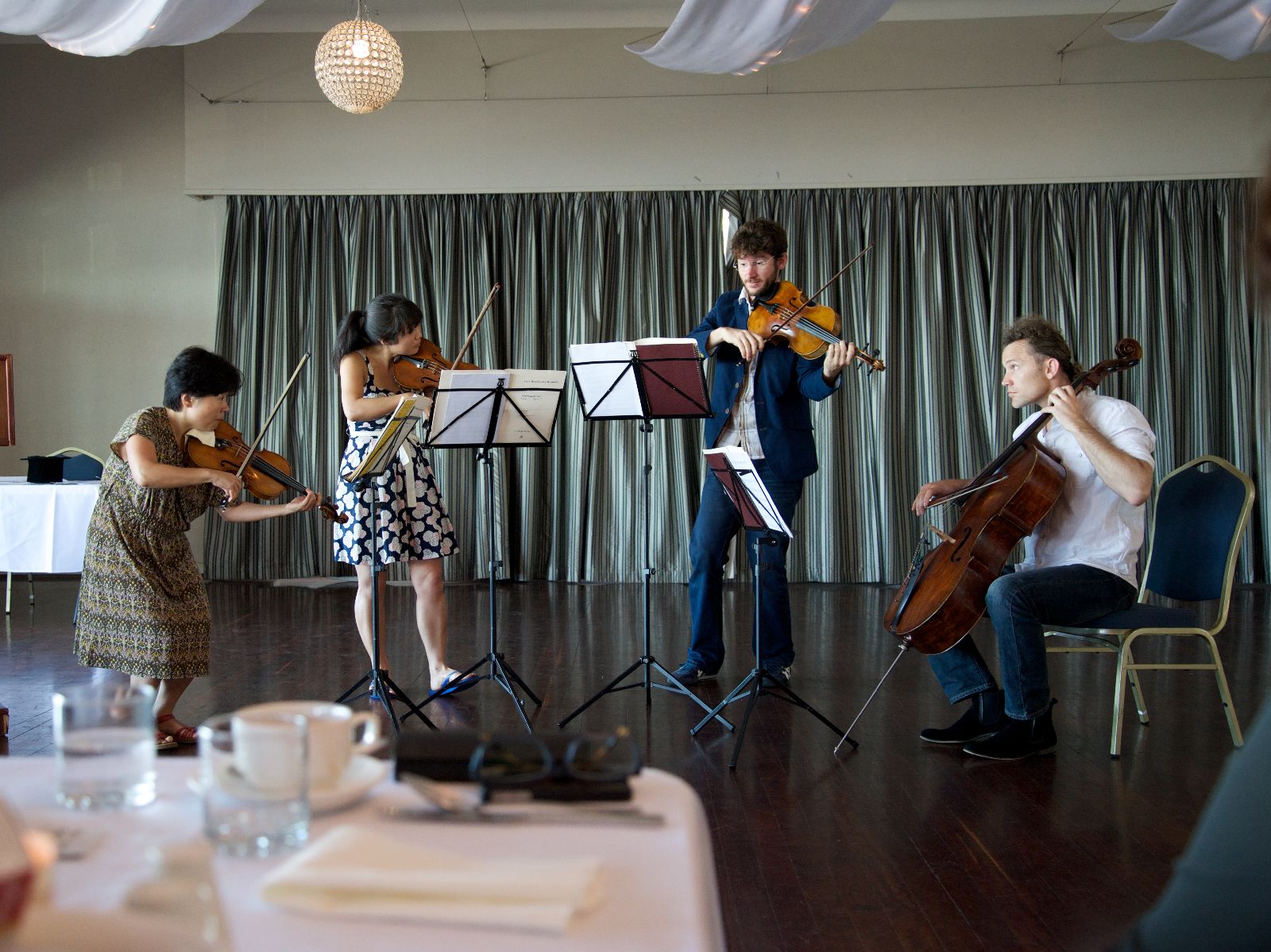 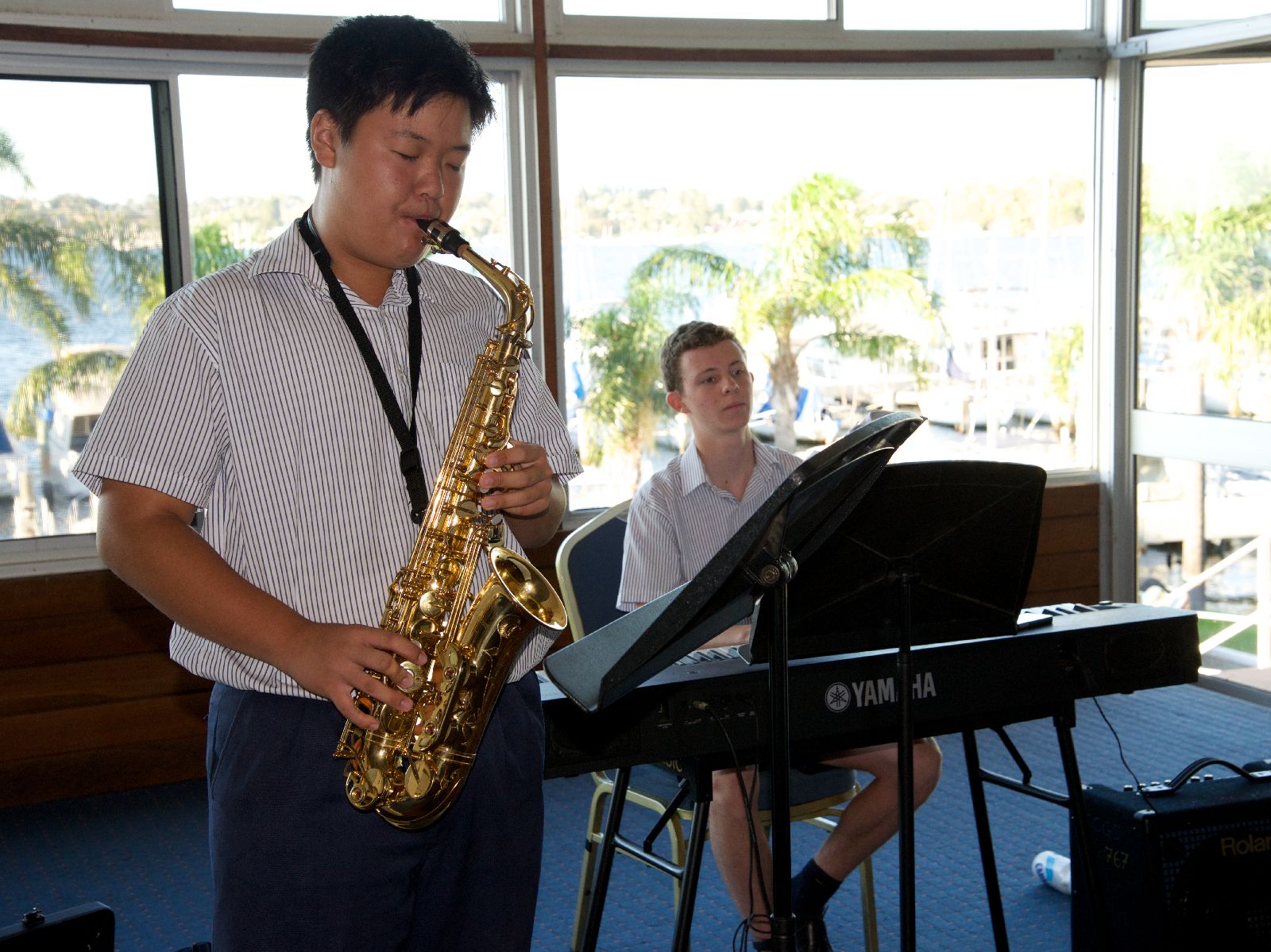 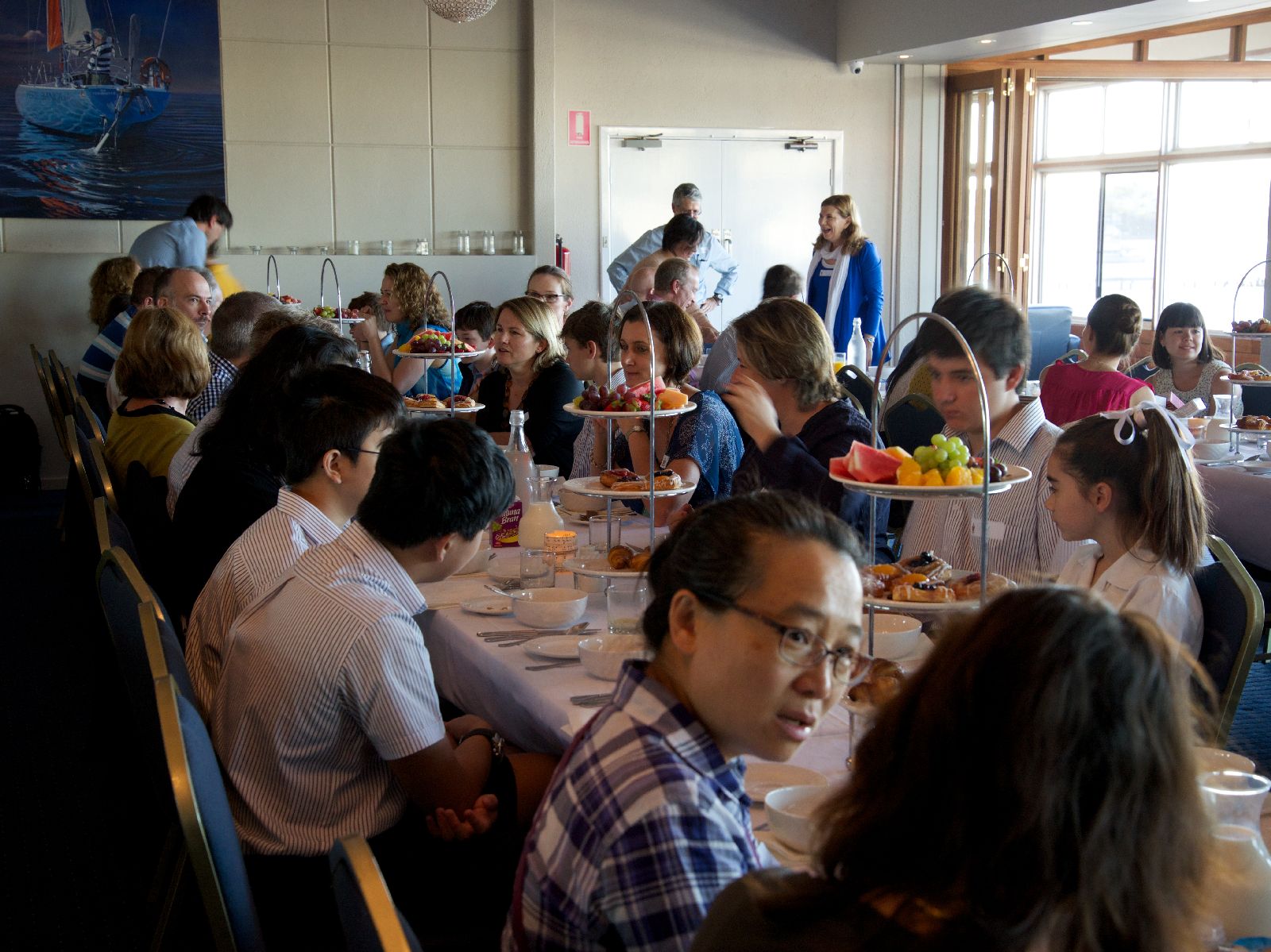 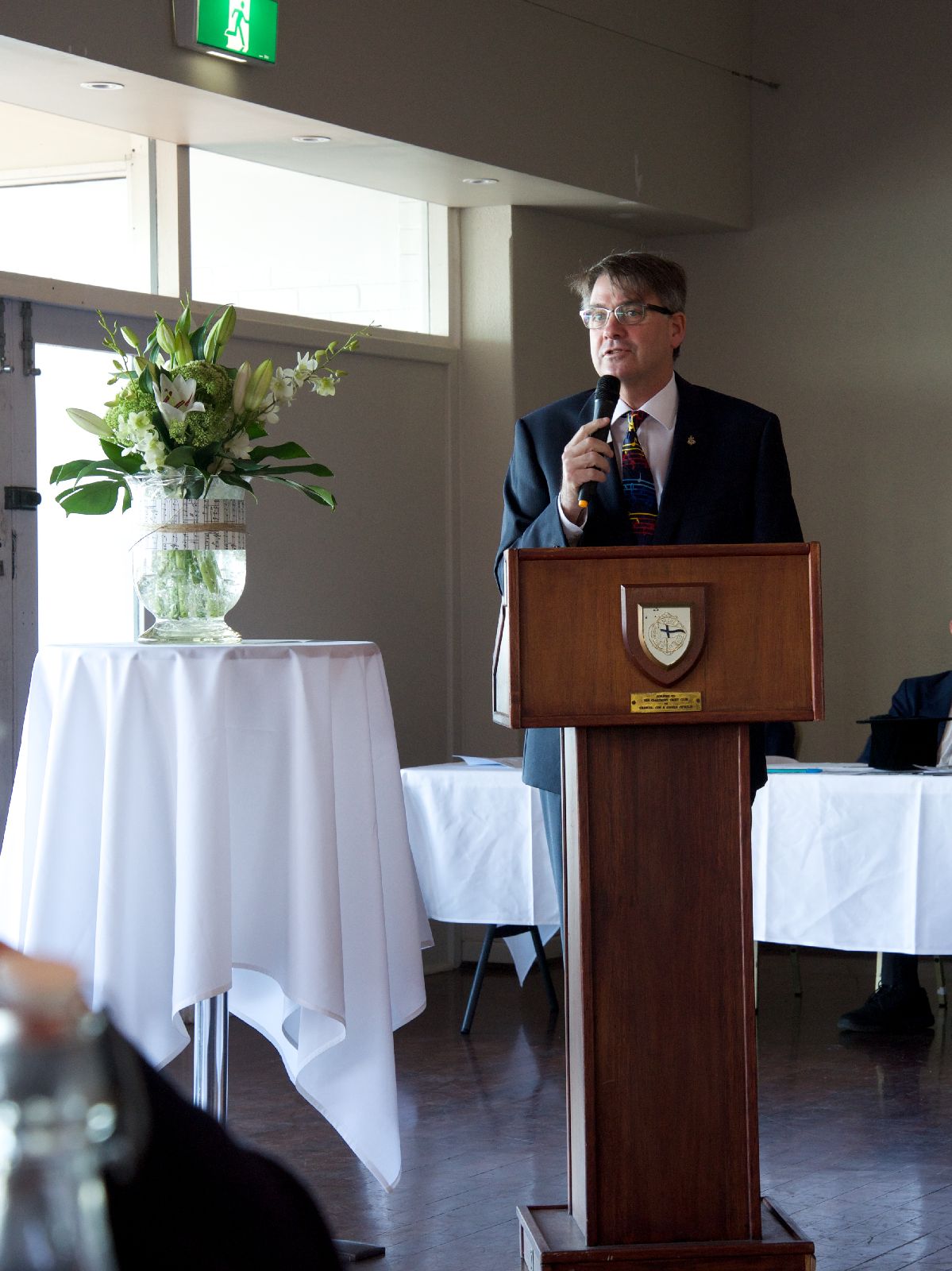 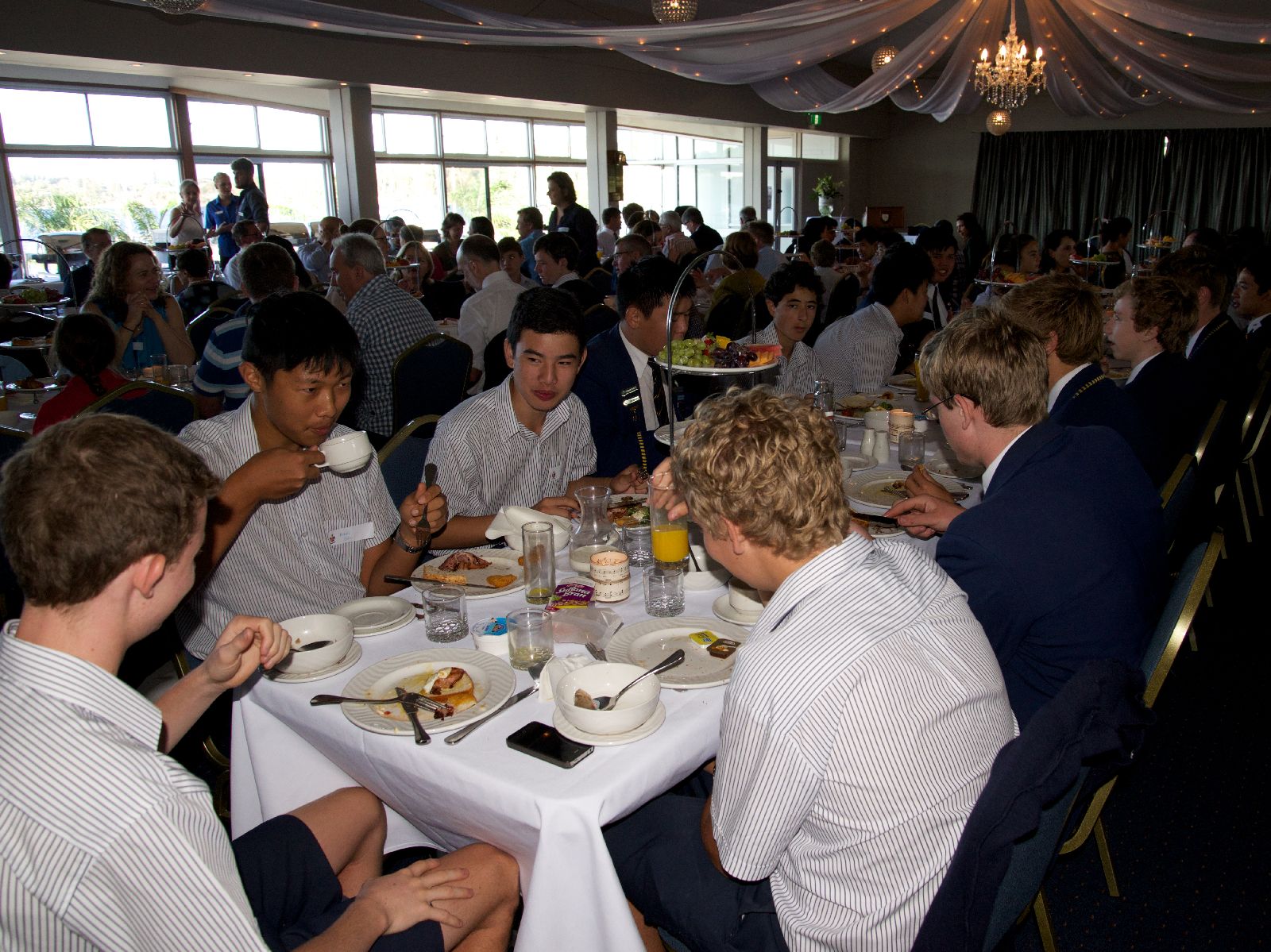 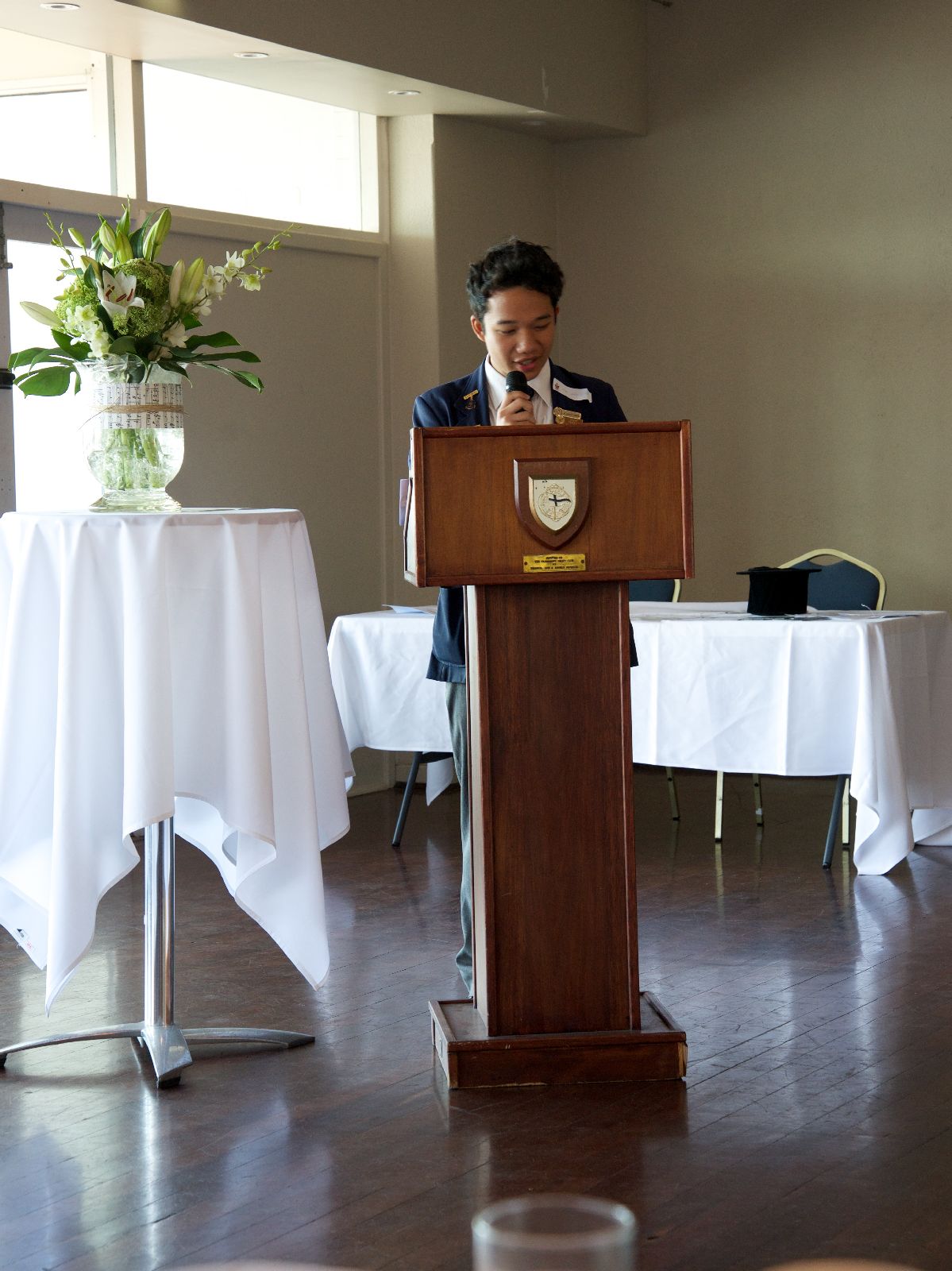 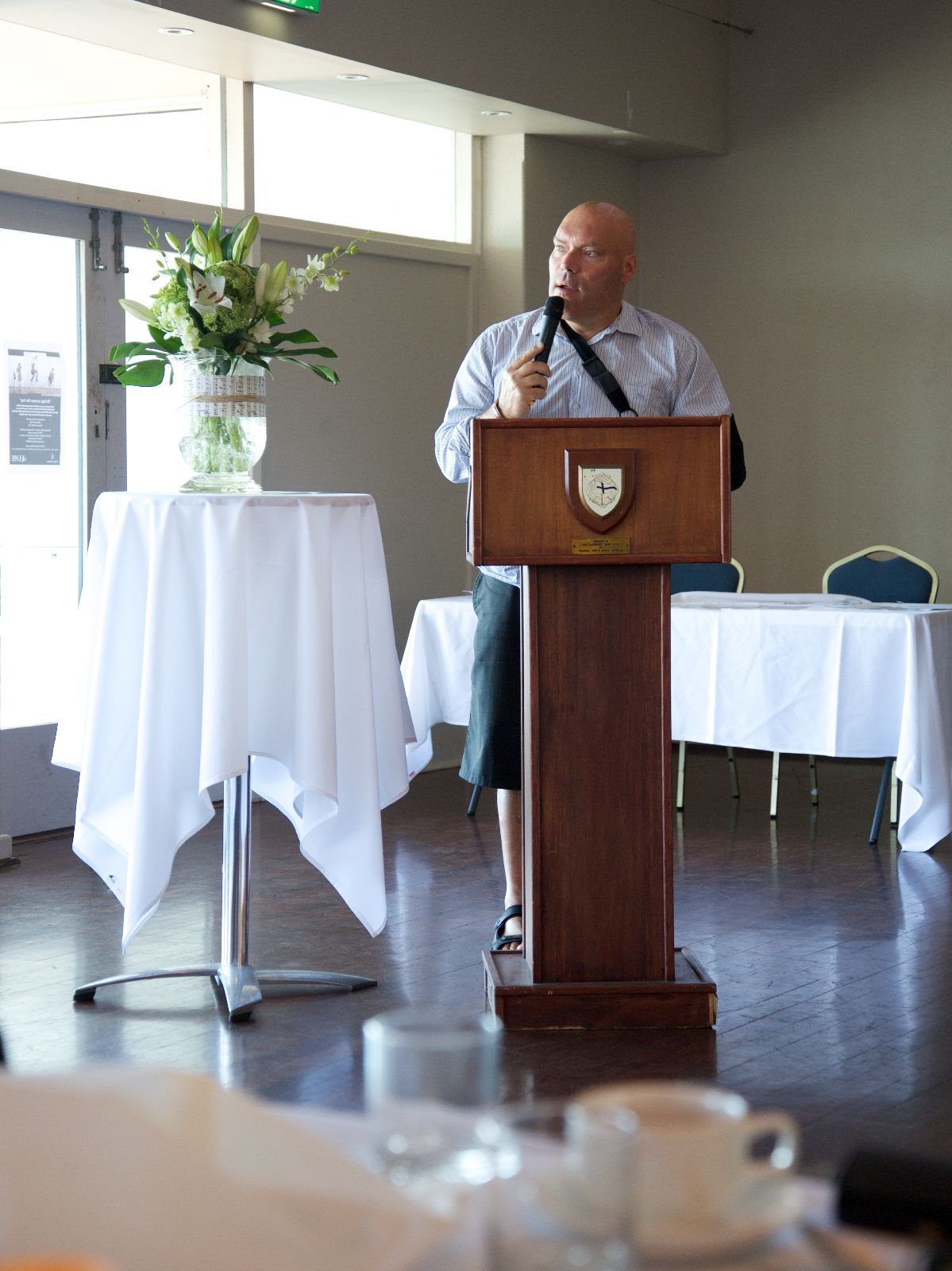 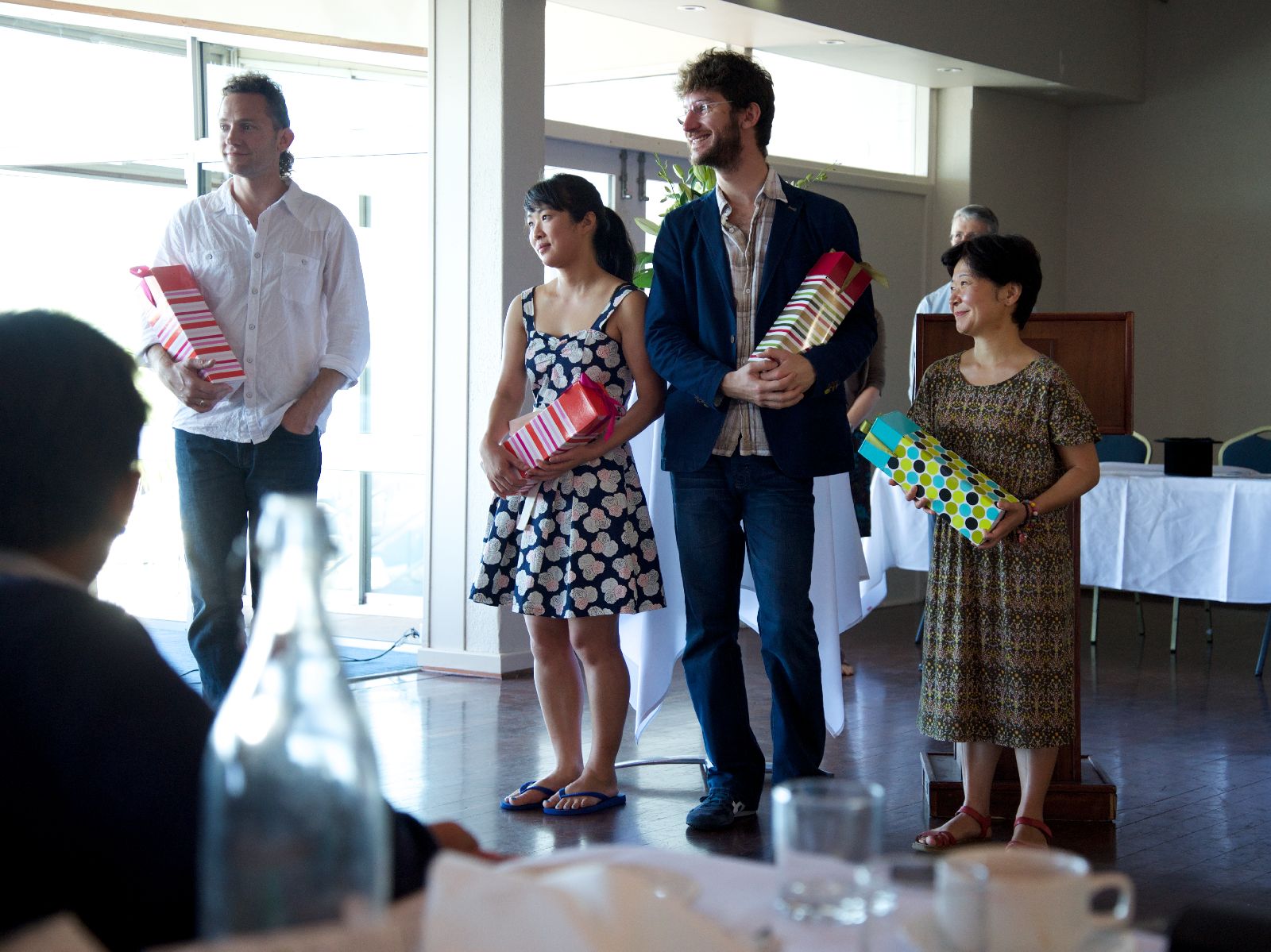 About 100 people, including boys, their families and teachers, attended the Friends of Music ‘Strings Across the Bay’ Breakfast at Claremont Yacht Club last week. Four members of the Australian Chamber Orchestra (ACO) performed for guests and spoke with passion about their musical journeys.

Friends of Music President John Lukin said the breakfast was the fourth event of its kind to be arranged by the parent group. “The aim of the annual event is to encourage young musicians at Christ Church on their musical journey,” he said.

Freshwater Bay woke to the sound of classical strings with Julian Thompson on cello, Rebecca Chan, and Aiko Goto on violin, and Alexandru-Mihai (Sasha) Bota on viola. Sasha, one of the newest members of the ACO, also played music inspired by his Romanian homeland and spoke of his love for music. “Some things in life will let you down but music will never let you down. It is food for the soul,” Sasha said.

At the age of 14, Julian was ready to give up playing the cello to spend more time surfing and playing sports. He encouraged music students to persevere with their music studies. “One day you will thank your mothers for taking you to those music lessons,” he said.

While studying medicine at university, Rebecca realised that she drew inspiration from playing the violin. She encouraged young musicians not to give up playing their instruments after they left school. Aiko, who is a great grand niece of the founder of the Suzuki violin school, spoke from the heart about her life-long love of music and playing the violin.