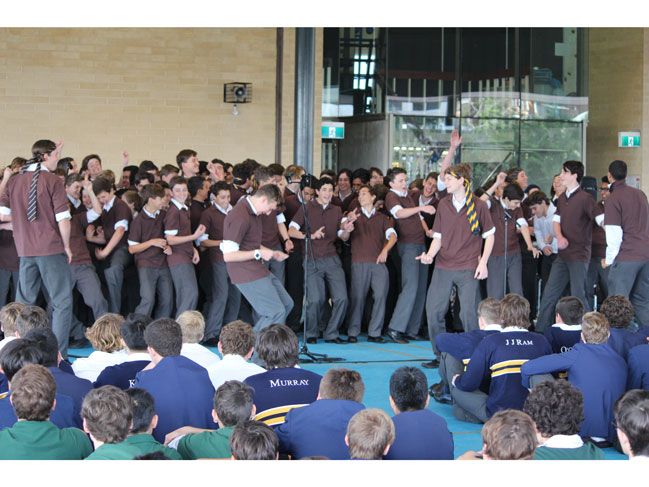 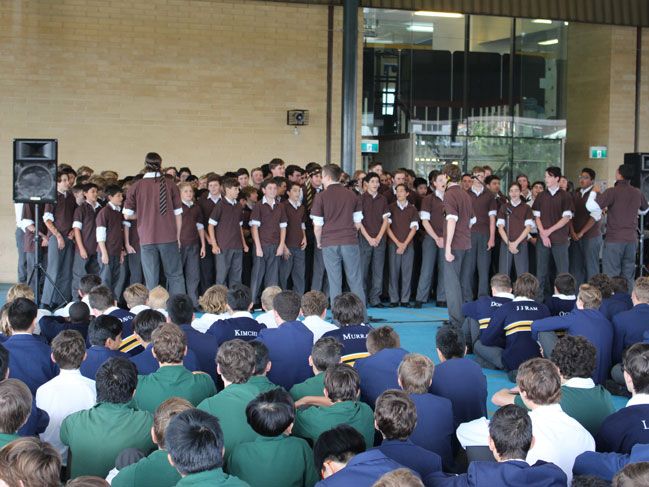 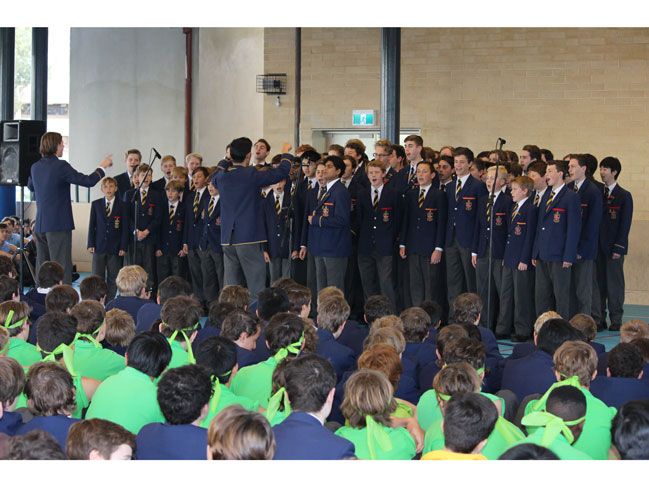 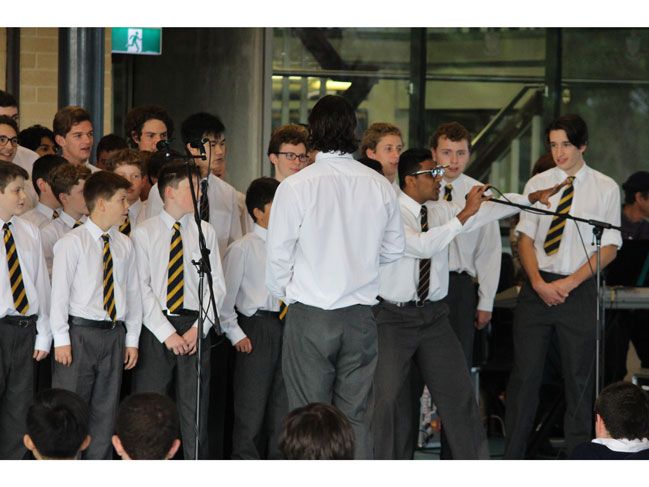 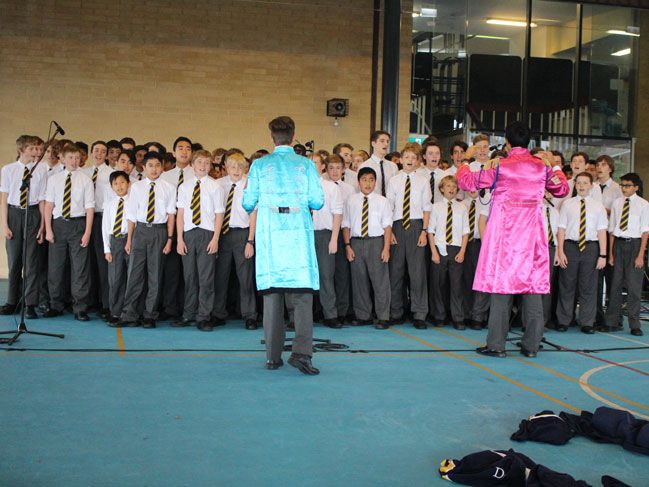 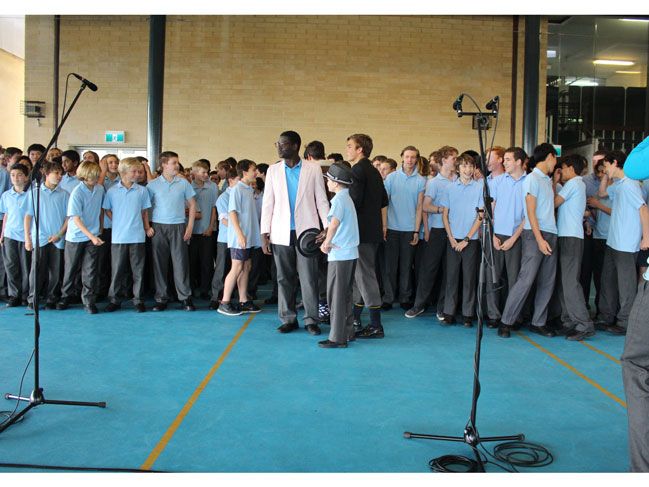 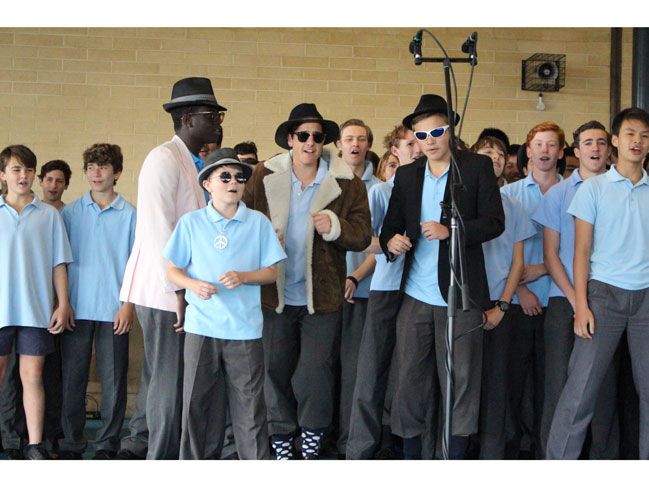 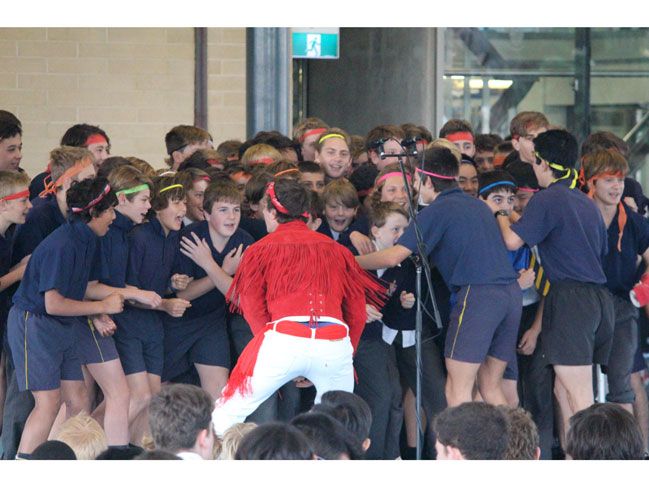 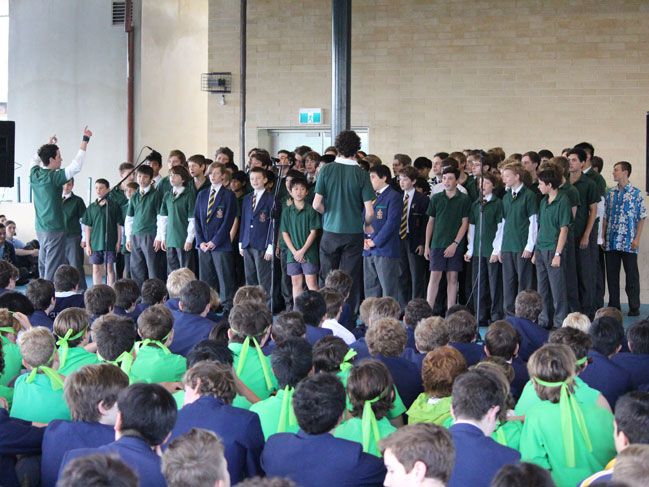 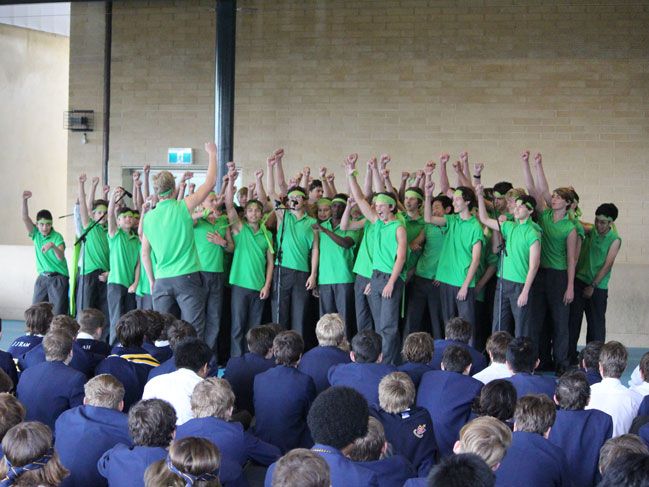 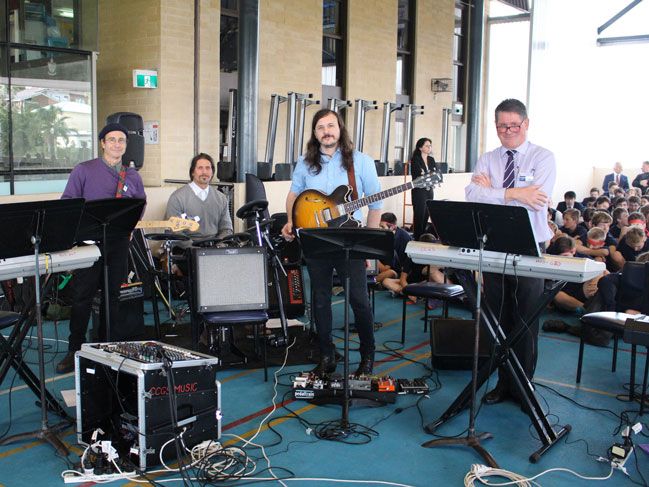 Senior School staff and students were given a rock ‘n’ roll experience on Thursday morning, when the House choirs performed classic hits from the past 60 years.

Noake were crowned House shout champions, captivating the audience with an energetic performance of Bryan Adams’ Summer of ’69. Queenslea and Hill were awarded second and third place respectively.

This year’s guest judge was MLC’s singing teacher and vocal coach, Gosia Slawomirski, who was impressed with the boys’ diction, quality of performance and inventiveness.

“Congratulations to all House choirs, you were incredibly enthusiastic and it was wonderful to see your performances,” she said.

Head of Music, Kevin Gillam, congratulated the boys on their performances and the staff who contributed to rehearsals. He made special mention of Phil Bailey who compiled the music and the House shout band with Mr Bailey (Bass Guitar), Warren Hall (Drums), Joe Grech (Guitar), Cassandra Podbury (Saxophone), Stephanie Harford (Electric Keyboards) and Christopher Draber (Keyboards).

The results of the annual House kite competition were also announced on the morning, with Romsey winning first place, followed by Moyes and Wolsey.

“Congratulations to everyone involved. You should all be very proud for making such a strong and dynamic visual arts team,” said Lawrence Mitchell (Year 12).